Two representatives from the British Library attended the recent conference, ‘The Digital Humanities + Islamic and Middle Eastern Studies’, hosted by the Middle Eastern Studies Department of Brown University in Providence, Rhode Island. Organised by Dr Elias Muhanna and held on 24-25 October 2013, this conference sought to bring together for the first time researchers and librarians using digital technologies in innovative ways to create and disseminate knowledge in the fields of Islamic and Middle East Studies

Throughout the lively conference discussion, particular themes were pursued that are very relevant to our own work at the British Library. Professor Beshara Doumani, director of Middle East Studies at Brown University, opened the conference by posing a number of important ethical questions about digital scholarship. For example, what ‘acts of violence’ are done to texts in the process of digitisation, translation, transliteration and indexing? What effect does the political economy of funding for digital projects have on the production of knowledge? 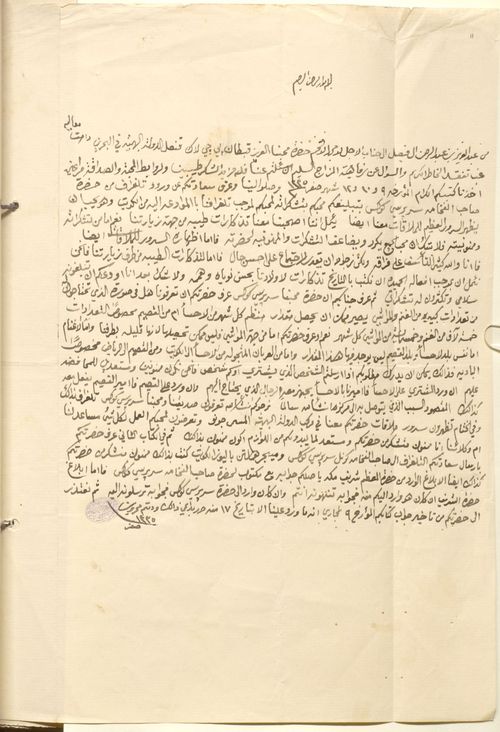 These questions became a running theme throughout the conference and were picked up by Travis Zadeh (Haverford College) in his talk “Uncertainty and the Archive: Reflections on Medieval Arabic and Persian Book Culture in the Digital Age”. He demonstrated how important textual elements are lost in the modern proliferation of searchable digital forms of Arabic and Persian classical texts. Moreover, he showed how certain genres of literature, for example, manuscripts on the occult and magic, are often excluded from digitisation projects since they reflect a social history that is at odds with organisations that fund and produce these new digital archives.

Other highlights from the conference include the keynote speech of Dr Dwight Reynolds (Professor of Religious Studies, UCSB), who focused on the monumental Sirat Bani Hilal Digital Archive. This archive contains audio recordings of poets and musicians from Upper Egypt whose artistic legacy would otherwise be lost. This resource also constitutes a teaching tool, with English translations, written transcriptions from Arabic oral recitations of the thousand-year-old epic, and an explanation of the historical background of the text.

Dr Afsaneh Najmabadi (Harvard) presented her important project Women’s Worlds in Qajar Iran in a talk entitled “Making (Up) an Archive: What Could Writing History Look Like in a Digital Age?”. She introduced ways in which technology can be used to document and disseminate objects central to social and cultural history that would not normally be accessible to researchers using administrative and national archives. These objects include women’s household items, dowry registries and marriage contracts, family letters and personal photographs, as well as oral history interviews.

The difficulties and possibilities of using text mining techniques for the querying of biographical dictionaries were presented in a talk by Dr Maxim Romanov (Tufts) entitled “Abstract Models for Islamic History”. Dr Romanov accessed 29,000 biographical records to search for names, toponyms, and dates that allow the researcher to trace cultural or religious developments over an extended period or large geographical expanse. You can download a full copy of his fascinating paper here.

Dr Kirill Dmitriev (St Andrews University) presented the Language, Philology, Culture: Arab Cultural Semantics in Transition project to develop The Analytical Database of Arabic Poetry which will include comprehensive data on the vocabulary of early Arabic poetry (6th-8th centuries AD) in the form of an electronic dictionary.

Yemeni Manuscript Digitization Initiative’s partners, Princeton University Library and Free University, Berlin, to create the groundwork for the preservation of manuscripts in private libraries in the Yemen together with the Imam Zayd ibn Ali Cultural Foundation.

Serat Selarasa, Javanese manuscript digitised through the Ginsburg Legacy. King Kusywari attacks a Muslim sage who had interpreted his dream of three rainbows which burnt his palace as representing three princes who will overcome the country and become the new rulers. British Library MSS.Jav.28, f.19v.

Posted by Annabel Gallop at 4:08 PM