The Malay Story of the Pig King

One Malay manuscript in the British Library never fails to attract the attention of visiting scholars from Malaysia and Indonesia.  The manuscript is not beautifully illuminated or especially old, nor does it contain a text of great historical or literary value.  But everyone is intrigued by its title, Hikayat Raja Babi, ‘The Story of the Pig King’ (Add. 12393), highly unusual in a Malay Muslim milieu, where pigs are regarded as unclean animals staunchly avoided and best ignored.  What’s more, this Pig King is described as a paragon of courage and nobility.

Hikayat Raja Babi tells of the adventures of a prince who came to the world in the form of a pig.  Most Malay works of fantastical literature are anonymous, and are only known today from manuscripts that are probably multi-generational copies of the original composition, and which have usually been embellished by each succeeding scribe.  The manuscript of Hikayat Raja Babi is quite exceptional in opening with a lengthy note by the author, explaining why, how and when he came to write the tale.  The story was written by Usup ibn Abdul Kadir, a merchant from Semarang of Indian descent from Cooch in west Bengal (peranakan Kuj), during a trading voyage to Palembang. Having no success, he anchored in Sungai Lawang and consoled himself by writing this story, and completed it in twenty days, on 10 Zulkaidah 1188 (12 January 1775).  He begs his readers not to mock or scorn his unruly letters or his handwiting which had run wild, mengamuk – familiar as the Malay word which has entered the English language as ‘amok’. 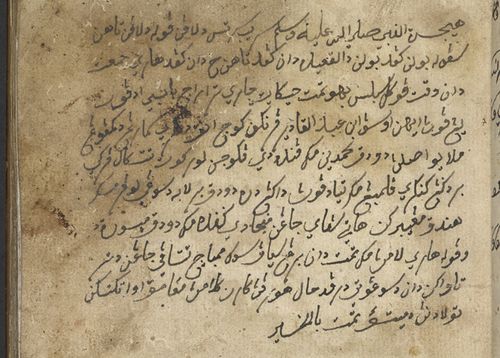 The story was evidently well appreciated in Semarang, for it passed from the author’s possession to three generations of owners, who recorded their names on its pages: Muhammad Salih (f.105r); Ismail ibn Muhammad Salih (f.105r); and Encik Amaladin ibn Ismail Muhammad Salih (f.2r), who asks anyone who borrows the book to be sure to return it as soon as they have finished reading it.  The manuscript was subsequently acquired by John Crawfurd, who served in the British administration in Java from 1811 to 1816, and whose collection of Indonesian manuscripts was sold to the British Museum in 1842.  No other manusript of this story is known to be held in any other library.

So what is Hikayat Raja Babi about?  The story starts by describing how this Pig King was so brave and strong that no other king could match him.  But what happened next?  The answer, alas, is unknown, for despite the flurry of interest always aroused by its title, Hikayat Raja Babi has never been studied or published.  If anyone would like to be the first to do so, just click here and start reading! 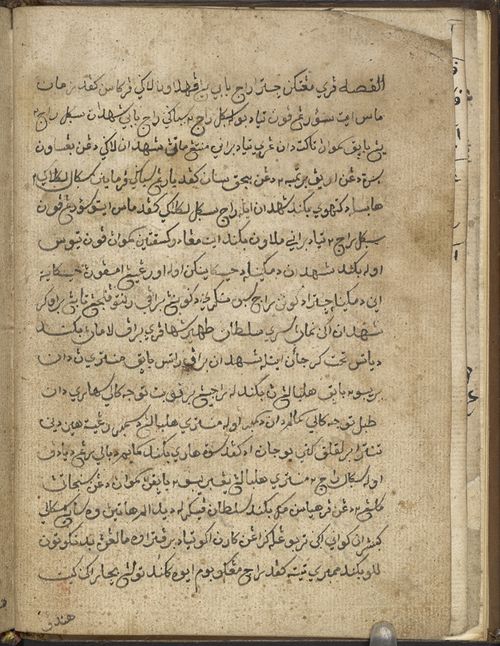 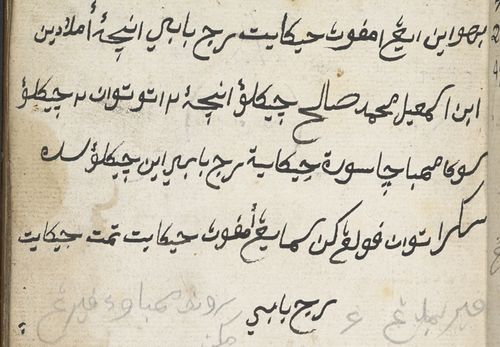