At the time of his death on 28 February 1969, Charles Dalrymple Belgrave had not set foot in Bahrain for more than a decade. Yet for over 30 years – between 1926 and 1957 – when he served as Adviser to the rulers of Bahrain, Sheikh Hamad bin Isa Al Khalifa (reigned 1923-1942[1]) and Sheikh Salman bin Hamad Al Khalifa (1942-1961), Belgrave was an immensely powerful figure in the country and played an instrumental role in its development during this period. 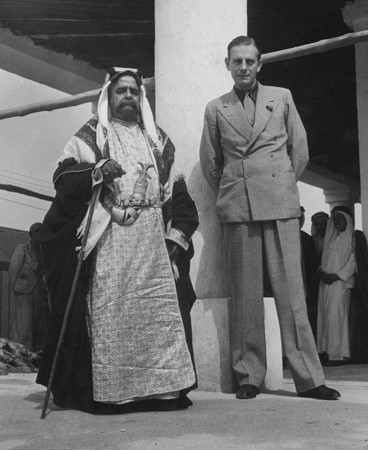 Born in England on 9 December 1894, Belgrave was educated at Bedford School and Oxford University. After leaving Oxford he joined the British Army and during WWI he served in Egypt, Sudan and Palestine with the Imperial Camel Corps Brigade. After the war, he served as an administrator in the Siwa Oasis in Egypt before becoming an administrative officer in the British mandate of Tanganyika Territory (formerly German East Africa).

In the summer of 1925, while on leave in London from his posting in Tanganyika, Belgrave saw an advertisement for a vacancy in the personal column of The Times newspaper that was to transform his life.

Young Gentleman, aged 22/28, Public School and/or University education, required for service in an Eastern State. Good salary and prospects to suitable man, who must be physicially fit: highest references; proficiency in languages an advantage. Write with full details to Box S.501, The Times, London E.C.4.
(The Times, 10 August 1925)

Belgrave applied for the post and after a series of interviews with British Government officials (including the British Political Resident in the Persian Gulf, Francis Prideaux) he was offered the position of Adviser to Shaikh Hamad bin Isa Al Khalifa, the ruler of Bahrain. A letter Belgrave wrote to Prideaux in September 1925 reveals that he had conveniently forgotten his own age when he applied (he was 31 at the time and the upper age limit was 28). 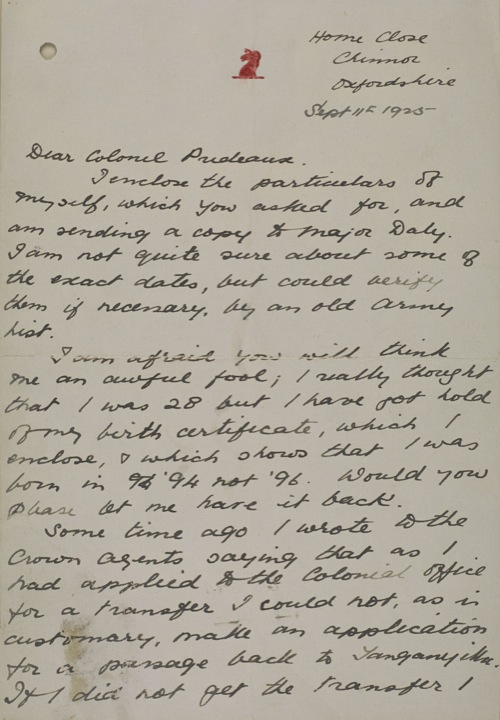 Before setting out for Bahrain, Belgrave completed a three-month Arabic course at the School of Oriental and African Studies in London in order to refresh his Arabic and married his fiancée, Marjorie Lepel Barrett-Lennard. The newly-married couple arrived in Manama in March 1926 having combined their journey to Bahrain with their honeymoon.

Belgrave began his new role at a tense time in the country, Shaikh Hamad had been installed as ruler by the British only three years earlier when his father Shaikh Isa bin Ali Al Khalifa had been forced to step down. This had led to lingering tensions between Shaikh Hamad and factions within Bahrain – including members of his own family – that supported his elderly father, Isa. 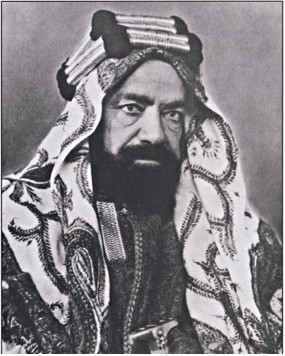 Belgrave was Adviser to Shaikh Hamad bin Isa Al Khalifa, the ruler of Bahrain (pictured above) from 1926 until Hamad’s death in 1942. Source: Wikimedia Commons

Though Bahrain was nominally independent, Britain had dictated its foreign policy since the 19th century, before consolidating its power over the islands in 1900, with the creation of the post of British Political Agent in Bahrain. Although Belgrave was an employee of the Shaikh and not the British Government, as his hiring process clearly demonstrates, his position was closely tied to the colonial aims of the British in the region. Belgrave swiftly became a powerful figure in Bahrain and came to be known simply as ‘The Adviser’ (المستشار). He essentially ran Bahrain’s government, was the head of its police force and – in the absence of an organised legal code – personally operated its courts. Belgrave oversaw a programme of modernisation that saw the creation of an education system, a police force, a health service and an extensive series of public works (including roads, power stations, piers and airports). This transitional period also saw a centralisation of power and the consolidation of both the British and Al Khalifa family’s position in Bahrain. Belgrave was also instrumental in supporting oil exploration in the country, which was the first in the region to discover oil, in 1932. 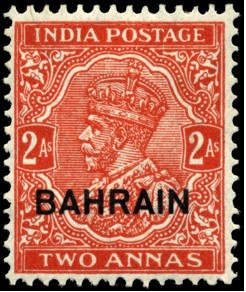 A 1935 Indian postage stamp picturing King George V that is marked for use in Bahrain. Source: Wikimedia Commons

Belgrave is an extremely visible presence in the records of the Political Agency, Bahrain, and elsewhere in the India Office Records held at the British Library, with a very large amount of correspondence and other papers bearing his name, paying testimony to the range of matters he covered and to his great attention to administrative detail. In fact, Belgrave’s fastidious attention to detail was something for which he was criticised. In May 1941, Charles Geoffrey Prior, the British Political Resident in the Persian Gulf wrote to his superiors in India that Belgrave had a “tendency to waste time on trivialities”. In the same letter, Prior also claimed that Belgrave’s increasing aloofness had caused a drop in his popularity and that he “and the other Bahrain officials have had their way for so long without any supervision, inspection or control that they have become a society of self-satisfied Czars”. 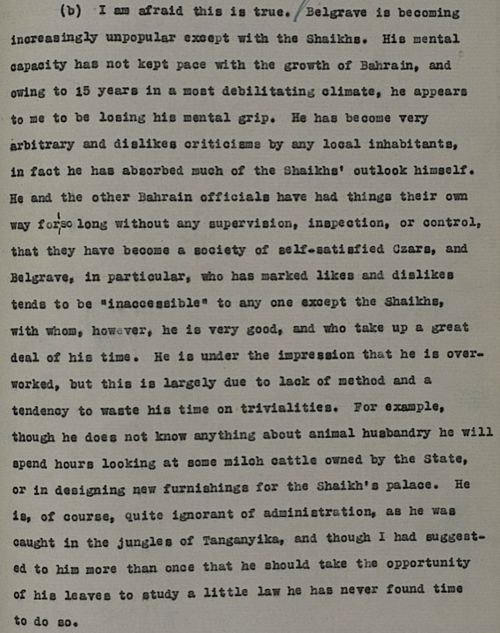 Prior’s concern was prescient as by the 1950s Belgrave had become an unpopular figure in Bahrain; many Bahrainis had grown angry at the amount of power that was centralised in his hands. Belgrave had come to embody British Imperialism in the Middle East at a time of fervent Arab nationalist activity and when, after the Suez Crisis, Britain’s standing in the region had reached a nadir. Belgrave was viewed by many in Bahrain as an impediment to the country making the transition to a democracy and as shown in this BBC archival clip from 1956, calls for him to leave the country were at the forefront of the demands of protestors at the time. As one protestor stated to the BBC reporter, “Belgrave is not just an adviser – he is the judge, and when he goes to the court he is also the police commandant. He is everything in Bahrain, he is not an adviser.” Eventually, in April 1957, Belgrave was forced to leave and was never to set foot in Bahrain again.

Once back in the UK, Belgrave wrote an autobiography named Personal Column which offers a fascinating insight into his life and the development of Bahrain during this period. In the book’s conclusion, Belgrave states his belief that if a more liberal system of government is to be introduced in Bahrain, it should be done so gradually and that any attempt to “rush the process” would be “disastrous” - a clear expression of the attitude that eventually made his position in the country untenable and forced him to leave. Ultimately, Belgrave’s legacy in Bahrain remains a contentious issue, but it is one that anyone wishing to understand the modern history of Bahrain must seriously engage with.

More stories related to the modern history of the Gulf can be found on the British Library's Untold Lives blog.

[1] Note: some do not recognise Hamad’s reign as formally beginning until the death of his father, Isa in 1932.

Posted by Ursula Sims-Williams at 11:59 AM