In a widely-read recent blog post, Digitisation’s most wanted, Melissa Terras – Professor of Digital Humanities at University College London – investigated the most frequently downloaded or accessed items in various digital libraries.  Her blog opened with a ‘surprising’ fact: the most popular item in the National Library of Scotland’s digital collection is not the last letter of Mary Queens of Scots, not the collections of original material relating to famous Scottish writers such as Robert Burns, Robert Louis Stevenson and even J.K. Rowling, but:  A grammar and dictionary of the Malay language : with a preliminary dissertation, by John Crawfurd, published in 1852, which is accessed by hundreds of people every month, mainly from Malaysia.  True, surprising to many people – but not to scholars of Malay, who know Crawfurd well not only for his grammar and dictionary and the Descriptive dictionary of the Indian islands of 1856, but also for his invaluable collection of Malay, Javanese and Bugis manuscripts which he sold to the British Museum in 1842, and which are now held in the British Library. 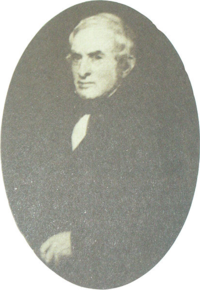 John Crawfurd (1783-1868) was a Scottish physician who joined the East India Company in 1803.  In 1808 he arrived in Penang, where he began his studies of Malay, and in 1811 he accompanied Lord Minto and Thomas Stamford Raffles on the British invasion of Java, where he served as Resident of Yogyakarta until the British withdrawal in 1816.  He later became the second Resident of Singapore from 1823 to 1826, and also led diplomatic missions to Siam, Indochina and Burma. After his final return to London in 1827 Crawfurd lived a long life, during which time he published the work which has become such a hit in the digital age. 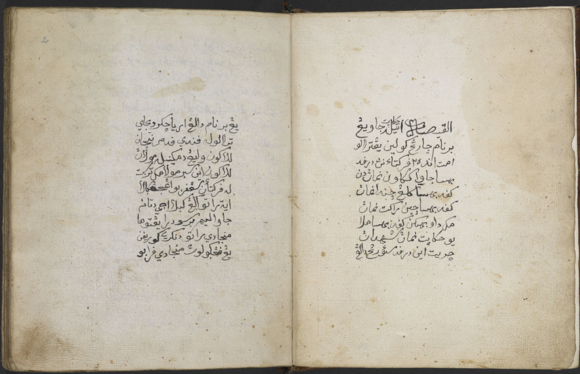 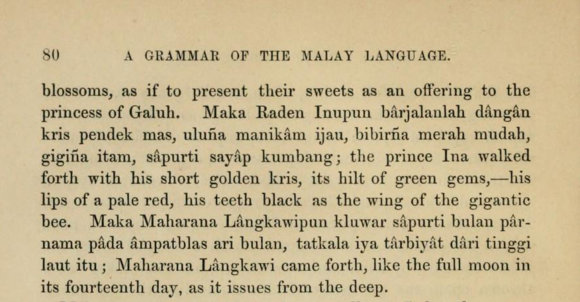 A page from Crawfurd’s Grammar (1852), p. 80, with quotations from a Malay text about Raden Inu.  National Library of Scotland. 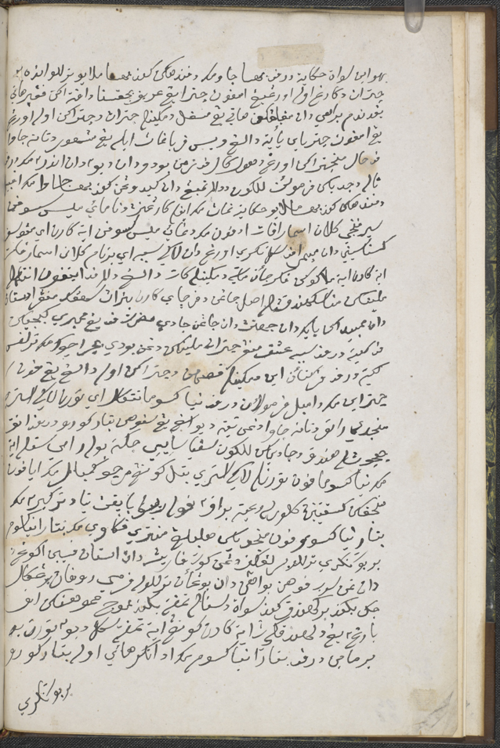 In Melissa Terras’s blog she explored the various social media sites by which people accessed digital items.  And what about the digitised Malay manuscripts in the British Library?  Here too we know that Twitter and Facebook play a significant role, as does our blog – the post of 18 November 2013 about our digitised manuscript of Hikayat Raja Babi, ‘The Malay story of the Pig King’ has had over 5,000 views so far.  Which is YOUR favourite digitised Malay manuscript, and why?  Please let me know!  annabel.gallop@bl.uk

Posted by Annabel Gallop at 3:36 AM

More information on Crawfurd is available in Oxford Dictionary of National Biography (http://www.oxforddnb.com), and also in D.G. Crawford's "Roll of the Indian Medical Service, 1615-1930", on the open access shelves in the Asian & African Studies Reading Room