Although Tanabata on the 7th of July has become increasingly commercialised, and events which heavily promote it as an especially romantic night for couples have proliferated in recent years, major popular star festivals tend to be celebrated around 7  August, i.e. one month later than the 7th of July. This is a compromise to keep regular annual events on the same date every year but bring the date as close as possible to the traditional night of the 7th day of the 7th lunar month.  Strictly speaking, in the solar calendar the equivalent of this lunar date would change each year – in 2014 it would fall on the 2nd August. In this first part of a two-part post, we are going to explore the cultural side of the story of Tanabata, while in the second part we will take a scientific approach to identify the reasons for celebrating the festival on the date based on the traditional lunar calendar.

The festival as we know it today has evolved from three different cultural strands. The first is the Japanese old tradition of Tanabatatsume (棚機津女meaning ‘Weaving girl’); the second is the star story from China; and the third is Kikkōden (乞巧奠 meaning the ‘Festival of Wishing for Skills’), which was also introduced from China to Japan.

First of all, Tanabatatsume were specially chosen shrine maidens who dedicated themselves to weaving a holy cloth for Shintō deities in ancient Japan. It was possible to identify their prototype in Japanese mythology as the legend of virgins who served the Sun Goddess by weaving for her. 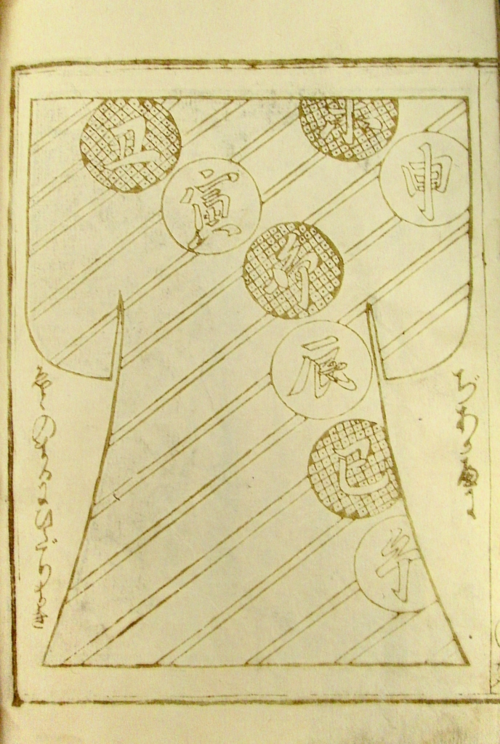 Secondly, the original Chinese star story reached Japan sometime during the 7th century. According to the legend, there was a boy and a girl who fell in love so deeply that they became blind to everything else such as their weaving and herding work. Unfortunately, there was no happy-ever-after for them. When they became separated by the Milky Way as a punishment for their negligence, they were sorry for their careless attitude, but it was far too late. However, the separated couple could not stop longing for each other. Eventually, they were allowed to meet each other once a year, reunited by crossing a bridge over the Milky Way made for them by magpies. Although the Weaver-Girl and Cowherd-Boy story has many variations, the basic plot is ‘boy meets girl’ and the origin goes back to the 6th century in China. Their names in Chinese are Zhinü (織女 literally ‘The weaver girl’) and Niulang (牛郎, literally ‘The cowman’), and the Star Festival is Qi xi (七夕). 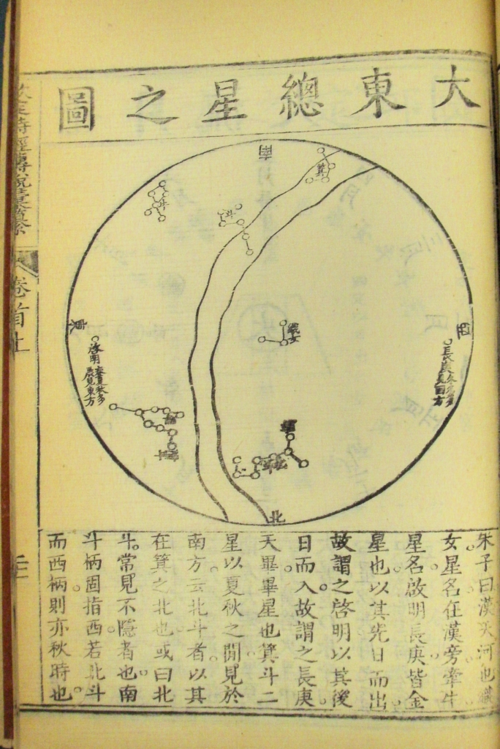 Map of the stars in the Eastern sky. Shi jing zhuan shuo (詩經傳說), detail from a Qing dynasty illustrated version of the Classic of Poetry, 1727. Woodblock printed. British Library, 15266.a.2, vol. 1.

Finally, the Kikkōden was believed to have been introduced from China to Japan before the star story. On the night of the 7th day of the 7th lunar month, women prayed for improvement in their weaving and sewing abilities. Needlework and related skills were women’s work and accomplishments. After the legend of the stars was introduced into Japan, the two weaving girls, namely Tanabatatsume and Zhinü, were gradually merged together to become Orihime, and Kikkōden was transformed into the day for wishing on the Orihime star for better skills like hers.

In the next instalment of this blog post , we will examine why keeping the traditional (lunar) date for the festival makes more sense from the scientific point of view.

Posted by Annabel Gallop at 7:00 AM