Among the papers of the Mervyn Peake Archive, which is held by the British Library, is a memoir by Mervyn’s father, Dr Ernest Cromwell Peake. Dr Peake was the first medical missionary to arrive in the region of Hankow, in Hunan province deep in inland China, where he spent the early years of the twentieth century.

The memoir has never before been published, but is now being brought into print by the British Library, making available a new eyewitness account of this crucial, revolutionary period in Chinese history. Dr Peake records his clear-eyed impressions of Chinese culture and politics – including the Boxer rebellion and the overthrow of the Imperial dynasty – while recording his experience of establishing a hospital to serve a people deeply hostile to Western medicine.

The memoir is introduced by Hilary Spurling, the renowned biographer, who explores the connections between Mervyn Peake’s childhood in China and his great Gormenghast novels.

This extract from Dr Peake’s memoir documents his experience of the 1911 Revolution in Hankow.

Leaving Kuling I took passage up-river to join the few doctors in Hankow who were organising aid to the wounded under the Red Cross. On our way we saw grim evidences of the struggle even before we reached our destination. As the steamer approached the city we passed the scene of a recent battle, the dead still lying on the river bank just as they had fallen. Fighting was going on at the time, the rat-tat-tat of the machine guns being plainly audible. Perhaps the most ominous thing of all was the dense column of smoke which ascended from the doomed city, showing that the Imperial troops had already succeeded in setting fire to its out-lying parts. The Concessions in Hankow were practically deserted by the foreigners; all the women and children, and many of the men, having escaped down river. But there were vast crowds of Chinese who had fled for refuge into the comparative safety of the foreign settlements. They looked dazed, and moved aimlessly along in an unending stream, carrying their babies and pathetic bundles, not knowing where to find shelter or safety.

In the narrow streets of the native city, which adjoined the British area, savage fighting was proceeding – shooting from the houses and around street corners. The situation in the Settlement was not a pleasant one; for although hostilities were not directed against us, bullets were flying freely all over, and anywhere in the open was dangerous.

I made my way through the stupefied crowds to the residence of a friend, and found that his place functioned as the hastily improvised Red Cross Headquarters. There were several doctors there, both British and American, and I received a warm welcome as an addition to the party. It’s wonderful what companionship will do in critical situations. I remember that we were a cheerful party, in spite of shells whistling over our heads and bursting in the streets. Many of the houses in the Concession were badly knocked about by shell-fire. Not that there was any intention to damage foreign property; but the opposing armies frequently fired at each other over our heads, and from bad marksmanship we were well peppered. 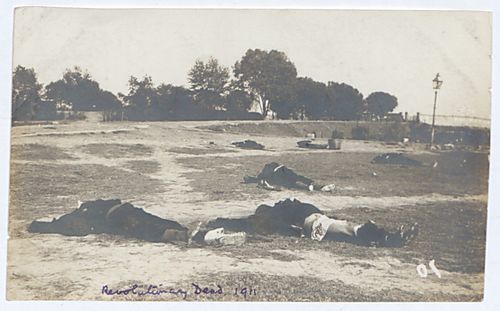 That evening a large area of the native city was in flames. Viewed from the roof of the Post Office, one of the highest buildings in the Settlement, it was an appalling sight – one continuous line of fire, some three miles in length by about half a mile in width. On three successive nights we watched the conflagration spread, until it appeared that the whole city was aflame. The only hospitals in Hankow for Chinese patients were the Mission hospitals, and these being situated two on the outskirts of the native city and one in the Concession itself, were mercifully preserved. The furthest was three miles away. Anxiously each night we looked through our glasses, beyond the smoke and the flames, to see if the Red Cross flag was still flying from its roof.

The hospital of the London Mission was only just beyond the Concession boundary. In an incredibly short time it was crowded with wounded. As the fire crept nearer, and the flames threatened the building, we became anxious about the patients lying helpless inside. It seemed only prudent to evacuate them while yet there was time.

There were 200 cases to be removed from the beds and floors of a building intended for 60. Having no place to which we could take them we were compelled to put them out in the road. So during the night, while doctors were still operating, stretcher-bearers carried them out and laid them on the pavement. Permission was then obtained from the American Episcopal Mission to use their large Church as a hospital ward. The wounded consequently were taken there. We made beds of the pews, turning them face to face and padding them with straw mattresses. They were safe from the fire there at any rate. But then our problems began. Feeding, nursing, sanitation, presented great difficulties. But the hospital staff, and voluntary helpers, rose to the occasion, and ways were found to carry on from day to day. Fortunately it was not for long. Soon after evacuation of the hospital a change in the wind had saved the building, the fire had stopped just short of it, and we were able to move our patients back.

At this time, when the fighting was so fierce, the casualties were very heavy. They poured in faster than we could deal with them. Day and night the booming of the guns filled the air; and in the streets no man, woman, or child was safe from the rifle fire of the soldiers. Even going the short distance to the hospital was dangerous. I can recall now the ‘zip’ of a bullet as it whizzed past my ear and ricocheted off the brick wall at my side.

Extract and photos copyright © 2014 the Estate of Ernest Cromwell Peake. Reproduced by permission.