The new exhibition Terror and Wonder: The Gothic Imagination, which will run until Tuesday 20 January 2015, provides fascinating insights into the dark side of British literary culture and explores its diffusion through different media. But the attraction of terror and wonder was a phenomenon of no lesser importance in other literary cultures as well. Despite being set in completely different landscapes and employing diverse imageries the weird, the macabre, and the mysterious enthralled readers of all ages across the globe.

In China, for example, short tales about extraordinary or unusual events, called chuan qi 傳奇, had a long-lasting popularity which began in the Tang dynasty (618-907) and continued throughout the Ming dynasty (1368-1644). There are in fact numerous collections of chuan qi produced in those periods, most notably Jian deng xin hua 剪燈新話 (1378) by Qu You 瞿佑, Jian deng yu hua 剪燈餘話 (c. 1420) by Li Zhen 李禎, and Mi deng yin hua 覓燈因話 (1592) by Shao Jingzhan 邵景詹. Their popularity was long lasting, and in the mid-19th century these three works were still being reprinted under the collective title of San deng cong hua 三燈叢話. 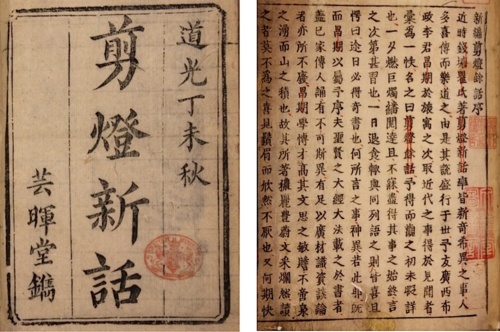 In Japan, the publication of Otogibōko 伽婢子 (1666) heralded the start of a new vogue for stories concerning mysteries and supernatural events. This multi-volume collection of 13 booklets, compiled by Asai Ryōi 浅井了意 and published in Kyōto by Nishizawa Tahee 西澤太兵衛, contain numerous tales of terror and wonder written in vernacular Japanese and illustrated with beautiful black and white woodcuts. Asai Ryōi drew inspiration from pre-existing stories, originally composed on the continent, translating and adapting them to meet the taste of early-modern Japanese readers of popular fiction. Of the 68 tales contained in Otogibōko, 16 are taken from the above-mentioned Jian deng xin hua, 2 from Geumo Sinhwa, 2 from Jian deng yu hua, and the remainder were taken from other Chinese collections of weird happenings. The array of tales narrated in Otogibōko varies considerably, ranging from the bizarre to the macabre, from the grotesque to the surreal. Each story vividly sketches scenes of ordinary life, which are then flavoured with a supernatural twist, mysterious illness, inexplicable happenings, the appearance of monsters, ghosts, or other ghoulish creatures. 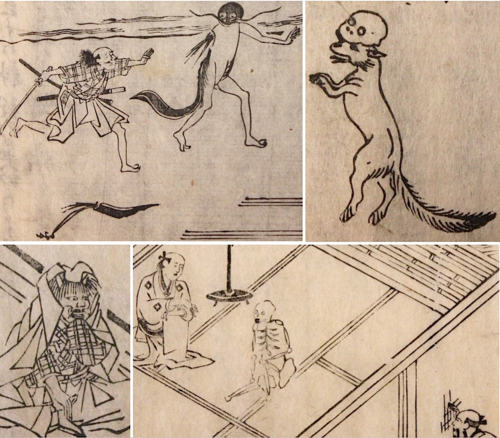 Asai Ryōi’s text was widely appreciated long after its first publication. Otogibōko itself was reprinted several times (in 1699 and 1826) and served as archetype for other collections of tales of terror and wonder produced in the following decades – for example Shin Otogibōko新御伽婢子 (1683) and Shui Otogibōko 拾遺伽婢子 (1704). The publication of Otogibōko marked an important milestone in the history of Japanese literature, and many other works of popular fiction featuring ghosts, demons and other supernatural beings drew their inspiration from the stories contained therein.

Although the Chinese and Japanese literary traditions leave little or no room for Dracula- and Frankenstein-like monsters, they were nonetheless populated by equally terrifying and nightmarish monsters. 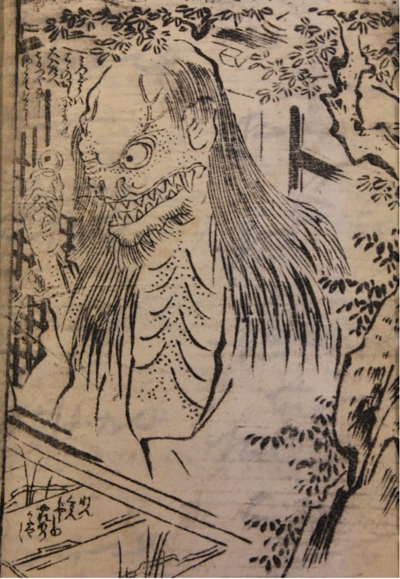 Posted by Ursula Sims-Williams at 10:51 AM