A popular Chinese game: the Qi Qiao Tu, or Tangram

Tangram is a simple yet very entertaining dissection puzzle game which involves 7 flat shapes and the player’s imagination. The aim of the game is to create figures of given silhouettes and its rules are simple: the player must use all seven pieces, without overlapping them, and every piece must touch at least one other. Tangram is still one of the most popular puzzle games in the world. It comes from China, where it is called 七巧图 (qi qiao tu) or 七巧板 (qi qiao ban), meaning "seven tablets of ability" and where it has a long tradition. The English has thought to have been derived from Tang, with reference to the Tang Dynasty, and the Greek suffix –gramma (graph). However, both the origin and the etymology of the English name remain uncertain. 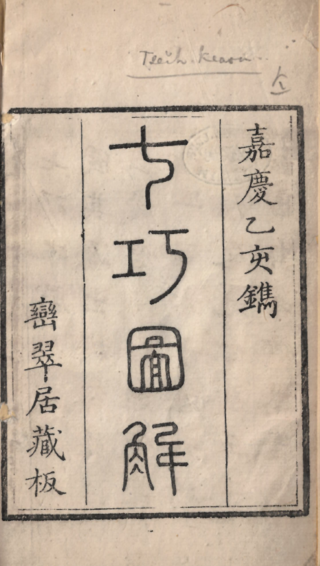 Usually, the Chinese Tangram game books include, in two separate volumes, the silhouettes to be created and the solutions. In the picture below there is a pair of books published in China in 1815: the one on the top displays the silhouettes, the one below contains the corresponding solutions, which highlight the position of each of the seven pieces to produce the desired figure. Generally, the shapes are stylizations of common objects or animals. 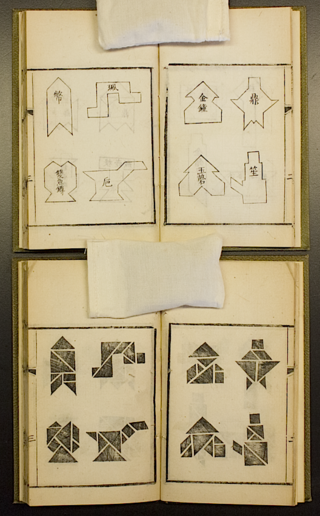 The classic version of the Tangram comprises five triangles of different sizes, a square and a rhomboid which together form a square. Despite its simplicity (we can create a Tangram set to play with from a piece of paper, even though there are Tangram sets carved from precious jade or ivory), this game involves creativity and patience. Since its arrival in Europe it has been considered as an intellectual and challenging game both for children and adults. Much research has been conducted on the use of Tangram in the fields of mathematics[1], geometry, psychology and education[2].

The birth and development of Tangram and other visual games in China has been connected by some scholars to the 燕几圖 (Yan ji tu), commonly attributed to Huang Bo’en (1079 – 1118), which was transmitted during the Yuan and Ming dynasties in a collection called Xin shang Bian. The Yan ji tu is a monograph about the arrangements of tables for convivial gatherings. The text is very schematic and reduced to captions of a series of drawings showing seven geometrical table pieces in different arrangements.

Around the 1820s there was a craze for the Tangram in Europe, called at the time “Chinese enigma” or “Eastern Puzzle”. Its attraction lay in its exoticism and a fascination for everything coming from East Asia. The game was especially popular among the upper classes because, despite being a solitary game, it allowed players to compete with each other in solving the problems and could be used to entertain guests. Several manuals were published in England, France, Germany and Italy, with figures and solutions. The Eight Book of Tan by Sam Loyd, published in New York in 1903, made this traditional Chinese game popular in the Unites States and at the same time reinforced its popularity in Europe at the beginning of the 20th century. 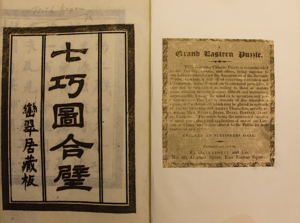 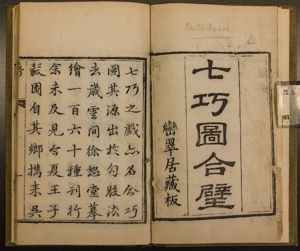 Another widespread guide, Le Véritable casse-tête, ou Énigmes chinoises, was published in Paris in 1820, and it testifies to the popularity of the game in France in that period. The fascination for Tangram included some famous personalities, among them, apparently, Napoleon and Edgar Allan Poe. Lewis Carroll, born Charles Lutwidge Dodgson, writer and mathematician, recreated the main characters of his novel Alice's Adventures in Wonderland using the seven pieces of Tangram. 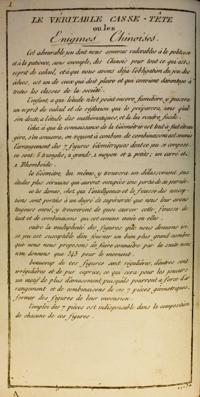 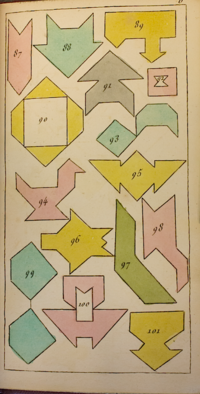 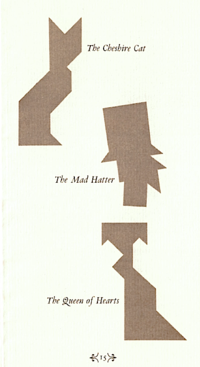 Almost fifty years after the publication of the 七巧图合璧 (Qi qiao tu he bi) in 1815, Tong Xiegeng, a scholar from the city of Hangzhou, developed a new puzzle made of 15 pieces, six of which with curvilinear edges. This new version of the Tangram was called Yi zhi ban 益智板, or “Tablets for Enhancing Intelligence”. Tong Xiegeng published in 1862 a two volume book called Yi zhi tu 益智图, containing several puzzles to be solved with the fifteen pieces. These puzzles include scenes from classical Chinese poems or stories. 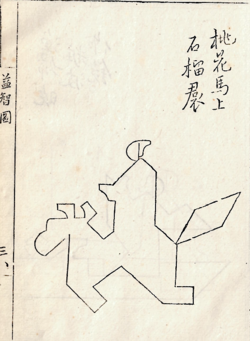 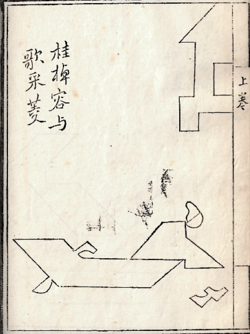 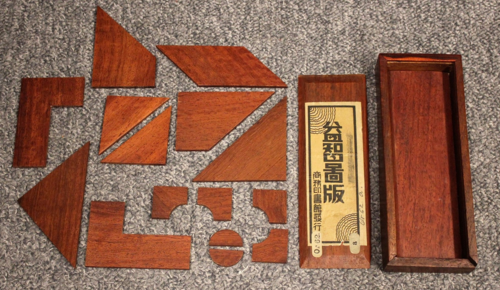 More recently Donald Verry took some beautiful pictures in the British Library building in St. Pancras and named two of them “Tangram”. Can you guess from which spot they were taken? 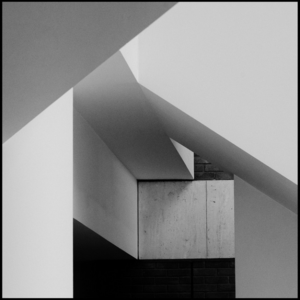 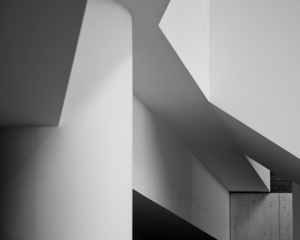 Posted by Ursula Sims-Williams at 12:14 AM

Thanks for this post. It opened up a new and unknown yet fascinating entity for me.