By the 15th century the kingdom of Ayutthaya had developed into an important trading centre, and Europeans, led by the Portuguese, started to travel to the region to seek their commercial fortunes and to extend their influence. Accounts left by such travellers have become rich sources for the study of the region from the 16th century onwards.

In 1537, the German Mandelslohe visited Ayutthaya and called it the “Venice of the East”. In 1636 a Director of the Dutch East India Company, Joost Schorten, wrote an account of his residence in Ayutthaya, in which he noted the fierce competition between European powers, particularly Portugal, Spain and the Netherlands, to win the favour of local rulers (Francis Caron & Joost Schorten, 1771). France, too, established relations with the court of Ayutthaya during the reigns of King Narai and Louis XIV, and the two countries exchanged diplomatic missions in the 1680s. Simon de la Loubere, the leader of the French mission to Ayutthaya in 1687, wrote a memoir of his visit in 1688 entitled Du Royaume de Siam  (Paris, 1691), and this became an important source of information for western travellers to Siam in the 19th century. Foreign involvement in trade and politics in Siam declined after Ayutthaya collapsed in 1767 but in the 19th century, when competition among colonial powers to control Southeast Asia increased, more Westerners travelled to this region. Their journeys were either for individual scholastic purposes or were funded by colonial powers to further their political and economic ambitions.  The surgeon George Finlayson (1790–1823) accompanied the Crawfurd trade mission to Siam in 1821, and the account of his journey was published in 1826. His observations of Siamese culture and society provided, as Sir Thomas Stamford Raffles wrote in his introduction to Finlayson’s book, “much valuable information respecting countries and people, hitherto almost unknown to us … The author’s observation [is] as a spectator in common with others who were present on the occasion; its object is to throw light on the country, and on the character, institutions, and habits of the people generally” (Finlayson 1826: vii-viii).

In 1852, Frederick Arthur Neale, who served as a military officer to the Siamese court in 1840s, published an account of his residence in Siam. He often quoted details about the kingdom from previous travellers, such as La Loubere and Finlayson.  However, he also recorded his own observations and opinions, some of which may seem quite shocking to us today. For example, he wrote that “The Siamese ladies may without the smallest fear of competition proclaim themselves to be the ugliest race of females upon the face of the globe. With their hair worn in the same fashion as the men, the same features, same complexion, and same amount of clothing, a man must be a gay Lothario indeed who would be captivated by their leering glances” (Neale 1852: 238-241). 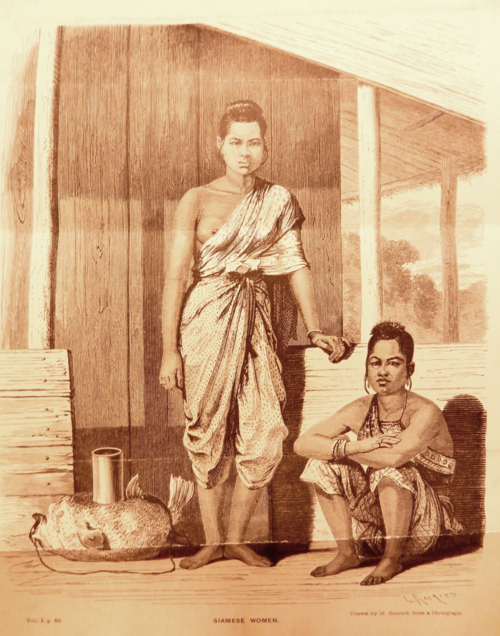 Neale further commented that “it has often been remarked of the natives of the East that they are almost unchangeable in their modes of government, habits of life, and ways of thinking, century after century passes away unmarked by progress and undistinguished by change … The Siamese certainly form no exception to this remark”  (Neale 1852: 242).

Neale’s concept of the East was typical of colonial thinking of the period. However, Sir John Bowring, who led a successful British mission to secure a free trade agreement with Siam in 1855, was more cautious in his judgements. He observed that “Generalizations as to national character are among the great defects of writers on foreign countries, and, when examined, will in most cases be discovered to be the result of impressions early and hastily formed, or of some solitary examples of individual experience, from which all-embracing deductions are drawn” (Bowring 1857: 1.102). 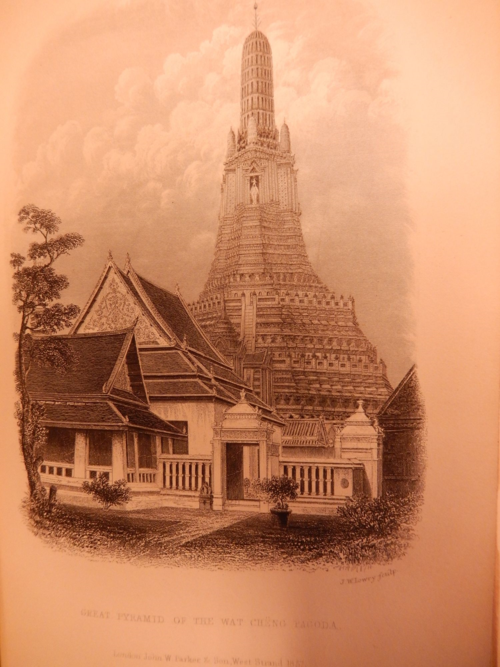 By the mid-19th century, Bangkok had opened its door to western powers for commercial activities, and the successful British trade agreement in 1855 was soon followed by similar agreements between other western countries and Siam. According to L’Annuaires des Deux Mondes, of 1858-1859, “The government of Siam is showing itself more and more favourable towards Europeans, who find at Bangkok not only protection, but sympathy and toleration for their religion. Bangkok has become one of the most considerable markets of Asia; and the kingdom of Siam is reaping the reward of the liberal politics which it has introduced into the extreme East, and which is warmly seconded by France, England and the United States”  (Mouhot 1864: 1.105).
Two years after Neale’s book was published, a French missionary and long-term resident of Siam during the 19th century, Jean Baptiste Pallegoix, published his account of Siam in Paris under the title Description du Royaume Thai ou Siam (1854).  His extensive knowledge of Siam proved valuable for Sir John Bowring when the latter came to write his own account of the kingdom, The Kingdom and People of Siam (1857).

In 1858, Henri Mouhot, a French naturalist and explorer, travelled to Indochina after reading Bowring’s book.  Mouhout planned to conduct a series of botanical expeditions for the collection of new specimens, but his requests for grants and passage were rejected by French companies and the government of Napoleon III. However, the Royal Geographical Society and the Zoological Society of London lent him their support, and he set sail that year for Bangkok, which, like Mandelslohe three centuries before, he termed ‘the Venice of the East’ (Mouhout 1864: 1.56).  Henri Mouhot’s travel journal was edited by his brother, Charles Mouhot, and an English version was published in London in 1864. Here he introduced the Temple of Angkor to the western world, and this publication, with his exquisite detailed engravings, helped to popularise the now famous complex of ruined temples. These illustrations of a faraway and exotic land must have had an enormous impact on their western readers. Sadly, Mouhot was unable to complete his mission as he was struck down with malaria while travelling in Laos, where he died on November 10, 1861. 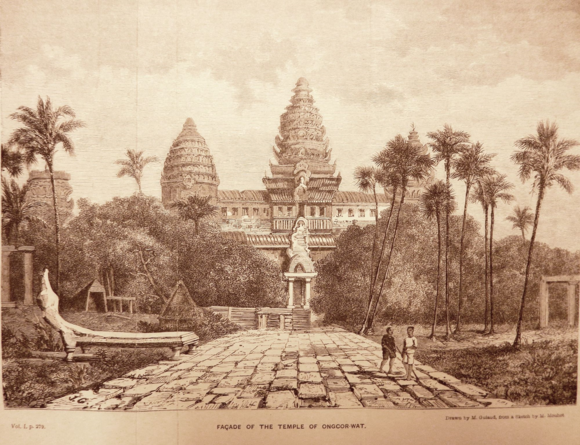 These travellers’ accounts made a very significant contribution to the body of knowledge of Siam among westerners at the time. Their detailed descriptions and magnificent illustrations of the countries, peoples and cultures enabled readers in the West a unique chance to visualise these foreign lands and peoples. They were, in effect, the TV travel documentaries of their time.

Posted by Annabel Gallop at 3:08 AM