From 1602 until 1684 - when they were ousted by the Dutch - the English East India Company maintained a ‘factory’ or trading settlement at Banten on the western tip of the island of Java. This lengthy sojourn of over eighty years is notable for the almost complete absence of interest from any EIC official based in Banten in the history and culture of the land on which they were encamped, and not a single Malay manuscript in the British Library can be traced to this period.  In striking contrast, around three hundred Malay, Javanese and Bugis manuscripts - indeed, the majority of Indonesian manuscripts in the British Library - derive from a brief period in the early nineteenth century centred on the British administration of Java from 1811 to 1816.  At the helm of this 'Enlightenment' group, who were inspired by the earlier studies of William Marsden in Bengkulu and the publication in 1784 of his path-breaking History of Sumatra, was Thomas Stamford Raffles, who served as Lieutenant-Governor of Java from 1811 to 1815. Other notable scholar-administrators of this period who accompanied Raffles to Java were John Leyden and John Crawfurd - both of whom had also spent time in Penang - and Colin Mackenzie. With the help of aristocratic local historians such as Kiai Adipati Sura Adimanggala, Regent of Semarang, and Panembahan Nata Kusuma of Sumenep as well as like-minded officials from the earlier Dutch administration including the naturalist Thomas Horsfield, great efforts were put into the collecting of source materials in the form of manuscripts in local languages on history, literature and legal institutions, drawings of archaeological remains and natural history specimens, and surveys of the surrounding countryside. Raffles was able to make swift use of these materials, in part by compiling and quoting wholesale from surveys and reports submitted to him, in his two-volume work The History of Java published in London in 1817. 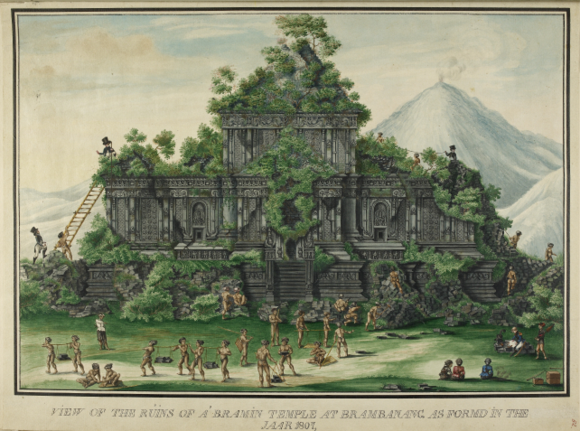 Raffles’s personal collection of manuscripts in Javanese and Malay is today held in the Royal Asiatic Society, but the British Library holds the collections of Crawfurd, Mackenzie and Leyden, as well as a few manuscripts originally owned by Raffles. The majority of the materials collected in Java were naturally in Javanese, but there are also manuscripts in Malay, including some translations from Javanese manuscripts.  Among the Malay manuscripts in the British Library which have just been digitised are several titles on Javanese history, collected and commissioned during the British period in Java. Hikayat Tanah Jawa, ‘Chronicle of the land of Java’, written in Jawi script (MSS Malay D 9), ends following the Second Javanese War of Succession (1719-23) with the death of Pangeran Purbaya (Ricklefs 1994: 87). Two other manuscripts are both in Malay in roman script.  Hikayat Babad (MSS Malay D 8), which according to the colophon was written for Raffles in 1815, mainly concerns Mangkunegara I (r.1757-95), founding ruler of the minor princely house of Surakarta. The third manuscript, Babat Sekander (MSS Eur Mackenzie Private 43), is a Malay translation from the Javanese of the pseudo-history, Serat Baron Sakender, about the coming of the Dutch to Java. 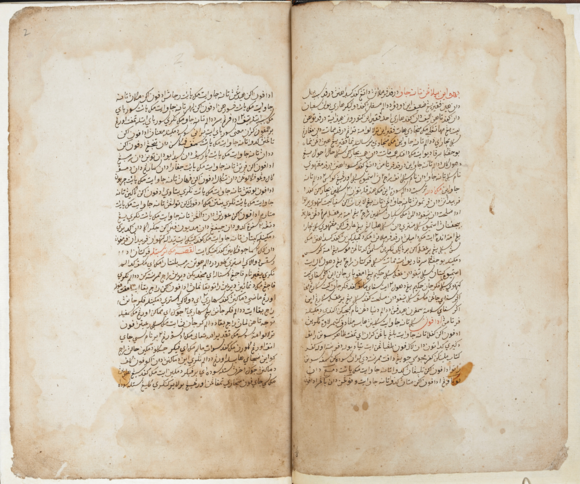 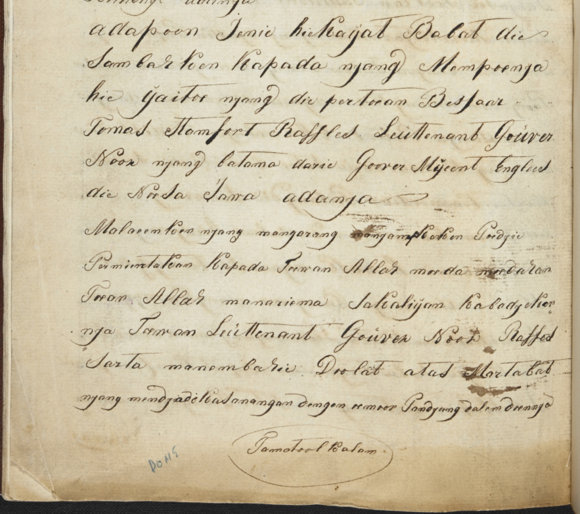 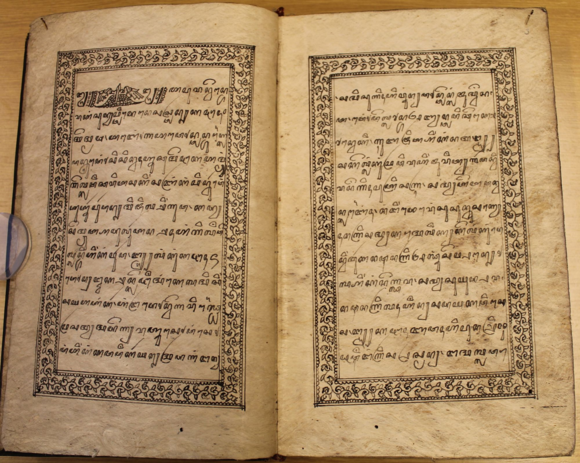 Serat Sakondar, the original Javanese version from which the Malay manuscript above of Babat Sekander was translated. British Library, Add. 12289, ff. 2v-3r

Theodore G. Th.Pigeaud, Literature of Java.  Catalogue raisonné of Javanese manuscripts in the Library of the University of Leiden and other public collections in the Netherlands.  The Hague: Martinus Nijhoff, 1968.
Thomas Stamford Raffles,  The history of Java. London, 1817. [Facsimile reprint, with an introduction by John Bastin. Kuala Lumpur: Oxford University Press, 1965].
M.C. Ricklefs, A history of modern Indonesia since c.1300. (2nd ed.)  Stanford: Stanford University Press, 1994.