The Chinese collection at the British Library includes an interesting series of around 100 comic books published during the 1960s in the People’s Republic of China. They are an excellent historical and linguistic resource and represent an extraordinary example of how official sources can promote selected values and visions among citizens using material which is visually enjoyable or mainly intended for children’s education and entertainment. 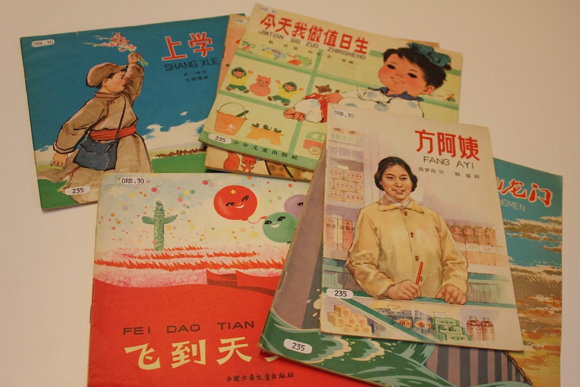 The collection of Chinese comics at the British Library can be divided into two main types: the so-called Lian huan hua 连环画, which are meant for individual reading by both children and adults, and comics intended for children’s education and language learning.

The lian huan hua (literally: linked images) started to circulate in Shanghai in the 1920s, when publishers began to use new printing techniques and lithography for illustrated periodicals and books. The stories were exemplified through black and white images where the accompanying text was inserted at the bottom or in speech bubbles. The lian huan hua became extremely popular in China, and were widely spread across the country. They reached a peak in their distribution and use during the 1970s and 1980s, but rapidly lost their appeal for readers in the 1990s.

The themes contained in the lian huan hua differ from year to year. Traditionally, and especially at the beginning of their circulation, the main subjects were adaptations of Chinese classical stories, folk tales or novels. 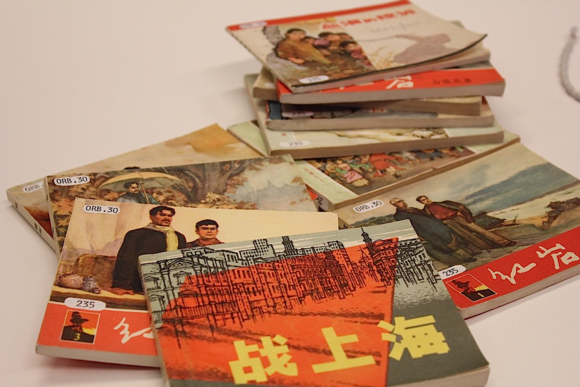 During and after the 1960s (with the exception of the years of the Cultural Revolution), the Chinese Communist Party adopted the lian huan hua as a form of propaganda and mass education. These comics were in fact believed to be much more direct and easier to understand than books and treatises on Communism and they were considered more attractive by the masses. The stories of the lian huan hua published in this period therefore focus on political themes, such as the Sino-Japanese War, social realism and selected and approved biographies of Chinese heroes, both of the imperial and the republican periods, who stood for bravery, loyalty or strength, and were usually opposed to foreign enemies. 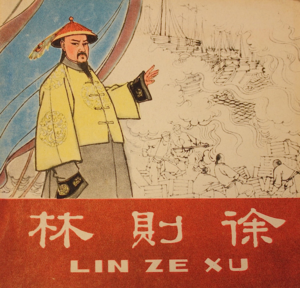 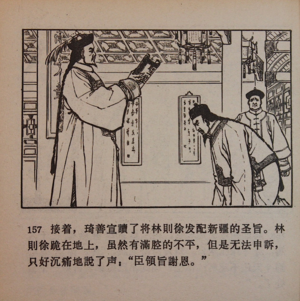 Cover and excerpt from the lian huan hua “Lin Zexu” (林則徐), published by the Ren min mei shu chu ban she (人民美术出版社), 1963. Lin Zexu was an imperial official who lived during the Qing dynasty. He was a central figure in the Opium War and had a key role in the Chinese campaign against the trading of opium (British Library ORB. 30/235) 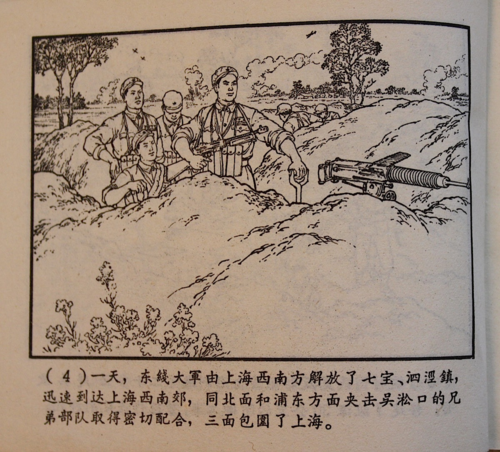 Page from the lian huan hua “Zhan Shanghai” (战上海), published by the Shanghai ren min mei shu chu ban she (上海人民美术出版社) in November 1962. A movie with the same title had been produced in 1959 (British Library ORB. 30/235)

Among the Chinese comic books collection, apart from the lian huan hua, we find some interesting illustrated titles which were mass-produced in the 1960s and were created especially for children’s education and entertainment. They use simplified Chinese characters along with the corresponding pinyin transliteration system which was officially adopted by the People’s Republic of China in the Fifth Session of the first People's Congress in 1958. Pinyin transliteration was introduced in all primary schools as a way of teaching Standard Chinese (普通话 putong hua). Then, as also today, linguistic unity in China played a fundamental role in helping developing a sense of national identity. 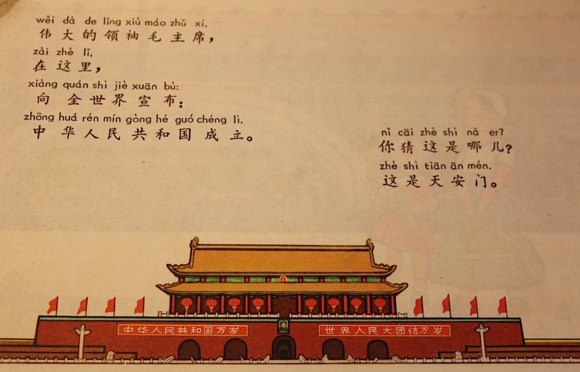 The sense of a shared culture and the aim to work together for the benefit of the nation can be seen in the image below, where a trio composed of industrial worker, farmer, and soldier archetypes are pictured overhead while below, two children run to get a copy of the Ren min ri bao (人民日报, People’s Daily). 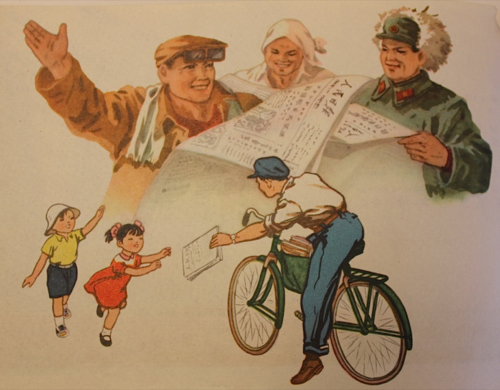 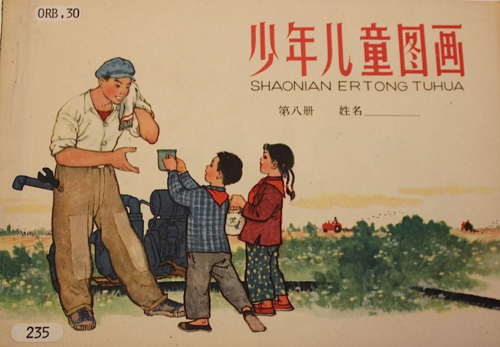 All the comics share a pattern of symbols, colours and recognizable places used to reinforce a sense of a shared community: the Chinese flag, Tian’an men square, the hua biao (obelisk) with dragons patterns and so on. The children themselves are almost always represented with the iconic red scarves worn by the members of the Chinese Communist Youth League. In each title we find optimistic descriptions of China, with a focus on technological achievements (with depictions of dams, railways and so on), and a continuous link between traditional symbols and contemporary scenes. These representations can be seen as attempts to create and re-create narratives about recent history in the context of the nation's conception, its future wellbeing, and sources of national pride. 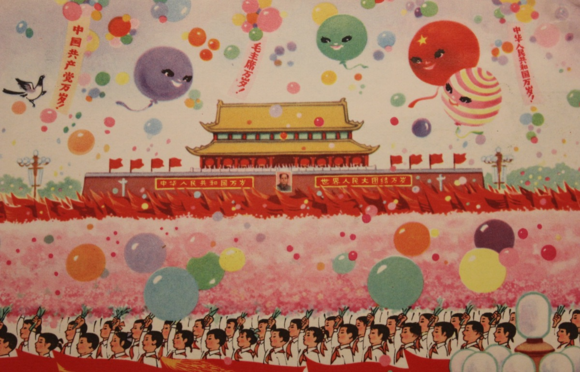 A selection of comic books from the British Library Chinese collection will be featured, together with a choice of posters, in the new free online course “Propaganda and Ideology in Everyday Life”, a ground-breaking project which allows students to interact with the British Library’s original collection items. The course is developed in cooperation with the Centre for the Study of Ideologies at the University of Nottingham and will start in May 2015, on the FutureLearn platform.

You can find a video trailer here and access the course registration at this page.

With thanks to Ian Cooke, Curator, Social Sciences

Posted by Ursula Sims-Williams at 4:02 PM