Haile Selassie and the United States of America

By the end of the Ethiopian and Italian war (1935-41), the Ethiopian economy was entirely exhausted and its natural resources plundered. Adding to the existing agony was the so-called “protected state” imposed on Ethiopia, by Winston Churchill. When it became apparent that the relationship between Ethiopia and Britain was leading to a deeper financial crisis, the Emperor Haile Selassie sought economic assistance from the new emerging global power, the USA. 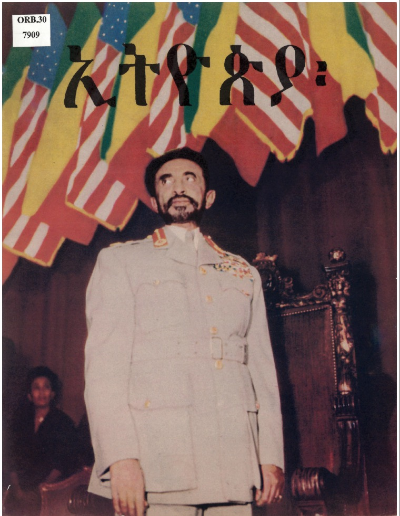 The United States first provided economic and technical assistance to Ethiopia in 1944, however it was the signing of the September 1951 treaty of amity and economic relations that really strengthened the ties between them. The United States and Ethiopia became close allies right up to 1974, especially after the election of President John F. Kennedy. 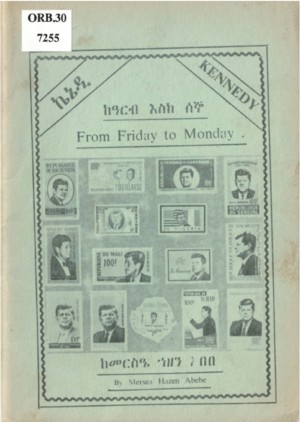 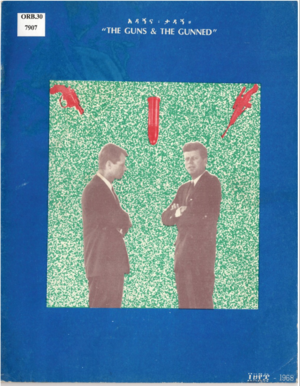 Several books and journals were published in Ethiopia to celebrating their cordial relations. The most notable was Point Four, a quarterly newsletter on USA and Ethiopia relations. In 1956, Highlights Haramaya University established an agricultural technical training campus in Ethiopia in collaboration with the U.S. government and with assistance from Oaklahoma State University. Formerly known as Alemaya College, the institution was officially inaugurated by Emperor Haile Selassie on January 16, 1958. The title of the newsletter borrows its name from President Harry Truman's 1949 inaugural address in which he announced a technical assistance program for developing countries that later became known as "The Point Four Program," so named because it was the fourth foreign policy objective outlined in the speech. The Point Four programme resulted a close partnership between the U.S. and Ethiopia in helping to establish some of the country's technical higher-education institutions. 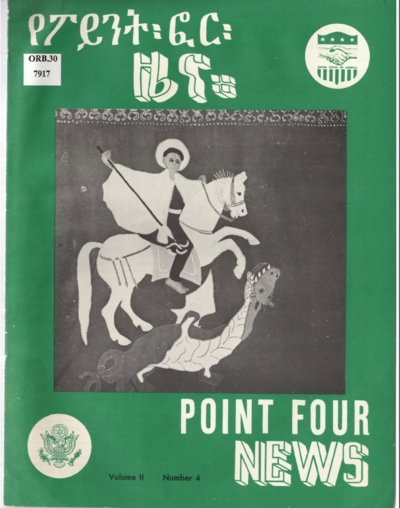 Another example is the Ethiopian  American Cook Book, a general introduction to Ethiopian and American cooking, which aimed at teaching Ethiopians to cook like Americans and vice versa. The book contains recipes for American cuisine dating from the 50s and 60s. Although it does not cover every popular dish, it does include recipes for ingredients that are common in USA. 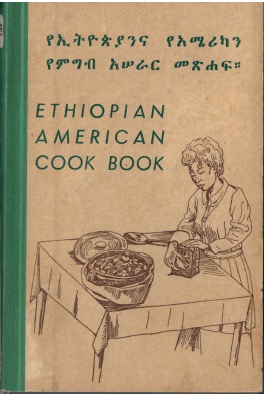 Ethiopian cooking, however, is more an art than a science. There are traditionally no standard units of measure used for ingredients when cooking and instead rough or subjective guides to measurements are given. This must have seemed odd to Western cooks wanting to cook Ethiopian food. This book, on the other hand provides precise measures for all ingredients called for in the recipes. This made the book palatable to Americans, and also had the added benefit of recording traditional and historical Ethiopian recipes in a way that could be reproduced even by people unfamiliar with Ethiopian cuisine and cooking techniques.

The recipes are presented with clarity as a step-by-step guide aiming to convey the essence of Ethiopian cooking. There are, however, no instructions on baking or cooking times nor suggestions as to where one could find Ethiopian ingredients such as the African shrub Gesho (Rhamnus prinoides). I have reproduced several sample recipes below: 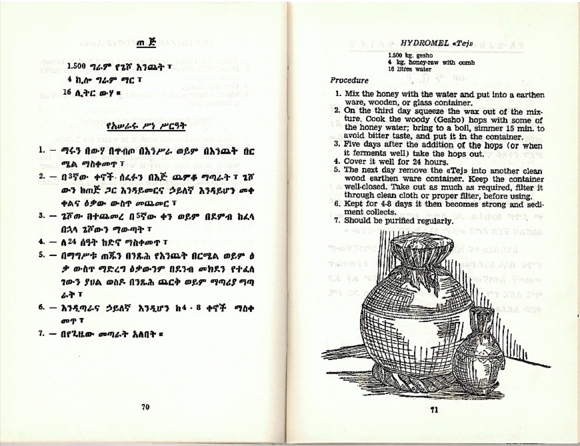 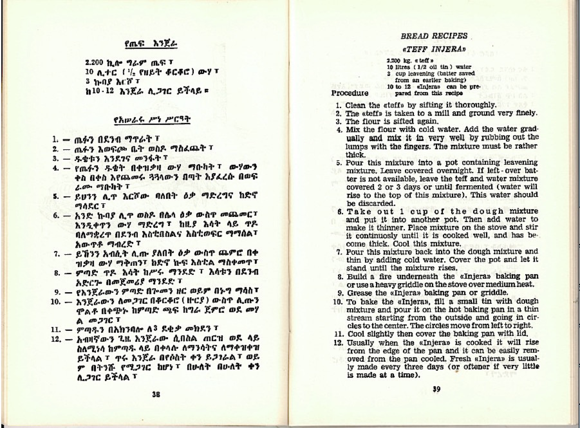 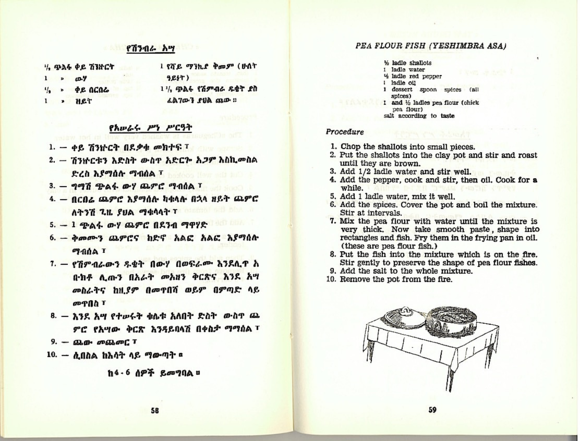 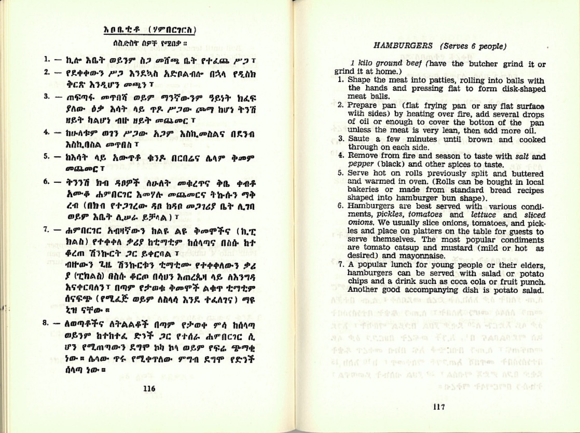 Recipe and preparation method for Hamburgers