The British Library holds about 10,000 printed books in Indonesian, from early 19th century mission imprints through to contemporary research-level publications. Though not as comprehensive as the collections at the National Library of Indonesia or in Dutch, American and Australian libraries, the British Library nonetheless holds some rare and important Indonesian titles, ranging from educational publications in Malay printed in Batavia in the late 19th century to early works of modern Indonesian literature, with a particular strength in the social sciences – law, politics, economics – from the 1950s and 1960s. 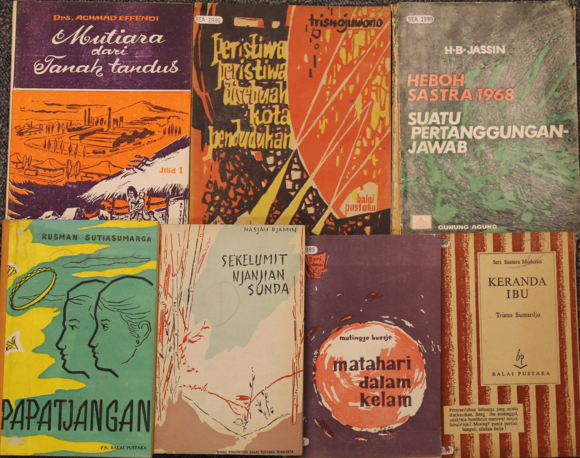 Indonesian literary works from the 1960s and 1970s in the British Library. 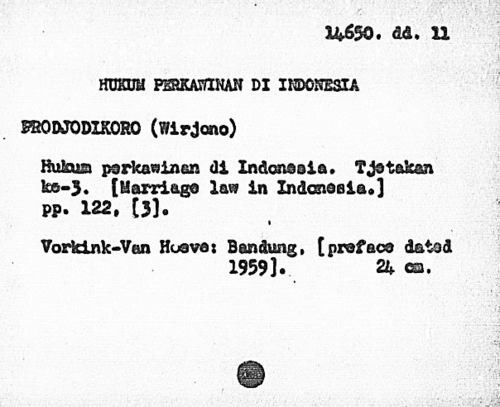 An Indonesian catalogue card, with the British Library shelfmark, 14650.dd.11, in the top right corner.

In order to widen access to this and other such valuable collections, the BL has developed LibCrowds, a platform for hosting experimental crowdsourcing projects. The first project series is Convert-a-Card, which contains projects for the retroconversion of the Indonesian and Chinese card catalogues into electronic records, in order to make them available to a worldwide audience via ExploreBL. LibCrowds was launched in June 2015, and since then, one of the three drawers of Indonesian cards has been successfully tackled by contributors from all over the world, with a 50% hit-rate in which the catalogue card has been successfully matched with an electronic catalogue record for the same Indonesian book sourced from another library. The British Library shelfmark, shown in the top-right corner of the card, is then added by the contributor to the electronic record.

The third drawer of Indonesian catalogue cards has just been released, and the site also contains a simple three-step tutorial to participating in Convert-a-Card. If you would like to help us to make the contents of our Indonesian collection electronically available, please click here! 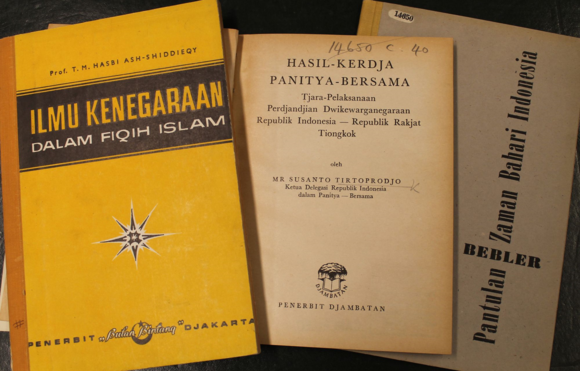 Indonesian publications on law, politics and international relations from the 1960s.

With thanks to Alex Mendes and Nora McGregor for developing LibCrowds

Posted by Annabel Gallop at 2:44 AM