As the 'Africa Writes' festival comes to the Library this weekend and we celebrate literature from the continent, we are also thrilled that tickets are now available for our major autumn exhibition, 'West Africa: World, Symbol, Song' which opens on October 16 at our St Pancras site in London.

This will be the British Library’s first major exhibition on Africa. It will showcase music and literature – both written and oral – from the region, and demonstrate how West Africans have harnessed the power of words to build societies, drive political movements, sustain religious belief and fight injustice. In doing so it will reference a millennium of history and bring visitors right up to the present.

Throughout, we are telling the story of how word, symbol and song have shaped history, politics and religion in West Africa and beyond. The region has a remarkable number of graphic systems and locally invented scripts, some of recent origin, some centuries or even millennia old. West Africans have also invented numerous other means of long-distance communication. The language of ‘talking drums’ is the most famous, as in this recording of Asante atumpan drums, made by Robert Sutherland Rattray in Ghana in 1921. There are also other sonic systems – ‘talking whistles’, for example – as well as coded objects, such as the ‘aroko’ messages, formed of cowrie shells and seeds, of Nigeria. 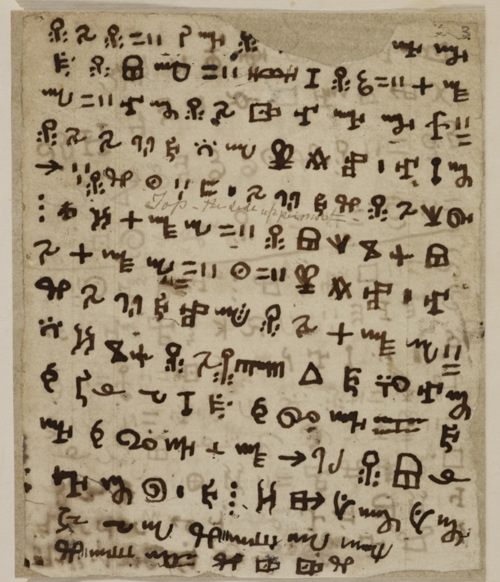 One of the earliest records of the Vai script, invented in Liberia in the first half of the 19th century. 1851 (British Library Add MS 17,817b)

Then there is the manuscript culture of the region, which owes its origin and development to the adoption of Islam. The manuscripts of Timbuktu, in present-day Mali, are deservedly famous, but it is not as well known that centres of learning and scholarship flourished as far apart as Mauritania and Nigeria. In many of these centres, manuscript libraries survive today. 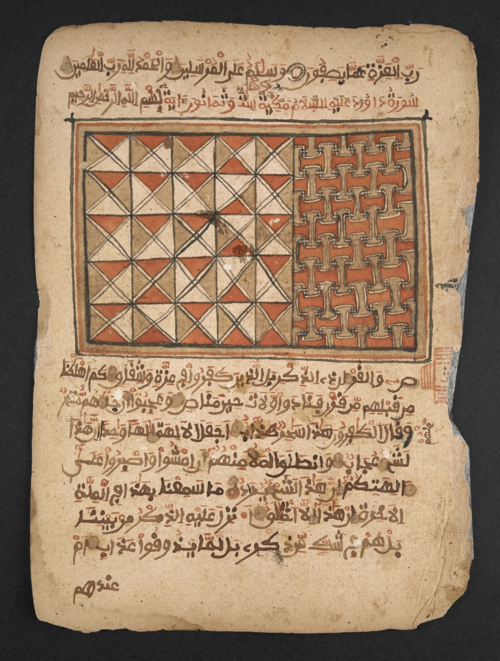 Page from an illuminated Qur’an in a style typical of the region of southern Niger, northern Nigeria and Chad, late 18th/early 19th century  (British Library Or 16,751)

Alongside the rich heritage of writing in West Africa – which is flowering today in new forms – we are emphasising the importance of oral literature, an intensively creative art form expressed across a range of genres. Orature, as it is sometimes called, draws on the resources of the past but is constantly recreated in performance. It has deep musical roots and is as often sung as spoken, most famously by West Africa’s griots (story-tellers and musicians). 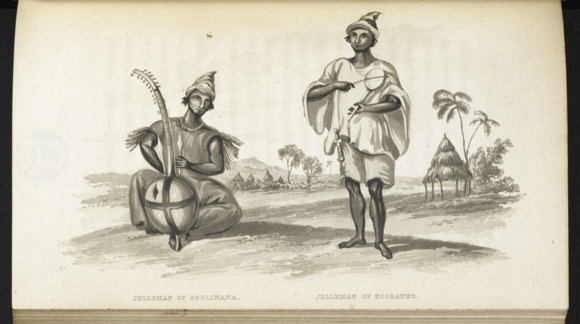 All these threads are brought together as visitors walk through the exhibition. We begin with precolonial West Africa, and go on to the major religions and their various traditions of art, writing and ritual. Moving beyond the region, we look next at the transatlantic slave trade and the role of culture – writing, religion, music, carnival – in resistance. In West Africa, writing and song offered important ways of protesting and reflecting on public life during the colonial era and beyond, and these are the subject of our ‘Speaking Out’ section. The exhibition finishes with ‘Story Now’ – the marvellous and multi-faceted literary flowering of the region from independence to the present. 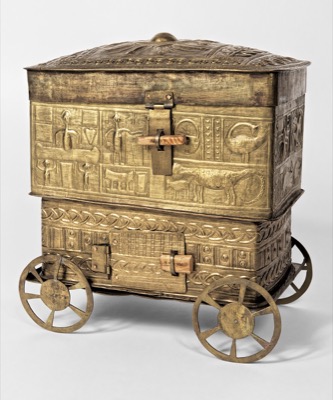 Audio-visual items from the British Library’s collections and elsewhere – music, film, stories and other recordings – have been carefully curated and woven through the story. Manuscripts, books and photographs from our collections are joined by numerous loans, including colourful printed textiles, miniature gold-weight sculptures and modern artworks.

The exhibition has been in preparation for more than four years, and the curators have engaged in extensive external consultation, which has helped to shape the focus, direction and content of the project. We are currently working with an external Advisory Panel, chaired by Dr Gus Casely-Hayford. The curators are Dr Marion Wallace (Lead Curator, African Collections) and Dr Janet Topp Fargion (Lead Curator, World and Traditional Music).

The exhibition runs from 16 October 2015 to 16 February 2016. Booking is open now at www.bl.uk/west-africa. An exciting and diverse programme of events will run alongside the exhibition.

Posted by Annabel Gallop at 3:17 PM