The travels of a manuscript: Rashid al-Din's Compendium of Chronicles (Add.7628)

The Jāmiʿ al-tavārīkh or ‘Compendium of Chronicles’ is a monumental universal history composed by Rashīd al-Dīn (d. 1317) in Persian at the beginning of the 14th century. It was originally written for the Mongol Ilkhan of Iran Ghazan Khan (d. 1304) but was finally presented to his brother and successor Oljaytu Khan (d. 1317) possibly in 1307. The work acquired enormous popularity both in medieval and modern times especially for its unique description of the rise of Chinggis Khan and the Mongol Empire. There are copies of this work in all the major libraries in Europe and the Middle East, including several masterpieces of 14th century manuscript illustration. 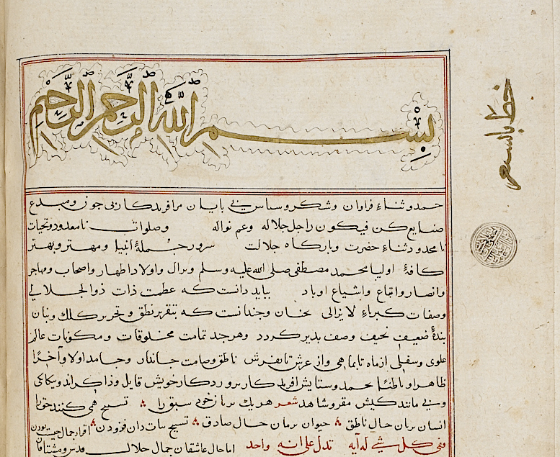 The British Library has a number of interesting copies of this work. One of the earliest is the recently digitised Add.16688, copied possibly in the late 14th or early 15th century, but incomplete. It has an interesting re-arrangement of the contents and, as has been suggested recently (Kamola, p. 233), contains some unique insights into the composition of the work. Another remarkable copy is IO Islamic 3524, a 16th century copy, but one which contains the entire two volumes of the chronicle [1].

However perhaps the most valuable copy held at the British library is Add.7628. Although now fully accessible online, it is difficult to appreciate its immense size and magnificence. Comprising 728 folios, and measuring 45.72 x 27.94 cm (18 x 11 in), it is written in several different hands in a clear early 15th century naskh script, thus immediately indicating its royal origin. In addition to many other important features, the manuscript includes a number of seals and signatures which provide some interesting insights into the origin and history of the manuscript. It is these on which I shall focus in this post.

Although the colophon lacks a specific date, some of the references to historical figures that appear in the text allow us to approximate a relative date of copy. One of these is a short note mentioning the Timurid Sultan Shah Rukh (d. 1447), who ruled in Khorasan, Afghanistan and Central Asia after the death of his father Timur. This describes how the work was originally copied for the Ilkhan Ghazan Khan (letters in gold) and describes Shah Rukh, the shadow of God on Earth (ظلا الله فی الارضین) etc, as the owner (f. 403v). The royal connection is even more evident on folio 410v, illustrated above, where the words Khaṭ-i Bāysunghur (‘Baysunghur’s handwriting’) are written in golden letters. This name can be easily identified with Shah Rukh son’s Ghiyas al-Din Baysunghur (d. 1433), the well-known patron of the arts who was also a calligrapher himself. Since Baysunghur died in 1433, the manuscript must have been copied before then. The manuscript also includes empty spaces left perhaps for illustrations which were, however, never incorporated.

The manuscript contains a number of interesting seals that help to partially reconstruct its history. It is not surprising that some of these seals belong to members of the Timurid royal family, who had this copy in their personal libraries. A seal that appears four times belonged to the above-mentioned Sultan Shah Rukh. In addition, a seal belonging to his grandson Sultan Muhammad (d. 1452), who ruled after his grandfather until he was executed by a rival family member (Manz, p. 270), sometimes appears next to that of his grandfather. 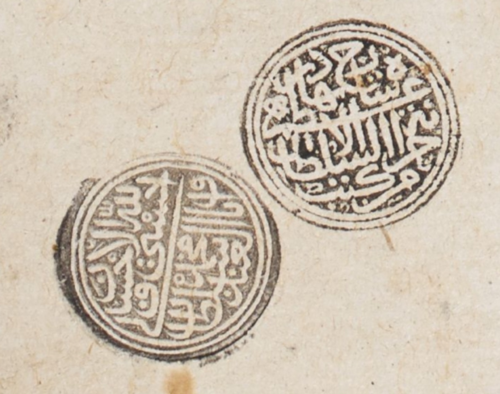 This suggests that the manuscript remained in Herat at least until the middle of the 15th century. However, the fate of the book is less certain when trying to reconstruct what happened to it in the 16th and the beginning of the 17th centuries. A seal of possible Aq Quyunlu origin appears on folio 414r mentioning a certain ʻAbd al-Wahhāb bin Luṭf Allāh Sangalākhī (?)[2]. If this is the case, then the manuscript could have been taken as booty during one of several Aq Quyunlu raids in the area of Herat during Uzun Hasan’s reign (r. 1453-71) or be part of a diplomatic gift between the Timurids and the Aq Quyunlu confederation before that date (Woods, pp.112-3). In either case, the manuscript might have travelled west from Khurasan around the middle of the 15th century. Another puzzling seal is one in kufic script which occurs on the first leaf of the manuscript. Kufic seals were sometimes used as personal seals, even without specifying any personal names [3], but in this case the seal is found next to an Ottoman seal containing the name of a certain Muṣṭafá Ṣidqī. The two seals could date from different periods but luckily for us, the same two seals are found together in another British Library manuscript (RSPA 59). This is an allegedly 14th century copy of the Javāmiʻ al-ḥikāyāt va lavāmiʻ al-rivāyāt, a work on ethics containing anecdotes and tales in Persian by Muḥammad ʻAwfī (fl. 1228). The identical seals appear on folio 7v, suggesting that the kufic seal actually belonged to the bibliophile Muṣṭafá Ṣidqī  (d. 1769/70) [4]. These two seals also occur together as a pair in British Library Or.13127, f. 1r and in a number of other manuscripts listed in the Chester Beatty Islamic Seals database (for example CBL Ar 3008 f1a). 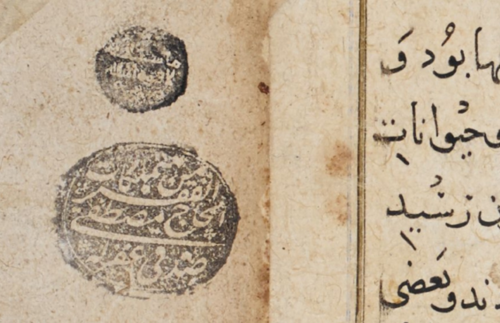 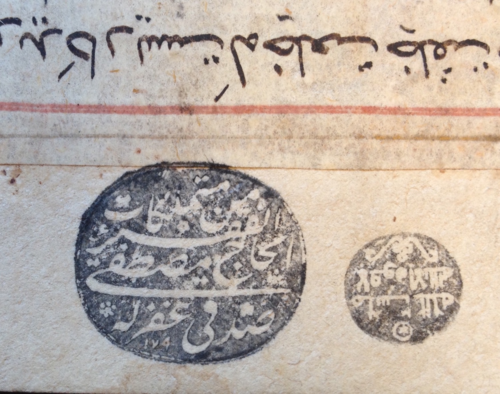 The Ottoman seals together with two ownership notes in Ottoman Turkish at the beginning of the manuscript on folio 3r suggest that the book travelled even further west in the 18th century. The first note mentions that the manuscript was bought by Ahmed Resmi, a Greek Ottoman diplomat, from a bookseller at the Imperial camp in Babadağı (present day Rumania) in AH 1185 (April 1771). It was subsequently acquired by a certain ʻĀrif, who signed the second note dated AH 1210 (1795/6). In 1818 Claudius James Rich purchased the manuscript in Baghdad (f. 1r). As was common among British colonial officials [5], Rich had his seal written in Arabic script, with his name in the central panel surrounded by an Arabic text in praise of the Prophet Muhammad taken from Saʻdī’s Gūlistān. Finally the manuscript was sold to the British Museum from Claudius Rich's estate in 1825. 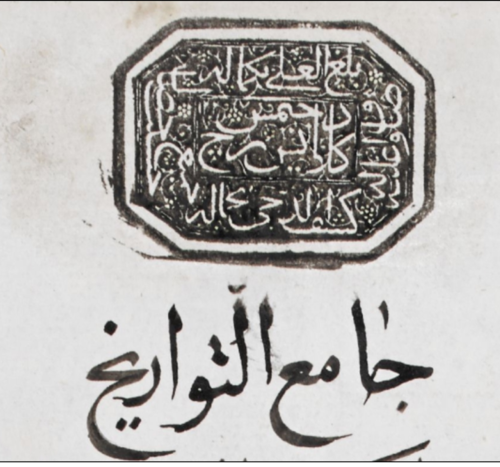 Despite the popularity of the Jāmiʿ al-tavārīkh and the amount of secondary literature that has been written about it, the study of individual manuscripts can reveal aspects of its history which are lost if we only consider published editions. In this case, by looking at the seals in Add.7628, we can trace the travels of this manuscript from the Timurid court in early 15th century Herat all the way to colonial Britain via the Ottoman Empire.

with thanks especially to Manijeh Bayani for her help with the inscriptions, and also to Daniel Lowe and Ursula Sims-Williams

[1] Other copies in the British Library Collection are IO Islamic 4710 (early 19th century) containing only the section on Ghazan Khan; Add.18878 (vol. 2 only, also 19th century, copied in India); IO Islamic 1784 (undated).
[2] Special thanks to Manijeh Bayani for this suggestion and the reading of the seal.
[3] Personal communication from Annabel Gallop.
[4] See François Déroche, Islamic codicology: an introduction to the study of manuscripts in Arabic script. London: al-Furqan, 2006, p. 341, fig. 133.
[5] See Daniel Lowe, “Performing Authority: the ‘Islamic’ Seals of British Colonial Officers.”

Posted by Ursula Sims-Williams at 9:03 AM