Today's guest post is by Sarah Allan, Burlington Northern Foundation Professor of Asian Studies at Dartmouth College, Chair of the Society for the Study of Early China and Editor of the Society’s journal, Early China. Professor Allan worked extensively on the Couling-Chalfant collection of oracle bones at the British Library and, together with Li Xueqin and Qi Wenxin, compiled a catalogue of the oracle bones collections in Great Britain.

Some oracle bones from the Couling-Chalfant collection are now on display in the Library’s Treasures Gallery until January, as part of the exhibit Beyond Paper: 3000 Years of Chinese Writing.

The Couling-Chalfant collection or oracle bones and its fakes

In 1899, a Chinese scholar, Wang Yirong 王懿荣 was examining the “dragon bones” in his medical prescription before they were pounded into powder and noticed that they had what seemed to be an ancient form of writing on them. Within a few years, a few Chinese scholars had begun to collect these inscribed bones. By 1904, the Western missionaries, Frank Chalfant (1862-1914), and Samuel Couling (1859-1922) began to collect them too. The sellers refused to divulge where the bones were found, but in 1914, the source was traced to Yinxu 殷墟, “the Remains of Yin,” near Anyang in Henan Province. Yin is another name for Shang, an ancient Chinese dynasty, and when the site was finally excavated in 1928, the last capital of that dynasty was discovered. Current archaeological evidence suggests that the Shang ruled from this site from about 1300 to 1050 BC, so the name of the site reflected a cultural memory that had lasted some 3,000 years.

The inscribed “dragon bones” include turtle shells (primarily the undershells) as well as bones (primarily ox scapula), as the Chinese name, jiagu 甲骨denotes. The English popular name, “oracle bones” reflects the fact that they are primarily divinations intended to ensure that the ancestors were satisfied by the offerings made by the Shang king and would favor the activities of him and his people. The writing is the direct antecedent of modern Chinese characters and it was already a fully developed system, using the same principles of character formation as later characters. Nevertheless, it was not easy to decipher. 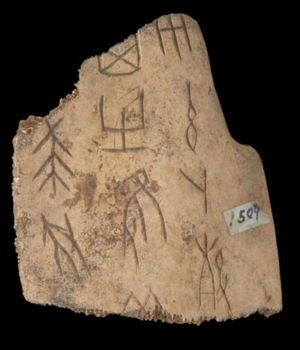 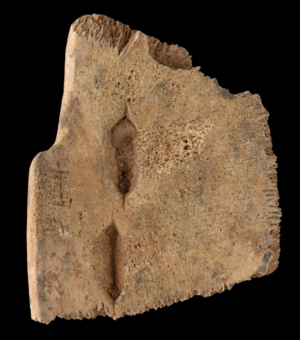 Oracle bone (turtle plastron) from the Couling-Chalfant collection. All characters appear to be genuine (British Library Or. 7964/1509 recto and verso, Ying 597)

The divinations usually start with two characters that denote a day in a cycle of sixty. This cycle is made up by correlating a cycle of ten characters, later known as “heavenly stems” and a cycle of twelve characters, later called “earthly branches.” I have hypothesized that these were the names of the ten suns and twelve moons in Shang mythology. The names used to designate the royal ancestors also included one of the ten sun-names and offerings were made to them on the corresponding day, with the most ancient ancestor listed first. Thus, once these characters were deciphered, it was possible to establish a genealogy of the royal ancestors and these ancestors corresponded generally to the list of Shang kings found in the transmitted histories.

Part of the Couling-Chalfant collection was acquired by the British Library in 1911. At that time, the writing was still in the early stages of decipherment. Fake inscriptions began to be produced very soon after people began to purchase the bones. About 90% of Shang oracle bones are blanks: a divination was made by applying a hot poker to a prepared hollow, which produced a crack on the opposite side, but no writing was engraved on the shell or bone. Other bones had empty spaces. Since the price was calculated by the number of characters, the peasant who found it or seller often added characters. An example, is Or.7694/1517 (Ying 英 600). This bone has at least two genuine characters that are written very faintly, a common notation on cracked bones that is not well understood but means something like “two reports” (er gao 二告). It also has one line that makes sense and may be genuine. This is the fifth line from the left in the main block of characters. It says, “if the king goes to inspect the region of (name), he will receive [divine favour]. The other characters are copies of ones found on genuine oracle bones, but because the forgers did not understand the script, they don’t make sense.

Oracle bone from the Couling-Chalfant collection with both genuine and fake inscriptions (British Library Or. 7964/1517recto, Ying 600) 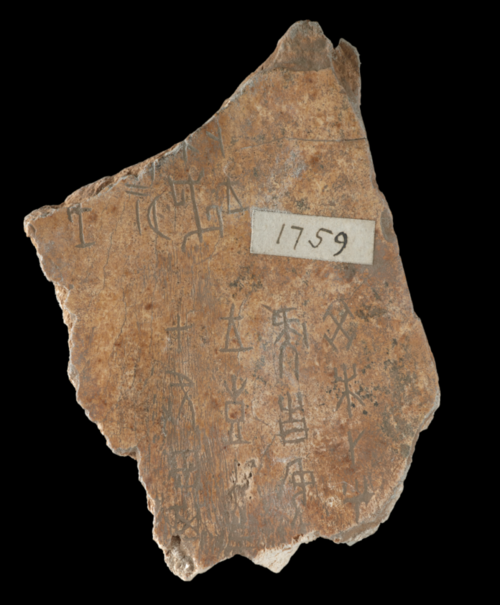 Another example of oracle bone from the Couling-Chalfant collection with both genuine (at the top) and fake (at the bottom) inscriptions (British Library Or. 7964/1759 recto, Ying 1861)

Posted by Ursula Sims-Williams at 12:27 AM