Henry Salt and the Highlands of Ethiopia (Abyssinia)

Although separated by land and sea, the history of relations between Europe and Ethiopia goes back to early antiquity. The earliest account of Ethiopia in the West can be found in the epic poems of Homer. However it was the popularity of the legend of the 12th century Christian king, Presbyter Johannes (Prester John) in medieval Europe that revived Ethiopia in the European imagination. From the 12th century onwards the relationship between Europe  and Ethiopia was characterized by a mutual awareness of the vital role that each could play in checking and containing the spread of Islam. This has been documented both by Europeans and to some extent Ethiopians, mostly in printed publications, through collections of artefacts, and in private journals. Manuscript accounts have provided the main sources for much meticulous historical research, however the body of prints, photographs and paintings by European visitors have not had the same attention.

One of the finest artists to visit Ethiopia in early nineteenth century was the Egyptologist Henry Salt (14 June 1780 – 30 October 1827). Born in Lichfield, Staffordshire, Salt studied Classics and later went to London to join he Royal Academy Antique School. 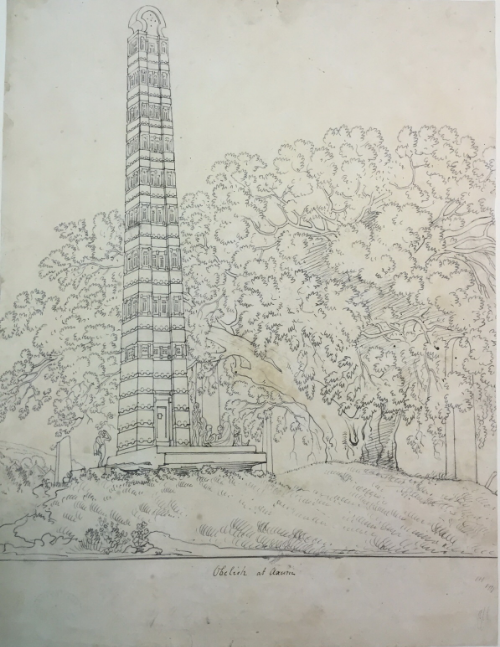 A meeting with George Annesley, 2nd Earl of Mountnorris resulted in Salt being appointed secretary and draughtsman to Viscount Valentia. Salt accompanied the Earl to India and the Red Sea area. While there, he also visited the Ethiopian highlands for the first time, including the ancient city of Aksum in 1805. Salt’s drawings were later published in Valentia's Voyages and Travels to India, in 1809.

Salt returned to Ethiopia in 1810 on the first official mission from Great Britain to establish trade and diplomatic links. The aim of the mission was to conclude an alliance with Abyssinia, and obtain a port on the Red Sea in case France secured Egypt by dividing up the Turkish Empire with Russia.[1]

Salt’s interest in Egyptology began in 1815, when he was appointed British consul-general in Cairo. However even before working in Cairo, during his time in Ethiopia, he had conducted an extensive survey of early Ethiopic and Greek inscriptions found in Aksum. 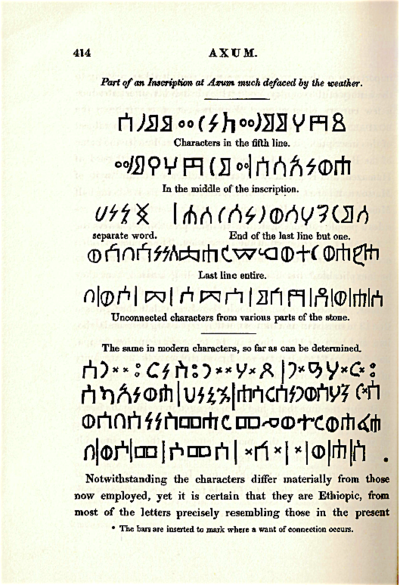 The British Library’s Department of Visual Arts has a good collection of visual materials relating to Abyssinia (Ethiopia). Amongst these are drawings by Henry Salt which date from 1805 to 1810.  Salt produced a number of drawings illustrating scenes of the Ethiopian highlands. The sketches were annotated by Salt with details of colour recording people and buildings.  His drawings are similar to those of Thomas and William Daniel in terms of subject matter, composition, use of colour and aesthetic ideal of the time. 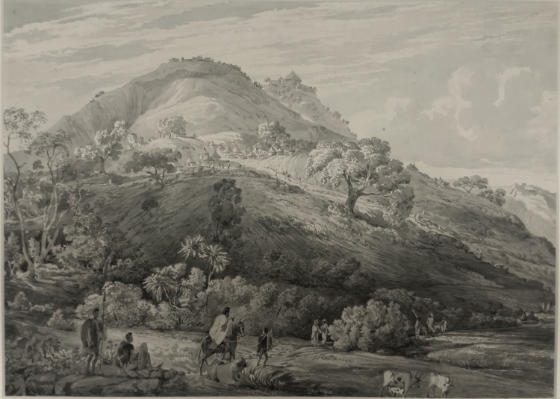 Salt's drawings of the Ethiopian highlands demonstrate the breadth of his work and his attention to detail. Most were reprinted by the Ethiopian Tourist Commission in the early 1970s. 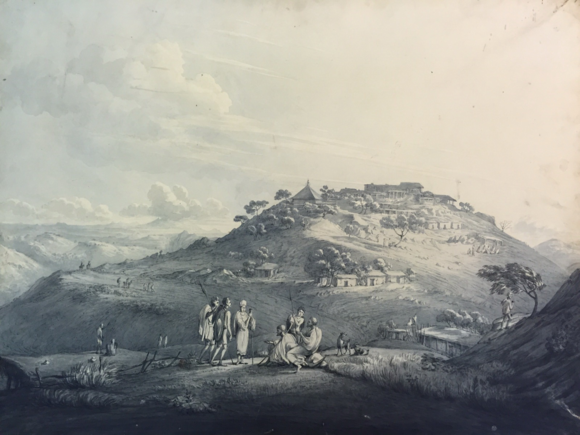 Salt’s paintings of India have acquired monumental status, becoming a perpetual nostalgic reminder of the “British Raj”.  However his paintings of Abyssinia (Ethiopia) have not gained the consideration they merit.

Salt, H.,  A voyage to Abyssinia, and travels into the interior of that country, executed under the orders of the British Government, in the years 1809 and 1810: In which are included, an account of the Portguese settlements on the east coast of Africa, visited in the course of the voyage, a concise narrative of the late events in Arabia Felix, and some particulars respecting the aboriginal African tribes, extending from Mosambique to the borders of Egypt, together with vocabularies of their respectives languages. London: F.C. and J. Rivington, 1814