The Chinese collections at the British Library contain more than 100,000 printed books and 2,500 periodical titles. The earliest acquisitions of Chinese material were from the collection of Sir Hans Sloane, founder of the British Museum. The collection includes notable printed pieces from the Ming and Qing dynasties, the Diamond Sutra (Jingang jing), as well as 24 volumes (corresponding to 49 chapters) of the Yongle Dadian. The Chinese collection at the British Library also includes a unique series of more than 450 pieces of oracle bones (jia gu). They are dated between 1600 and 1050 BC (Shang dynasty), and this makes them the oldest items in the Library. 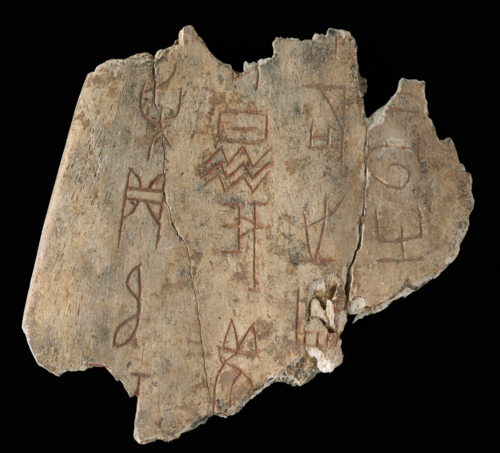 The earliest Chinese script: Shang dynasty characters on fragments of an oracle bone dating between 1600 and 1050 BC. British Library, Or.7694/1516

The Library has always engaged strongly with international partners and researchers, including many institutions in East Asia. The International Dunhuang Project (IDP) was founded in 1994 as a collaborative project with the National Library of China as a founder member. Its remit is the conservation, cataloguing, research and digitisation of the material from Dunhuang and Chinese Central Asia now held in institutions worldwide. The Library’s collaboration with the National Library of China goes back to the 1980s when the BL and the NLC first started consulting together on this material. IDP now includes eight partners around the world, as well as several other collaborating institutions.

Our international cooperation activities with Chinese partners cover the following main areas: the conversion of the Library’s Chinese collection catalogues from microfiche and card formats to electronic records, the digitisation of selected items, the production of facsimile copies of Chinese rare items for distribution in China and worldwide, and the exchange of expertise and skills in different areas. These activities aim at enhancing access to the Chinese collections, within the broader framework of Living Knowledge and our aim of making the Library’s collections “accessible to everyone, for research, inspiration and enjoyment”. 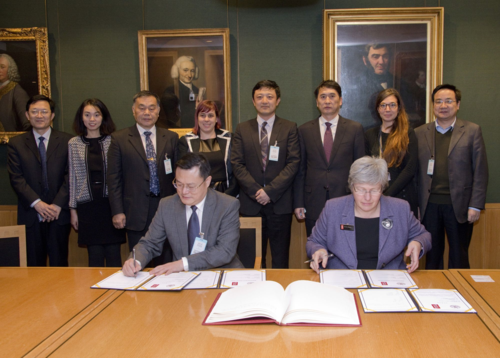 Caroline Brazier, Chief Librarian, signs a Memorandum of Understanding with the Director of Shandong University Zhang Rong in London on 3 December 2014.

2015 has been a remarkable year for the Library’s engagement with China: five agreements have been signed with three Chinese institutions (the National Library of China, the National Library of China Press, and Shandong University) and two digitisation projects were completed (the Yongle Dadian collection and the oracle bones collection). Furthermore, IDP signed a Memorandum of Understanding with Ningxia Archives for a collaborative project to conserve and digitise the Tangut manuscripts and block prints in the Library.

This year, the Library also received £62,500 from the Department of Culture, Media and Sport for a project involving the digitisation and the conservation of the oracle bones collection, working in partnership with the National Library of China. The Treasures Gallery free exhibition Beyond Paper: 3000 Years of Chinese Writing opened in September, and the crowdsourcing platform LibCrowds has been launched in cooperation with BL Labs. We are already receiving contributions from China, and we hope to be able to increase the number. 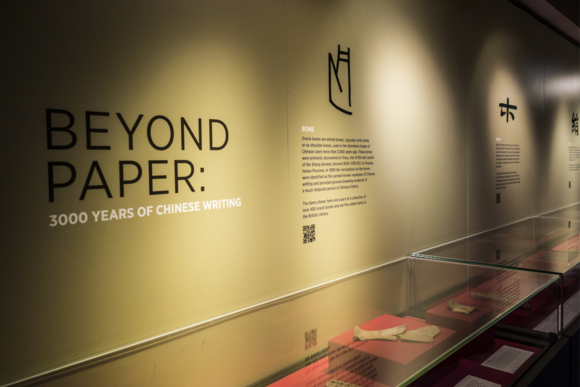 Beyond Paper: 3000 Years of Chinese Writing will be open until 17 January 2016 (photo by Tony Antoniou)

The latest exciting project was announced on 21 September 2015 on the occasion of Chancellor George Osborne’s recent visit to China, during an event at the National Theatre in Beijing hosted by the British Council, attended by the Library’s Chief Executive Roly Keating together with other leaders from prominent institutions in the UK’s cultural sector. For the first time, ten manuscripts and early editions from the Library’s collection by some of the best-known British authors of all time, including William Shakespeare and Sir Arthur Conan Doyle, will star in exhibitions across China between 2016 and 2019. As part of the same project, the Library’s learning website Discovering Literature will be translated into Mandarin, giving unprecedented exposure to the Library’s collections for new audiences. 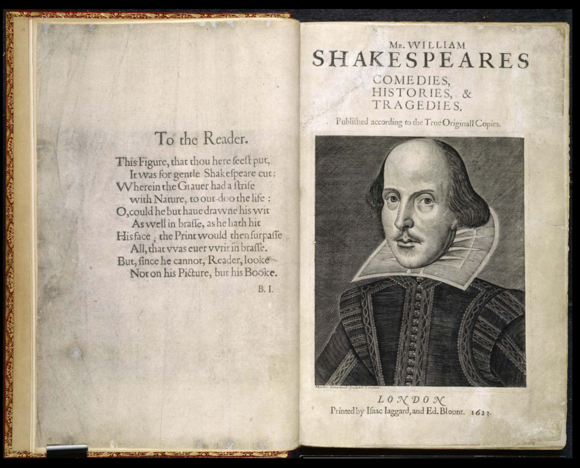 All the projects supported by the government aiming to take the best of British culture to Chinese audiences are listed on this HM Treasury page.

Posted by Annabel Gallop at 3:01 PM