‘Spying’ on 100 Black Men of London: A Ceremony of Learning

Spying? Not really. Let me explain. I am one of a team of educators at the British Library who deliver workshops for school and community groups. Shortly before Christmas, The 100 Black Men of London - a community-based charity - brought a large group of black youths to the West Africa: Word, Symbol, Song exhibition. They had organised their own workshop and were using the British Library’s Learning Centre to feedback and share their learning.

This is what I suddenly glimpsed through the glass sections of the connecting doors between the learning rooms: boys taking turns to stand before their peers, to present and share their new knowledge gleaned from the exhibition. 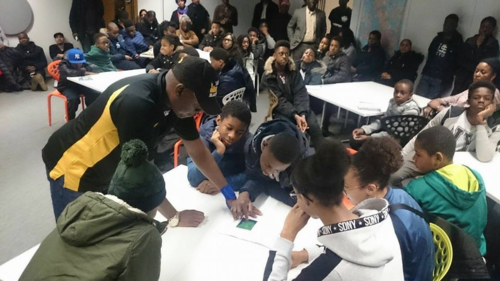 The group from 100 Black Men of London in the British Library’s Learning Centre.

I was transfixed, for it seemed to me they were reclaiming ground, making the newly-acquired knowledge about their ancestral place of origin their own. They spoke with pride and developing confidence and were clapped each in turn. I was deeply moved.

Olu Alake, of 100 Black Men of London, writes about the visit: ‘Our group of almost 60 young people and some of their parents found the exhibition very enlightening and empowering. It was for instance very gratifying that by the end of that very day, one of our youth groups had changed their WhatsApp group image to one of the adinkra symbols for leadership which they had seen in the exhibition!’ This, for me, is essential use of a brilliant exhibition, and an opportunity for the British Library to build community. 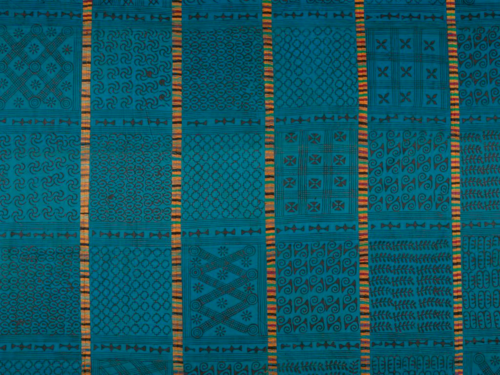 The education workshops we have delivered to varying school groups, as part of the West Africa exhibition programme, have been well received. We engage students through creative research, critical thinking, art, discussion and even song-making. We offer a unique opportunity for students to learn from the wide range of artefacts, written material, textiles, films and music that relate to West Africa in ‘word, symbol and song’. 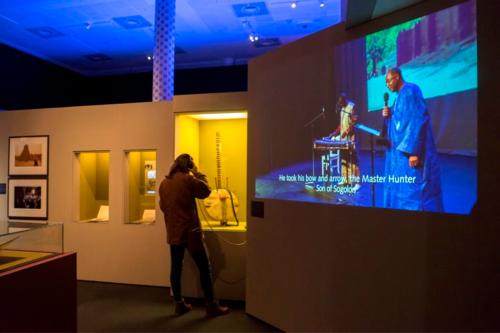 View of the first section of the West Africa: Word, Symbol, Song exhibition, which illustrates the Mali empire, founded in the 13th century. © Tony Antoniou

West Africa historically, and today, plays an integral role in understanding the forces that shaped and continue to shape the world we live in, yet many of the students we have worked with appear to have little knowledge of the topic. At the start of one session recently, eight-year-old children came out with statements such as ‘All Africans are poor’ and ‘They were all slaves’. The exhibition workshops provide a really important platform for open and honest discussions to explore and challenge stereotypes. 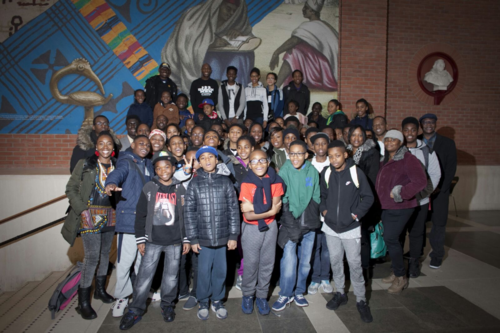 The group lined up for a photo with the mega-exhibition poster behind them.

In my view, the importance of this inspiring exhibition as a source of learning for children and adults of all ages cannot be overstated. It is expansive as well as beautifully detailed, celebratory in history and culture, and a joy to work with. My thanks to the curators and all The 100 Black Men of London who gladdened my heart and brought tears to my eyes, even though they did not know I was watching them.

Posted by Annabel Gallop at 6:19 AM