Blogger and novelist Fadi Zaghmout, together with translator Ruth Ahmedzai Kemp, recently visited the British Library. His debut novel, ‘Arūs ʻAmmān (ʻThe bride of Amman’), deals with the various struggles facing young Jordanians, including sexual orientation and gender identity. With this subject in mind, we looked at different sources – both historical and contemporary – for LGBTQ (Lesbian, Gay, Bisexual, Trans and Queer) history in the British Library’s Arabic collections. Some of those are presented here to mark LGBT History Month, which has been taking place throughout the month of February.

Publications from Helem
Helem, which means dream in Arabic and is also the acronym for Ḥimāyah Lubnānīyah lil-Mithlīyīn, is a Lebanese non-profit organisation working on improving the legal and social status of lesbian, gay, bisexual and transgender people. The British Library has two publications by Helem in its Arabic collection. The first, entitled Ruhāb al-mithlīyah: mawāqif wa-shahādāt, (ʻHomophobia: views and opinions’), edited by ‘Abd al-Raḥmān Ayyās, was published in Beirut in 2006 with support from the Heinrich Böll Foundation. It is a collection of essays by prominent individuals - such as Hanan al-Shaykh, Marie-Rose Zalzal, Rabih Alameddine, Tarek el-Ariss and Omar Nashabe - dealing critically with homophobia from various perspectives: literary, sociological, psychological, legal and so on. 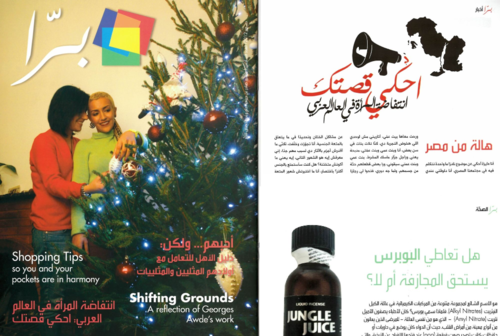 Front cover of issue 6 of Barrā (December 2012) with examples of articles on news and health.

The second is Barrā (ʻOut’). Initially published between 2005 and 2006, it was hailed as the region’s first LGBTQ magazine. It was subsequently re-launched in 2012 and the British Library has four copies. The magazine contains articles in both Arabic and English, and includes news, special features, opinion pieces, interviews, horoscopes and cartoons, as well as articles on health, arts and lifestyle.

Trans memoir
In 2010, Beirut publisher Dar al-Saqi released Mudhakkirāt Randā al-Trāns, a memoir by an Algerian trans woman named Randa and co-authored with Hazem Saghieh, political editor of the London-based Arab newspaper al-Hayat. As reported in the Independent in July 2010, the book “unflinchingly details Randa's life from childhood” including her first sexual experiences and “the consequences of her choice to live as a male-to-female transsexual”. 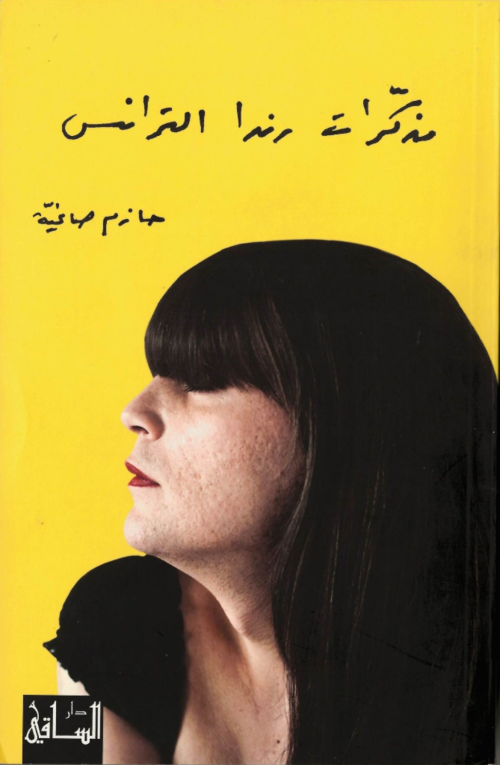 Some reports have stated that this is the first such memoir in Arabic, but WorldCat lists a book entitled Iʻtirāfāt Sayyid: al-qiṣṣah al-muthīrah li-ṭālib al-ṭibb alladhī taḥawwala ilá imraʼah, the biography of a transsexual Al-Azhar University medical student named Sally, published in 1991 in Alexandria, Egypt.

Randa’s memoir was quickly translated into Italian under the title Dillo alla luna (ʻTell the moon’) by Alessandro Buontempo and published by Edizioni Piemme in 2011. In addition, a documentary entitled Meanwhile in Beirut was released in 2015 by Swiss director Felipe Monroy and aired at last year's Fringe! Queer Film and Arts Fest in London. The protagonist is Lea, a 30 year old Lebanese trans woman, and the film shows domestic scenes of love, friendship, and sex work in contemporary Beirut. 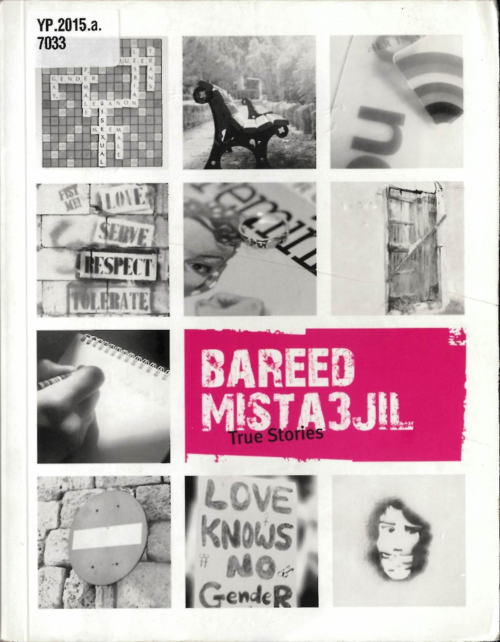 ‘Mail in a hurry’
The final item highlighted here is entitled Bareed mista3jil (‘Express Mail’) by the organisation Meem (Majmū‘ah Muʼāzarat lil-Marʼah al-Mithlīyah), a Lebanese LBTQ women’s group founded in August 2007. The book, published in 2009 and also supported by the Heinrich Böll Foundation, is a collection of forty-one narratives about Lebanese lesbian, bisexual, queer, and questioning and transgender people. Regarding the title, the introduction to the book notes:

‘Barred Mista3jil’ has a very close meaning to ‘Express Mail,’ but a better translation would be ‘Mail in a Hurry.’ It reflects both the urgency of getting these stories across and also the private nature of the stories – like letters written, sealed and sent out to the world.

The British Library’s collections of Arabic manuscripts, printed books, newspapers, periodicals, ephemera and sound recordings provide an interesting source (in addition to those in the region, such as the Jafet Library at the American University of Beirut) for the history of sexual orientation and gender identity. We aim to support this through our current selection and acquisitions, particularly that of out-of-print publications, and the acceptance of donated material. Yet, with more and more Arabic LGBTQ publications being published electronically, interesting challenges arise for archiving, preserving and providing access to this material.

Posted by Ursula Sims-Williams at 1:53 AM