The Vietnam War: Children at War

Ho Chi Minh: “The Working Youth Union members and our young people are in general good; they are ready to come forward, fearless of difficulties and eager for progress. The Party must foster their revolutionary virtues and train them to be our successors ...”
Việt Nam, commemorative issue on the death of Ho Chi Minh, October 1969, p.11. British Library, SU216

The Vietnam War affected all walks of life in Vietnam and children were not spared from the cruelty of this war. The physical suffering from heavy battles and bombardment of highly toxic chemical weapons are still felt even today. During the war years life for children was very hard, in both the North and the South of Vietnam. Houses and schools were bombed and destroyed. Many children became homeless and their schools had to be moved around or lessons had to take place after dark to avoid being targeted by heavy bombings. For example, one school in a liberated area in the South had to move site three times in four months due to the American air raids. Wherever they stopped, teachers and pupils built bamboo and palm leaf cottages in the midst of forests as their school (Việt Nam, no.132, 9, 1968, p. 10). 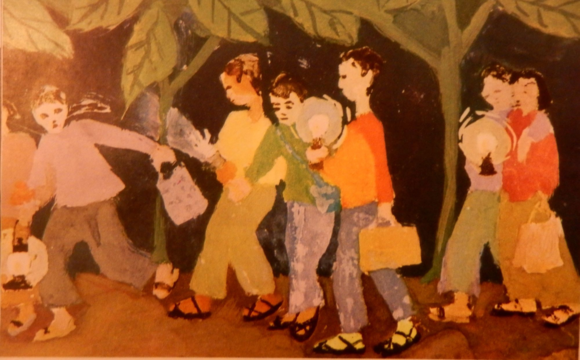 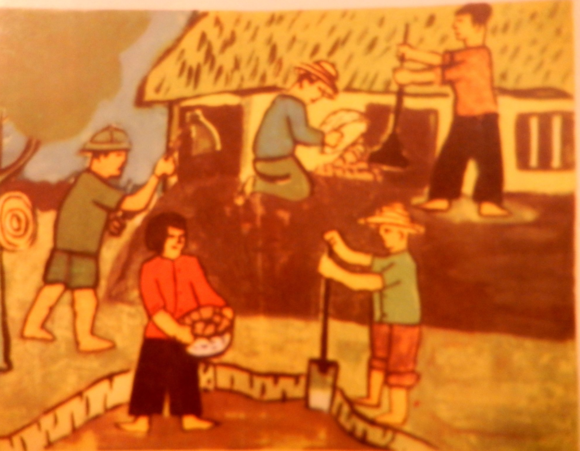 In the face of these hardships, the fighting spirit of the children was heavily fortified by the Vietnamese Communist Party and the National Liberation Front, and these institutions made children very aware of foreign enemies and their duty to serve their country. The attempts of the Vietnamese Communist Party and the National Liberation Front to inspire young minds to fight the enemy are illustrated by the glorification of Nguyễn Văn Trỗi, a young electrician and a Viet Minh member in the South. Trỗi was sentenced to death and executed by a firing sqad in Saigon in front of the press on 15 October 1964 for the attempted assassination of Robert McNamara, the US Secretary of Defence, who was visiting South Vietnam in May 1963. When the shots were fired at Trỗi, he shouted “Down with the U.S. Imperialists, Long Live Vietnam, Long Live Hồ  Chí Minh”. 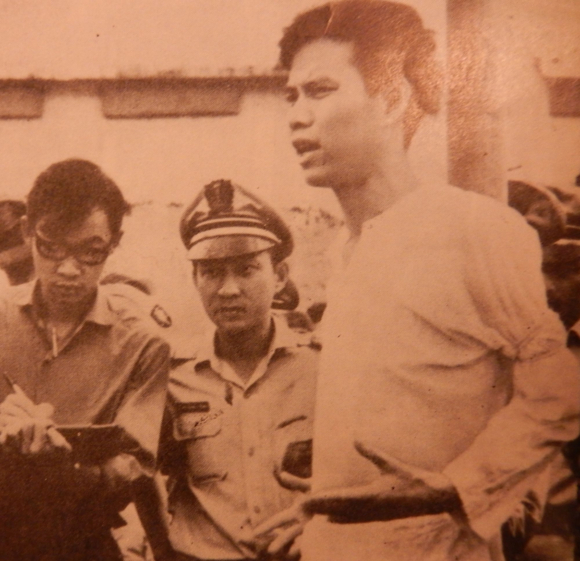 Hanoi treated Trỗi as a martyr and renamed many schools, prize awards and other revolutionary activities after him. In the liberated zones in South Vietnam, revolutionary schools named after him were set up to teach children about “learning for victory over the Yanks”.

According to one Hanoi publication: “…A system of revolutionary education has taken shape and is fast growing. With this the innocent and unstained minds of the children can absorb the cream of the sound and rich national culture very early, and the children will work their way to become good sons and daughters, excellent pupils and young activists. In the “small deeds, great significance” movement, apart from learning, they enthusiastically join their efforts with those of their parents and brothers in fighting the enemy and defending their villages and hamlets …” (Việt Nam, no.141 6, 1969, p.[29]). 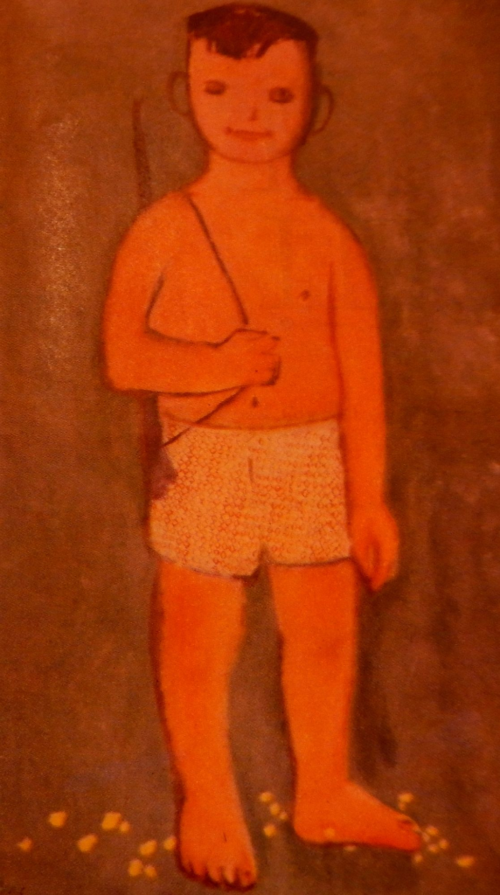 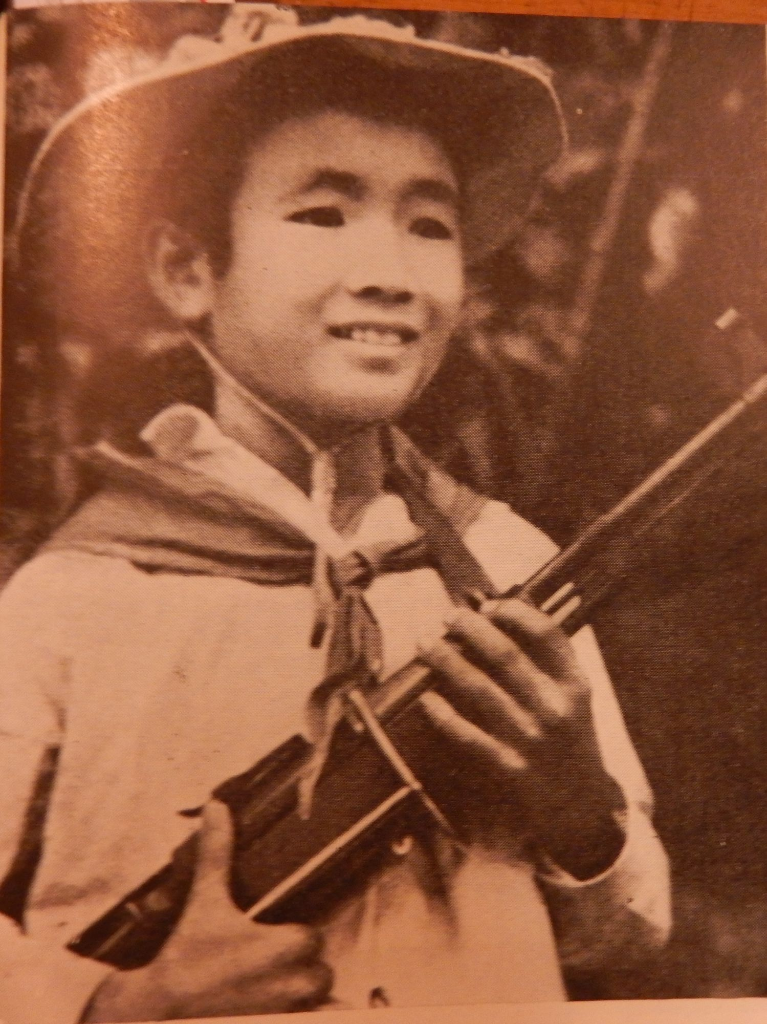 Against this background, children as young as 13 and 14 were involved in the armed struggle, learning guerrilla warfare tactics and killing both American and South Vietnamese soldiers. Some were trained to be informants. Many of them were decorated with awards and “glorious titles” such as “Iron Fort Children” or “Valiant Destroyer of the Yanks” (Việt Nam, No.141, 6,1969, p.[29]). Others were involved in other war-related activities, such as making hats for soldiers, constructing strategic roads to reach the South, barricading or fortifying their schools and even just giving moral support to members of their families before they left home to fight in the front line. In the North the Party organised activities to keep young minds aware of the on-going war and its horrible repercussions on their life. For example, painting competitions for young people on war themes were organised by some newspapers and cinemas. In the South a campaign to enlist support from the youth was launched by the Provisional Revolutionary Government. They were encouraged to engage in “five volunteer movements”, i.e., volunteer to destroy as much of the enemy’s manpower as possible, to join the army, to wage political struggle, to serve the frontline and to boost agricultural production (Việt Nam, no.150, 1970 p.[14]). 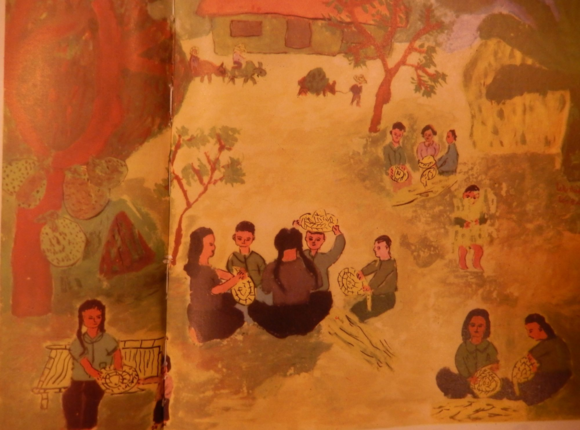 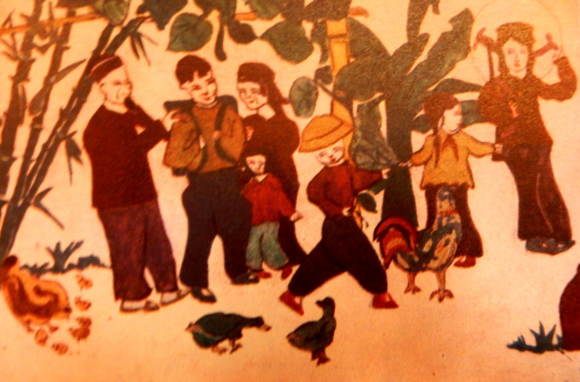 In the South, a new group of children was brought into the world as a result of wartime relationships between American soldiers and local women. These thousands of mixed race children, or Amerasians, faced many hardships in life both during and especially after the war, as they were regarded as outcasts by the Vietnamese. They were referred to as “bụi đời” or the “dust of life”. When, in 1987, the US government eventually set up a programme to allow these Amerasians to settle in the USA, some of them were able to leave Vietnam and to be reunited with their paternal families in the USA.

Curator’s note: As the British Library collection of Vietnamese serials comes mainly from North Vietnam, the nature of content for this blog post therefore only reflects information from the North, especially as found in the periodical Việt Nam published in Hanoi.

Posted by Annabel Gallop at 5:31 AM