With a long-standing interest in ancient Iranian languages and culture, I was especially excited when the possibility was raised of bringing the SOAS 2013 exhibition 'The Everlasting Flame: Zoroastrianism in History and Imagination' to the National Museum, Delhi. After months of tireless preparation the big night came just in time to celebrate the New Year festival Noruz. For the British Library, this was a double first: we had never lent original items to India before and it was the first time we were collaborating with the National Museum, Delhi. Dr. Najma Heptulla, Minister of Minority Affairs, speaks at the inaugural ceremony. Also on the platform: Baroness Blackstone, Chairman of the British Library Board and Baroness Amos, Director of SOAS.

Held originally at the Brunei Gallery SOAS, October 2013 – December 2013, 'The Everlasting Flame' at Delhi is curated jointly by 6 curators: Sarah Stewart in the lead with Firoza Punthakey Mistree, Almut Hintze, Pheroza Godrej, Shernaz Cama and myself. 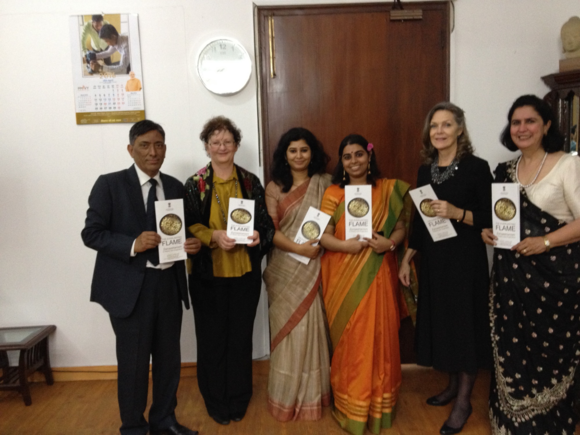 The exhibition comprises over 300 objects with loans from the British Library, British Museum, Victoria and Albert Museum, State Hermitage, National Museum of Iran, National Museum of India and many smaller institutions and private lenders. While the exhibition is basically the same as in 2013, it also includes 77 new items. Some of these are substitutions for exhibits which were unavailable but others are completely new such as the Sasanian silverware from Iran, the 7th century wall paintings from Panjikent, Tajikistan, a gold plaque from the Oxus treasure (5th-4th century BC) and a beautiful 13th century enamelled reliquary casket from Limoges which depicts the three Magi, the biblical ‘wise men’ from the East.

In 2013 I wrote several posts featuring some of the British Library loans: The Everlasting Flame: Zoroastrianism in History and Imagination; New exhibition opens on Zoroastrianism; Ovum Zoroastræum: ‘Zoroaster’s egg’; and Zoroastrian visions of heaven and hell 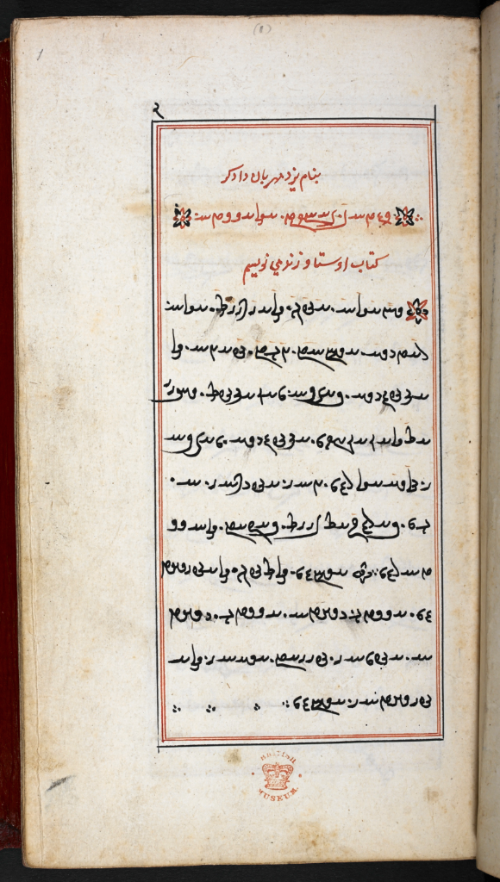 The Zoroastrian prayer book, Khordeh Avesta (‘Small Avesta’), contains Avestan prayers, hymns and invocations recited by priests and lay people in daily worship. This copy belonged to the famous orientalist Thomas Hyde (1636–1703) whose History of the Persian Religion was the first comprehensive work to be written on Zoroastrianism (British Library Reg.16.B.6, folio 1r)

New items from the British Library which were especially selected for Delhi include a copy of the Shahnameh which was illustrated by leading Mughal artists around 1616 in the workshop of ‘Abd al-Rahim Khankhanan and a copy of the Dasatir-i asmani by the charismatic 16th century theologian and philosopher Azar Kayvani whose neo-Zoroastrian interpretations sought to reconcile the pre-Islamic past with Islamic philosophy. 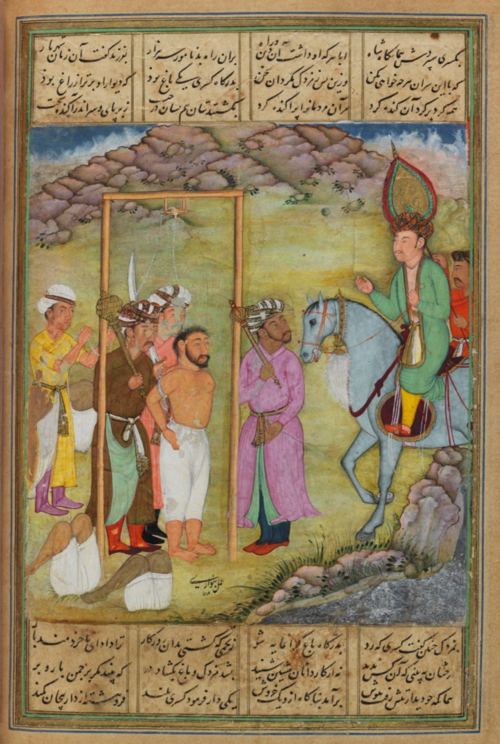 The execution of the 6th century Iranian heretic and social reformer Mazdak depicted in Firdawsi’s epic the Shahnamah (‘Book of Kings’). Mazdak’s followers are seen beneath the gallows, buried alive upside down. This copy of the Shahnamah probably originates from the 15th century but was refurbished around 1613 in the studio of the Mughal statesman Khankhanan ʻAbd al-Rahim. The artist of this painting was the well known Mughal painter Banwari (British Library Add.5600, folio 452v)

An extra bonus is that all the exhibited manuscripts have now been digitized and if not already on our digitized manuscripts site they will be available in the near future. I'll be writing more about them and individual items in the exhibition over the next two months.

Posted by Ursula Sims-Williams at 8:01 PM

Congratulations on taking this wonderful exhibition to Delhi, and initiating a collaboration with the National Museum. I would be interested to see photos of some of the 77 new items you mentioned.

One of them is the execution of Mazdak mentioned above. I'll be writing about some others during the next few weeks. However a supplement to the original catalogue has been published by the National Museum Delhi. I'll publish details of where copies can be obtaned from as soon as I find out.