A few days ago I was invited by Raja Noorma Raja Othman, head of the London branch of the Malaysian bank CIMB, to a special screening of a new Malaysian film on football. Ola Bola is a feel-good movie about the multiracial Malaysian national football team which qualified for the Moscow Olympics in 1980, only to miss out on the Games when Malaysia joined the international boycott in protest at the Russian invasion of Afghanistan.

Watching the film reminded me of a what a long history there is of interest in football in the Malay world, as reflected in the collection of Malay printed books in the British Library. Just three decades after the founding of the Football Association in England in 1863, a Malay version of the Rules was printed in Singapore in 1895, entitled Risalat peraturan bola sepak yang dinamai Inggeris fut bul, ‘A guide to the rules of the ball game called in English football’. Translated by Mahmud bin Sayid Abdul Kadir al-Hindi, the booklet was published by the Committee of the Ethical Association (Lembaga Keadilan Persekutuan Dar al-Adab) and printed at the American Mission Press, and sold for 25 cents a copy. It included a fold-out plan of a football field showing the position of the players, as shown below. 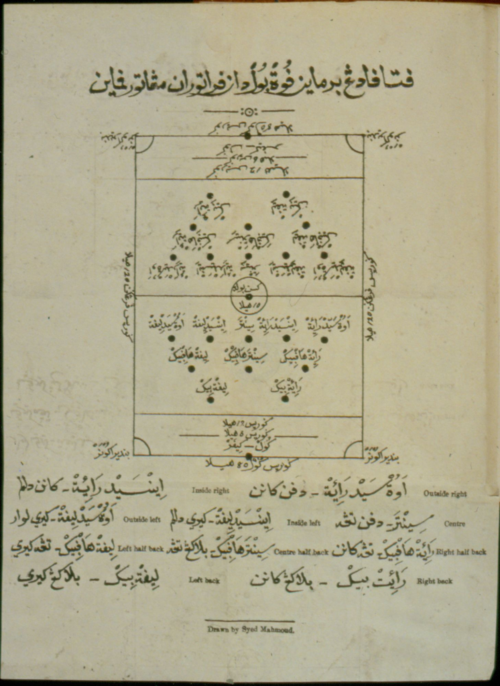 The Library’s Malay collection contains other gems of Malaysian football history, including a souvenir programme for the Gold Cup of 1947, Chendera Mata Piala Mas 1947, compiled by Md. Said bin A. Rahman and Rahmat bin Jais. The post-war formation of the first peninsular Malay football team (pasukan bola Melayu Semenanjong yang pertama diadakan) represented both a revival of and development on from the earlier Sultans’ Gold Cup, sponsored by the rulers of Perak, Selangor, Negeri Sembilan and Pahang, which had last been held in 1938. In the programme, the compilers also sought to shine the spotlight on earlier Malay football heroes, including Taib bin Haji Ishak, 'Backbone of Selangor' from 1935-1941; the dashing centre-forward Syed Alwi bin Syed Md. Alsagoff, who captained the Sultan Sulaiman Club from 1921-1924 and represented Selangor in the Malaya Cup; Md. Said bin Othman, head of the Negeri Sembilan squad; and Dool bin Budin, a former N.S. player and renowned referee. But the man who was named the 'King of Malay Football' in the pre-war years was Abdul Fattah bin Abdullah, known popularly as Dolfattah (d.1945).  When the Singapore Malay team toured to Sumatra, they were met by banners: 'DOLFATTAH - MALAY FOOTBALL KING - WE'VE SEEN HIS PICTURE - WE'VE READ THE NEWS - NOW THE MAN HIMSELF IS HERE.' In one match, when Dolfattah was unable to play due to an injury, the crowd started to shout 'Give us our money back! No point in watching if Dolfattah's not playing!'. In the end Dolfattah was forced to appear on the pitch and show his face, before the audience was appeased. Dolfattah later moved to Medan as a coach, and was said to be able to play all over the field - even when he was in goal. 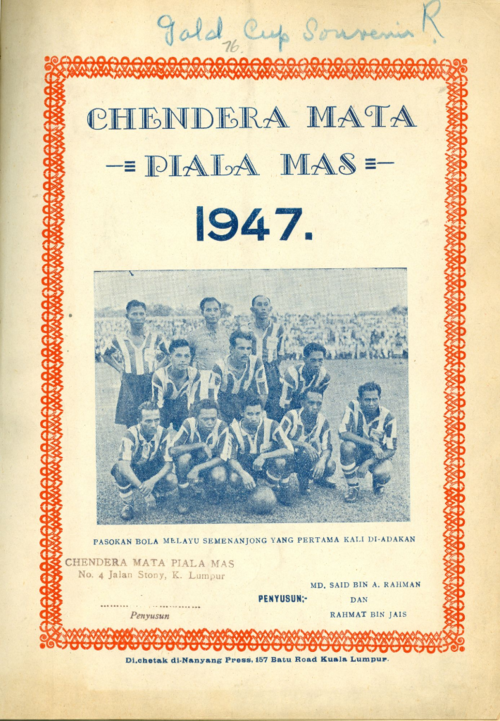 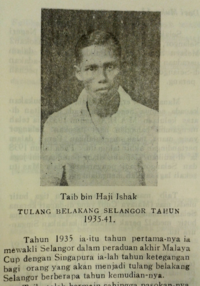 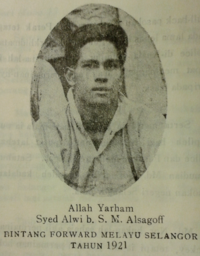 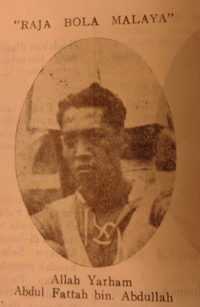 Publications on football have grown in popularity ever since. A new Malay translation of the Football Association Rules, Undang2 dan panduan bola sepak, by a former player and referee, H.A.B. Mansor was published in Penang in 1961 and sold widely. Countless magazines and newspapers were published to feed the appetite for news of the sport. 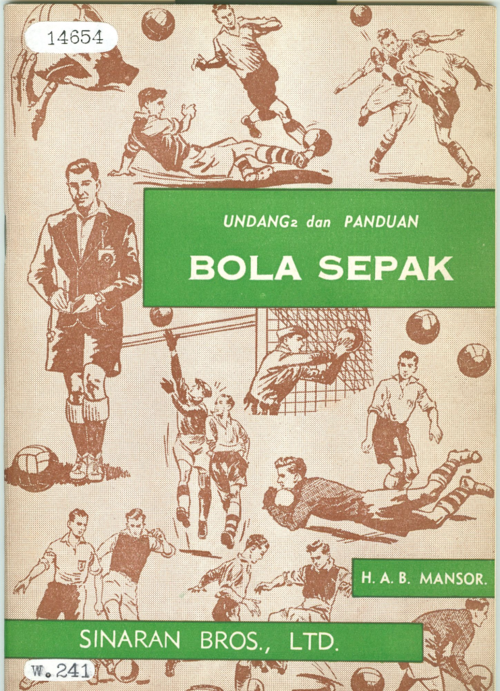 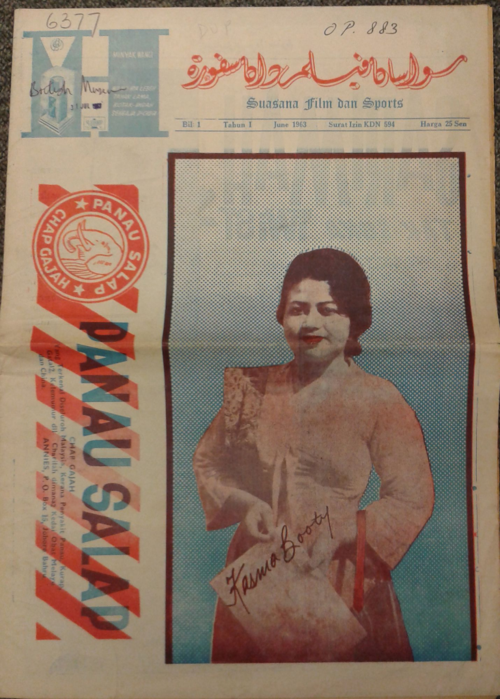 Football is the most popular sport in Malaysia today, with the attention of fans often focussed on the birthplace of the game, and two British Championship teams have Malaysian owners: Cardiff City (Vincent Tan) and Queens Park Rangers (Tony Fernandes). But in today's hyper-professionalised game with its expensive and ever-changing kit, it is nice to read about one of the old Malay 'Greats'. In the 1920s the Selangor player Mohd. Yusoff bin Tahir was nicknamed Kaki Besi, ‘Iron Foot’, because he eschewed fancy 'modern' football garb and even refused to wear boots, but with his bare feet could still kick the ball as hard as a horse. 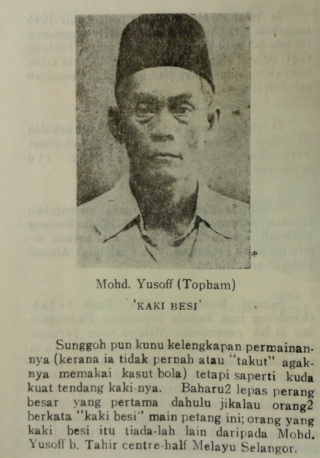 Posted by Annabel Gallop at 4:13 AM