In December 2004, the British Library acquired a small number of Thai and Burmese manuscripts, wooden manuscript boards, manuscript chests and cabinets, as well as paintings, from Doris Duke’s Southeast Asian Art Collection. Doris Duke (1912-1993) assembled one of the finest collections of Thai and Burmese art outside Southeast Asia, which upon her death was passed to the Doris Duke Charitable Foundation. The Foundation donated Doris Duke’s Art Collection to various museums in the United States and to three British institutions: the British Library, the British Museum and the Victoria and Albert Museum. 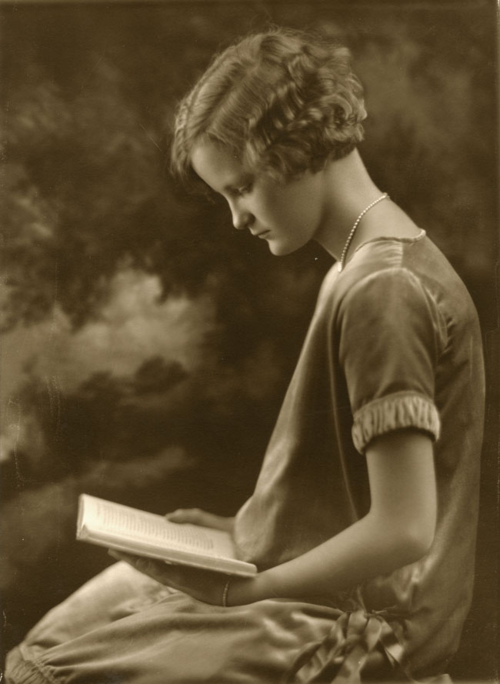 Doris Duke, born in 1912, was the only child of James Buchanan Duke and Nanaline Holt Inman. She inherited at the young age of twelve a substantial part of her father’s fortune, which was based on tobacco and hydropower production. Doris Duke pursued a variety of interests which included travelling the world and collecting art. When she went on a round-the-world honeymoon with her first husband, James H. R. Cromwell, in 1935 she visited Egypt, the Near East, India, Singapore, Thailand, Indonesia, the Philippines, Hong Kong, Japan and Europe. The cultures of the Near East, South and Southeast Asia sparked Doris Duke’s life-long passion for Southeast Asian and Islamic arts. One of Doris Duke’s first great art projects was the construction of Shangri La, her residence in Honolulu that was inspired by Islamic art, in the late 1930s.

After several trips to Thailand and Burma, Doris Duke established the Foundation for Southeast Asian Art and Culture in 1961. With the help of agents, the curator of the Foundation, F. D. de Bérenx, began to buy extensively Southeast Asian art and antiques of all types, including manuscript cabinets and manuscripts, Thai furniture and ceramics, Sino-Thai porcelains, wood, stone, bronze and ivory sculptures, and complete Thai houses. After a short period of time the Foundation had formed one of the largest and most important collections of Thai and Burmese art, furniture and decorative objects outside Southeast Asia, all stored at Shangri La. 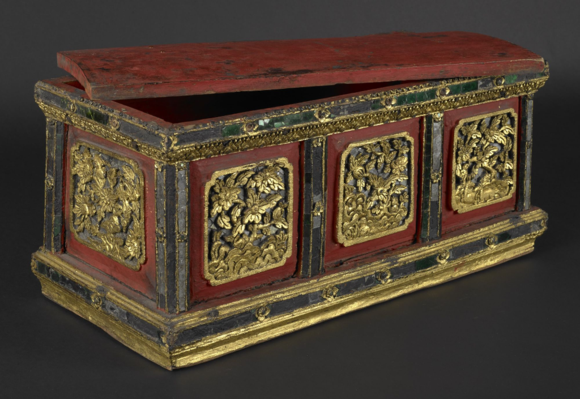 Inspired by meetings with Jim Thompson and visits to his traditional Thai residence in Bangkok, Doris Duke’s idea was to re-create and furnish an entire Thai village in Hawai’i, complete with a replica of a Thai royal pavilion, which she intended to open to the public for educational purposes, stressing the decorative and minor art works rather than archaeology and the major arts. Numerous drawings of the proposed village site and plans for the buildings that were to be constructed were made, but the acquisition of a site that fulfilled all of Doris Duke’s requirements proved difficult. In 1965 a fire at Shangri La destroyed five Thai houses. Doris Duke then considered Duke Farms in Hillsborough, New Jersey, as a possible site for the Thai village, and by 1972 all of the 2,000 Southeast Asian items had been shipped to New Jersey. Part of the collection was finally put on display in the Coach Barn and opened to the public in December 1972. Although her dream of a Thai village was never fulfilled, Doris Duke continued to acquire Thai and other Southeast Asian art works up until her death in 1993. 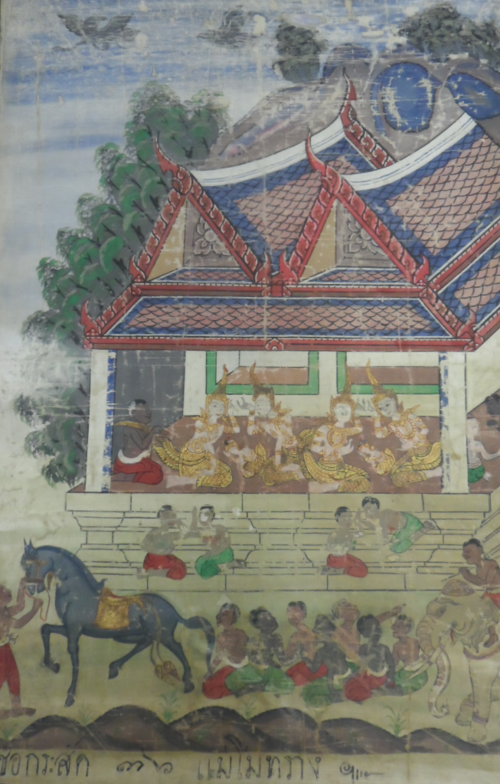 In 2001, shortly after Forrest McGill, Chief Curator at the Asian Art Museum, San Francisco, had viewed the collection at Duke Farms, the Coach Barn was flooded and the moisture affected several of the larger collection items. The Doris Duke Charitable Foundation decided then to donate museum-quality items from Doris Duke’s Southeast Asian Art Collection to institutions where her collection could be displayed and made accessible to the general public, with the Asian Art Museum and the Walters Art Museum receiving the first of these gifts.

The late Dr Henry Ginsburg, former Curator of Thai, Lao and Cambodian Collections at the British Library, helped to negotiate the distribution of selected items to institutions in the UK. At the time, he commented: “Along with a number of Thai and Burmese manuscripts, the Library’s acquisitions include a group of elaborately decorated manuscript cabinets dating from the 18th and 19th century. Such cabinets were not previously represented in any British collections; the generosity of the Doris Duke Charitable Foundation now means the British Library has the finest examples in the country, together with those donated to the British Museum and Victoria and Albert Museum.” 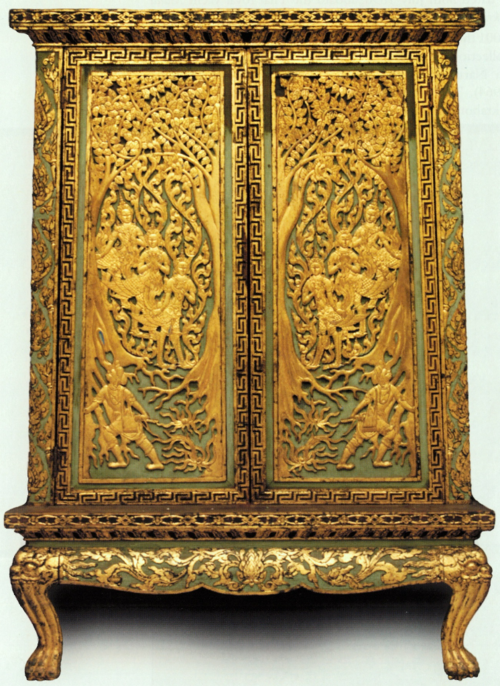 Particularly the rare pieces of Thai and Burmese furniture reflect not only how manuscripts were traditionally kept in Southeast Asia, but they are also outstanding examples of Southeast Asian lacquer art. In Thailand, unique lacquer and gilded designs were often applied on wooden furniture, doors and window panels of Buddhist monasteries or royal palaces. The technique consists of applying to the wooden panel several coats of black lacquer, a resin from a tree in the sumac family growing in mainland Southeast Asia. The drawing is then traced, and with a yellow-gummy paint the parts which have to remain black are covered in all their smallest details. The next process is to give a thin coat of lacquer over the surface, and when it is semi-dry, gold leaf is applied over the whole surface. After about twenty hours the work is washed with water to detach the gummy-paint in order to let the remaining gold design appear in all its details. Hence this art is called "lai rot nam" in Thai - designs washed with water. Of course, the beauty of the lacquer work depends first upon a perfect design and afterwards a perfect execution which the artist himself must carry out. 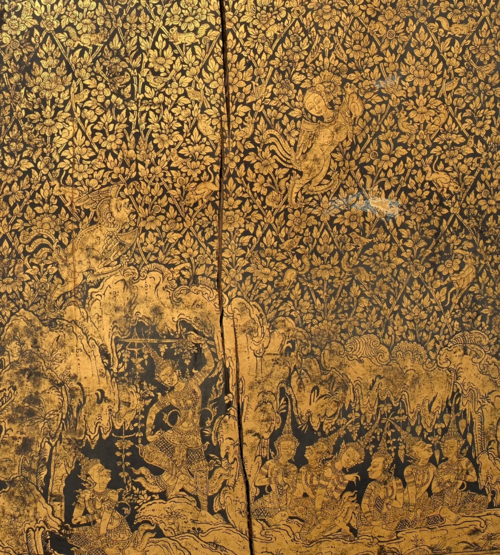 Detail from a large wooden manuscript cabinet from central Thailand showing a scene from the Mahosadha Jataka, one of the last Ten Birth Tales of the Buddha. The filigrane gold and lacquer decoration made in “lai rot nam” technique is of outstanding quality (19th century). Gift from Doris Duke’s Southeast Asian Art Collection. British Library, Foster 1057

The art of lacquer reached its peak in the Ayutthaya kingdom in the seventeenth and early eighteenth centuries. Later the capital of Thailand moved to Thonburi, and then to Bangkok in 1782. The art of lacquer continued to follow the achievements and styles of earlier times, though other influences, particularly Chinese flower and landscape designs, became more pronounced.

Previous blog posts in this series:

Posted by Annabel Gallop at 2:41 AM