Ofuda: in with the good, out with the bad (Part 2)

In the previous Ofuda blog, we gave a brief introduction to Japanese amulets (Ofuda) which have always reflected the fundamental curiosity of people about the uncertainties of life. 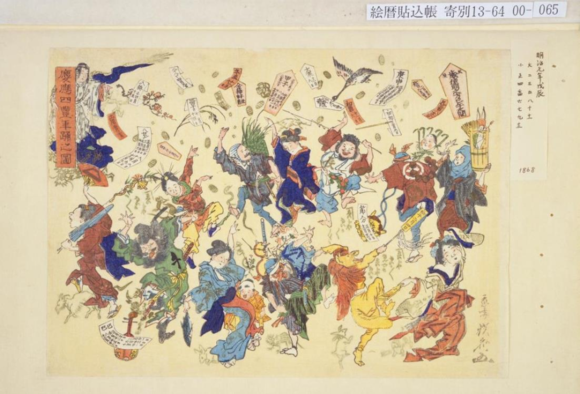 Ee ja nai ka ええじゃないかwas a convergence of carnival-like religious celebrations which coincided with a rumour that the Ofuda of Ise Shrine would fall down from heaven. Japan, between June 1867 and May 1868. Kawanabe Kyōsai 河鍋 暁斎. ‘Keiō Hōnen odori no zu 慶應四豊年踊之圖’ from the series Egoyomi Harikomichō  [絵暦貼込帳] 1792-1870. National Diet Library

Lafcadio Hearn was a Japanologist who was fascinated by Ofuda. Hearn was born on Lefkada, in the Greek Ionian islands, in 1850 during the British occupation.  He was the son of an Irish soldier and a Greek mother, and moved to Ireland when he was still an infant. He later worked as a journalist in the USA and eventually settled in Japan in 1890 where he married a Japanese woman the following year, and in 1896 obtained Japanese citizenship and took the Japanese name of Koizumi Yakumo 小泉八雲. 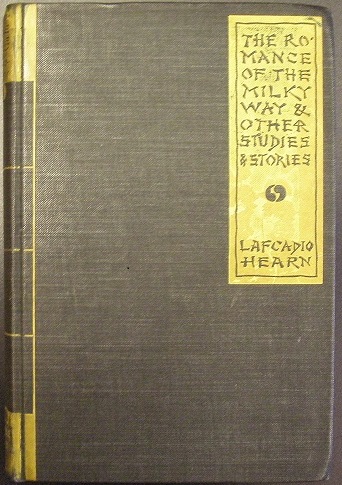 Lafcadio Hearn's last book, The Romance of the Milky Way, and Other Studies & Stories, is an anthology of seven different short studies and stories. One of these is ‘Goblin Poetry’, Hearn’s selected translations taken from the Kyōka hyaku monogatari  狂歌百物語. Hearn owned a copy of the original work, which was compiled by Tenmei Rōjin 天明老人 , illustrated by Ryūsai Kanjin 竜斎閑人 and published in 1853 (Kaei嘉永6).  Together with the majority of Hearn's private book collection, it was purchased by Toyama High School (est. 1924), which later became Toyama University, where The Lafcadio Hearn Library is now held. Kyōka hyaku monogatari was listed on p.117 in the Catalogue of the Lafcadio Hearn Library in Toyama High School (1927).

In ‘Goblin Poetry’, Hearn wrote an explanation of the Japanese title as follows: 'The Hyaku monogatari or “Hundred Tales” is a famous book of ghost stories, Kyōka is written with a Chinese character signifying “insane” or “crazy” and it means a particular and extraordinary variety of comic poetry' (Hearn & Rogers 1905: 53-54). 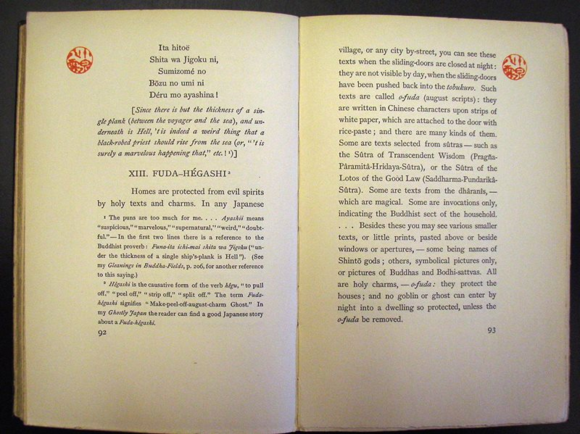 The chapter on Fuda Hegashi 札へがし in ‘Goblin Poetry’. Lafcadio Hearn and Bruce Rogers, The Romance of the Milky Way, and Other Studies & Stories. Boston: Houghton Mifflin, 1905. British Library 12355.aa.26

In his footnote to poem 'XII, FUDA-HÉGASHI', which he explains as “Make-peel-off-august-charm Ghost”, Hearn also refers to his other book Ghostly Japan in which the reader can find a good Japanese story about a Fuda-hégashi (Hearn & Rogers 1905: 92-93).  This is the story ‘A Passion of Karma’, the English translation of Botandōrō 牡丹灯籠. 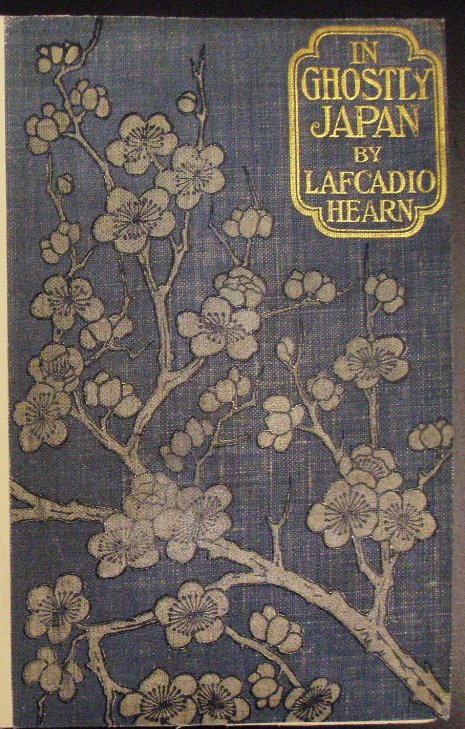 In Ghostly Japan is a collection of 14 mysterious Japanese short stories. Story No 6  is  ‘A Passion of Karma’. Lafcadio Hearn, In Ghostly Japan. London: Sampson Low, Marston and Co, 1899. British Library, 08631.F.6

In 1934, Hearn’s family published an extremely valuable book on the thirtieth anniversary of his death. It was an endeavour in which his whole family was heavily involved: his eldest son was the editor, his grandson wrote the Daisen題簽 (the book title slip), and the design of the cover cloth was inspired by Hearn’s favourite bedcover.  Yōma shiwa 妖魔詩話 assembled together three elements in one  book: the original Japanese text of the Kyōka hyaku monogatari; ‘Goblin Poetry’, which was Hearn’s published English translation; and Hearn’s own draft notes for the preparation of his publication. For an introduction to the book, and the background to its publication in 1934, see 小泉八雲秘稿画本「妖魔詩話 」/ 寺田寅彦 著. 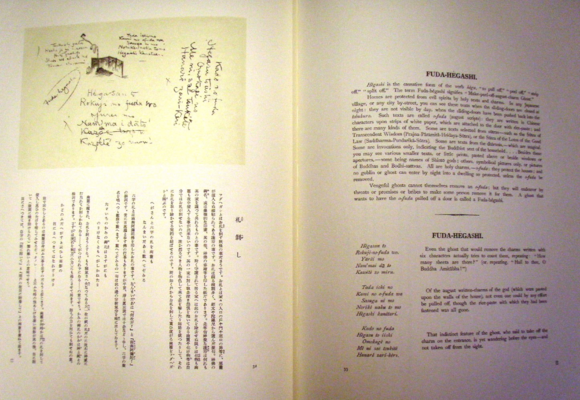 This is the page on Fuda Hegashi 札へがし. At top left is a facsimile of Hearn’s manuscript with his original illustration; at bottom left is a modern Japanese transcription of Edo Kyōka poems and explanations in Japanese, based on Hearn’s English translation edited by his eldest son Kazuo Koizumi; while on the right page is the main text of ‘Goblin Poetry’. Lafcadio Hearn and Kazuo Koizumi小泉一雄. Yoma Shiwa: Koizumi Yakumo Hiko Gahon妖魔詩話 : 小泉八雲秘稿畫本. Tōkyō: Hakubunkan Shinsha 東京 : 博文館新社, 2002. British Library, ORB.99/236.  Image courtesy of Hakubunkan Shinsha博文館新社.

The British Library has recently acquired a deluxe facsimile published in 2002 of Yōma shiwa 妖魔詩話, which was originally published in 1934 by Oyama Shoten 小山書店, which affords us a rare opportunity of seeing Hearn’s handwriting.  Although the footnotes for ‘Goblin Poetry’ were omitted in Yōma shiwa, nevertheless, we are still aware of Hearn’s clear intention to link Fuda Hegashi and the well-known episode of Ofuda-hagashi お札はがし in ‘A Passion of Karma’ in his two books, The Romance of the Milky Way, and Other Studies & Stories and In Ghostly Japan. 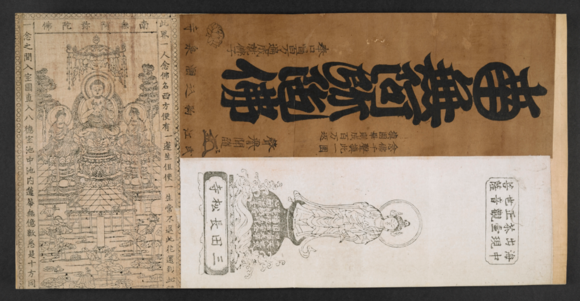 Posted by Annabel Gallop at 9:57 AM