Jainism in the early 19th Century: Drawings from the Mackenzie Collection

The British Library holds over a thousand Jain manuscripts, most of which were collected in the 19th Century, by Indologists and East India Company officials. In a recent blog, Pasquale Manzo, the British Library’s Sanskrit curator, gives an overview of these manuscripts, and news that 33 of them have been digitised.

One of the collectors mentioned in this previous blog is Colin Mackenzie, the first Surveyor General of India. There are 21 Jain manuscripts, 18 of which are palm leaf manuscripts from Karnataka’s Digambara tradition, in the British Library’s Mackenzie Collection.

The outer ‘patli’ wooden boards of this manuscript are decorated with a blue and gold border, and with pink flowers and green leaves. A red silk cord runs through a hole in the palm leaves, which holds the manuscript together. When closed, the manuscript was secured by the cord, which was wrapped around the patli boards. The label recording the manuscript's despatch to London in 1825 is attached. (BL Mackensie XII.14 cover and label)

Illustrated folios from the Navagrahakundalaksana, in an 18th Century palm leaf manuscript from the Digambara tradition, collected by Colin Mackenzie in Karnataka in the early 19th Century (BL Mackenzie XII.14, ff. 2-3)

Palm leaf Digambara manuscripts like this are extremely rare, but what makes the Mackenzie Collection’s Jain holdings even more amazing is the other materials, such as drawings and transcribed oral accounts, which were gathered in Karnataka at the same time, between 1799 and 1810, when Mackenzie was conducting the Survey of Mysore.

Armed with a team of military draftsmen and Indian translators, Mackenzie’s attempts to learn about Jainism went beyond the standard Orientalist practice of collecting manuscripts. The draftsmen made drawings of a broad range of subjects, and the translators interviewed important members of the Jain community. Below are some drawings that were collected contemporaneously to the manuscripts and oral accounts. 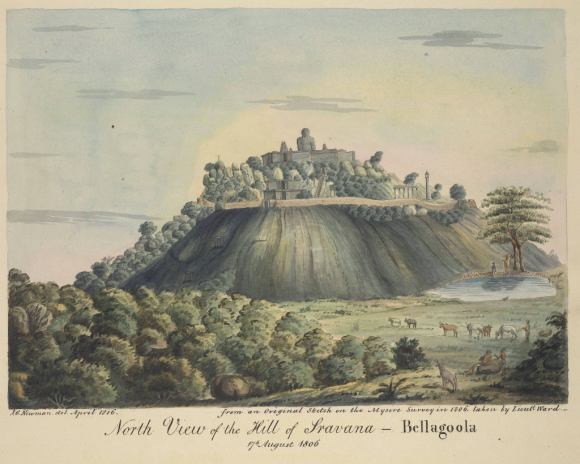 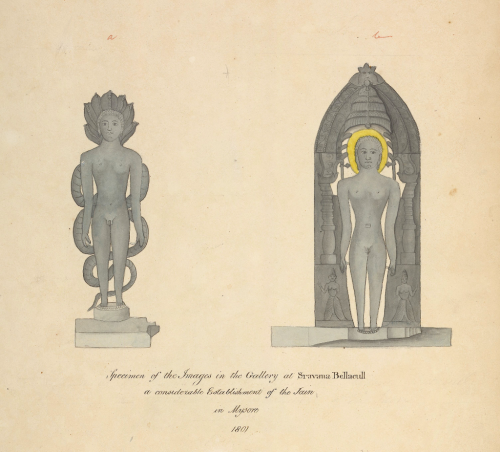 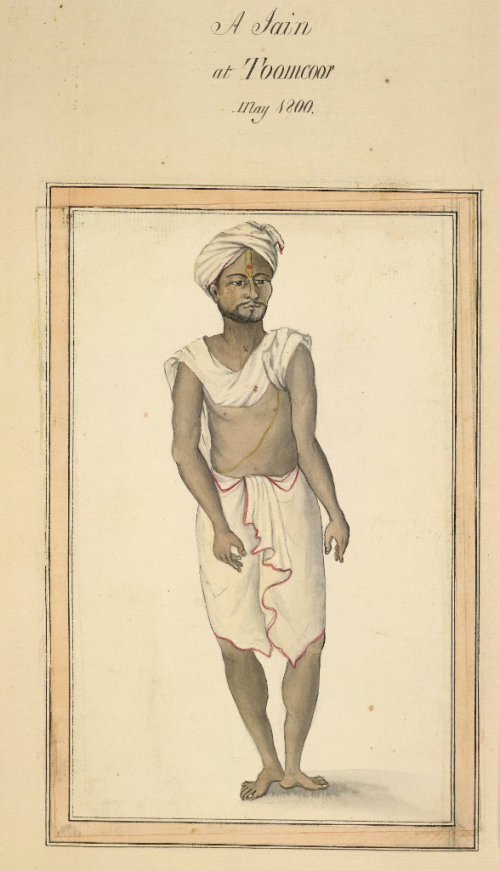 The drawings relating to Jainism in the British Library’s Mackenzie Collection are unique because they were gathered alongside such a wide variety of other materials at the same time and in the same region of India. Together, they provide a fascinating record of Jainism in Karnataka over 200 years ago.

Further Reading:
Balbir, Nalini...[et al], Catalogue of the Jain Manuscripts in the British Library: including the holdings of the British Museum and the Victoria and Albert Museum. London: British Library and Institute of Jainology, 2006.
Boriah, Kavali Venkata. “Account of the Jains: Collected from a Priest of this Sect, at Midgeri: Translated by Cavelly Boria, Brahmen for Major C. Mackenzie.” Asiatick Researches, 9 (1809): 244-256
Howes, Jennifer. “Illustrated Jaina Collections in the British Library.” In Hegewald, J. Jaina Painting and Manuscript Culture, Berlin: EB Verlag, 2015: 245-66

Posted by Ursula Sims-Williams at 12:33 AM