The ancient capital of Mahabalipuram stands on India’s Coromandel coastline, facing one of ancient Asia’s most famous and lucrative shipping channels. Its formidable 7th-century stone monuments, many of which were hewn from single granite boulders, were created under the Pallava Dynasty over 1300 years ago. These caves, temples and monoliths all bear witness to the power and wealth of the Pallava kings responsible for their construction. Today, Mahabalipuram is classified as a UNESCO World Heritage Site.

Many of the monuments at Mahabalipuram show scenes from stories and legends that were important to the Pallava kings. One of these scenes, taken from the Mahabharata, shows the actions of Arjuna, one of the story’s five Pandava brothers.

Two monuments at Mahabalipuram relate to Arjuna. The first of these is the massive sculpted cliff face showing Arjuna performing penance to Shiva, in order to receive “weapons” to augment his warrior abilities. The second monument dedicated to Arjuna is one of the five monolithic stone “rathas” (chariots) which stand in a group on Mahabalipuram’s beach. Unlike the sculpted cliff face, this second monument doesn’t bear any visible narrative connection with Arjuna from the Mahabharata. Why is this? 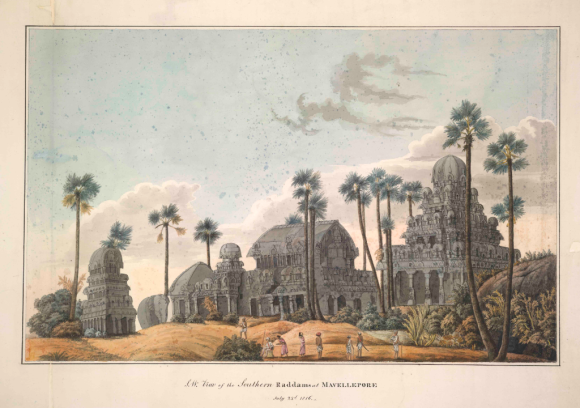 Two of the earliest written accounts from Mahabalipuram, written in 1799 and 1803, provide an astonishing explanation for the seemingly random naming of the Arjuna Ratha. The monument that is today called the Arjuna Ratha was only given this name a little over 200 years ago. Previously, the same ratha was named after Sahadeva, Arjuna’s youngest brother in the Mahabharata. Before this change occurred, there was another ratha named after Arjuna at Mahabalipuram, but it was nowhere near the group of five rathas on Mahabalipuram’s beach. It was a solitary monolith located on a rocky hill, close to the sculpted cliff face showing the “Arjuna’s Penance” relief.

In 1799, the old Arjuna Ratha was described as “cut out of one stone from bottom to top: & a Lingum placed in it... the people told me that Rajah Arjoon prayed to this image of Seevoo for a considerable time when he was here...” The Arjuna Ratha of the 18th century was connected with the famous sculpted cliff face showing Arjuna doing penance to Shiva. The precious linga inside the original Arjuna Ratha, alongside the incredible sculpted cliff face, worked together to localise the narrative of “Arjuna’s Penance” amidst Mahabalipuram’s rocky, seaside landscape. 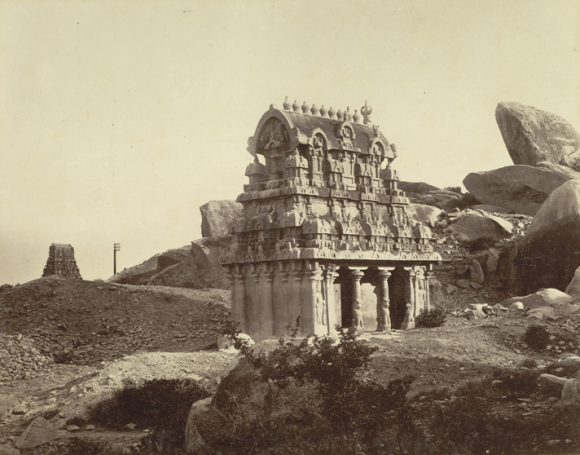 The old Arjuna Ratha was renamed the Ganesha Ratha in the early 19th century. The account of the site gathered in 1803 explains why:
“... [In]the Chariot of Arjoonoo, [which is] cut out of one stone the people say that herein formerly was one Image of Seevoo: but some years ago an English Gentleman carried it away [and] afterward the village Bramins placed a Ganasa in its place...”
Thus at some point between 1799 and 1803, the linga inside the old Arjuna Ratha was stolen. This meant that the old Arjuna Ratha could no longer fulfill its distinctive narrative function as the place where Arjuna worshiped Shiva. The linga’s replacement with an image of Ganesha is poignant because Ganesha, “the remover of obstacles”, is the deity that people appeal to in times of difficulty. 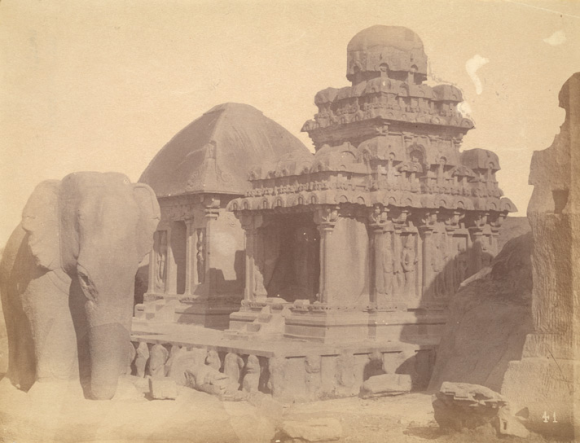 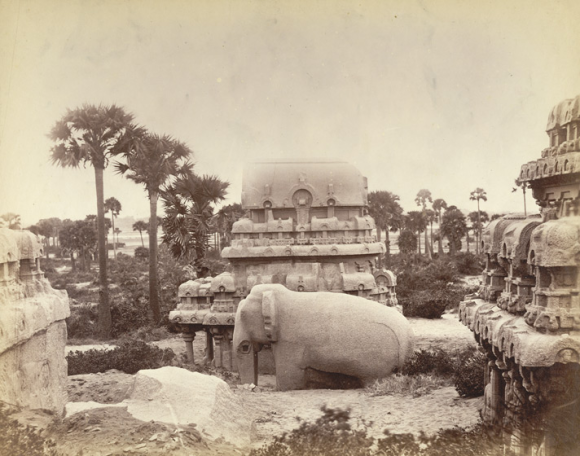 Two Telugu Brahmins, who also happened to be brothers, gathered the accounts at Mahabalipuram that recorded these changes. Now part of the British Library’s Mackenzie Collection, the accounts gathered by Kavali Boriah in 1799, and Kavali Laksmiah in 1803, prove that the names of monuments at Mahabalipuram were not fixed, and that the meaning behind Hindu temples, even when they are carved out of solid stone, can always be reinterpreted.

Posted by Annabel Gallop at 9:24 AM