The Library’s Thai collection contains more than 6000 titles of printed books, pamphlets and grey literature in Thai language, dating from the mid-19th century onwards. Due to a generous gift by Christian missionaries of about 100 books and pamphlets, the earliest period of printing in Thailand, from ca.1840-1890, is well represented, including a copy of the Treaty of Friendship and Commerce between Great Britain and Siam (Siam.29), also known as the Bowring Treaty, which was printed by J.H. Chandler at the Washington Press in Bangkok in 1856. 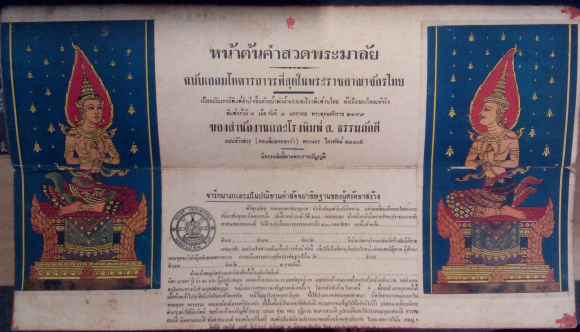 A printed version of Phra Malai, the legend of a Buddhist Saint who travelled to heaven and hell. This third edition in folding book format was printed in 1956 at S. Thammaphakdi Publishers in Bangkok. British Library, ORB.99/216 f.1

Numerous first editions, funeral volumes and government publications were acquired from the National Library of Thailand (formerly Vajiranana Library) in the first decades of the 20th century. From 1973 onwards, the British Library has systematically collected Thai publications on Thai art and culture, history, literature, anthropology, Buddhism, archaeology, law, politics and social issues. Recent acquisitions of contemporary publications are normally made by purchase, but occasionally antiquarian books are also added to the collection to fill gaps. Until recently, Thai printed books and serials acquired before 1986 were only accessible through a card catalogue in the British Library’s Asian & African Studies Reading Room, with author, title and subject sequences. However, in the past few years, efforts have been made to retroconvert card catalogues in Asian languages through internships, temporary cataloguing contracts and crowdsourcing initiatives like Libcrowds. Thanks to a four-month internship for Dr Thanyarat Apiwong in 2015, over 1500 book titles from the Thai card catalogue have now been added to the British Library’s electronic catalogue Explore, increasing the number of Thai book titles searchable electronically to over 5000. 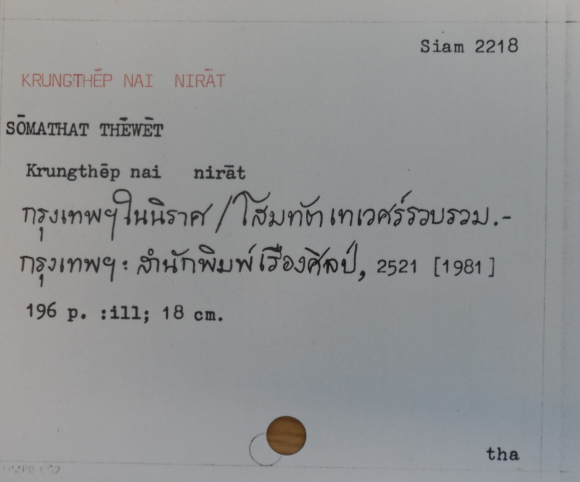 Example of a catalogue card showing basic bibliographic details of a Thai book, in Thai and partially romanised script.

The collection is particularly strong in publications by King Chulalongkorn, King Vajiravudh and Princess Sirindhorn as well as many other important scholarly and popular Thai authors like Phaya Anuman Rajadhon, Prince Damrong, Kukrit Pramoj, Botan, Kulap Saipradit, Chart Korbjitti, Khamsing Srinawk, Pira Sudham etc.  A  very small selection of rare Thai books from the Library’s holdings were fully digitised in collaboration with Northern Illinois University and include works on history, warfare, law, and literature, and are available on the Southeast Asia Digital Library. 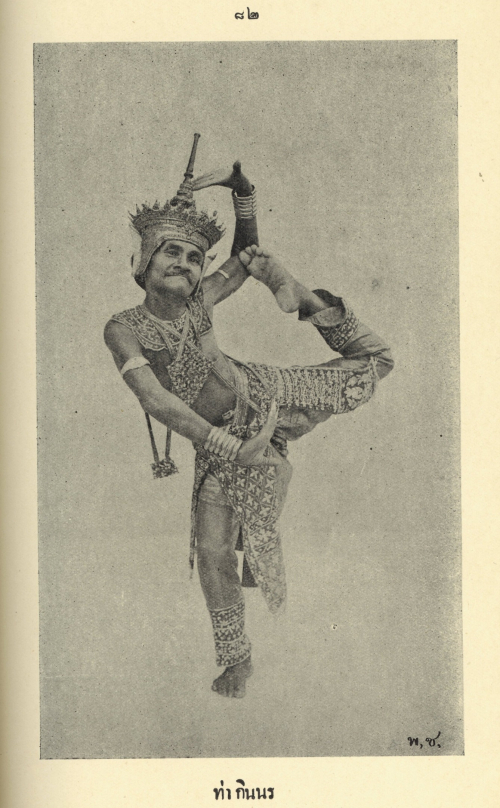 Translations of Buddhist, Chinese, Lao, Burmese and Western literary works into Thai language form one small though important part of the Thai collection. These include translations by King Vajiravudh of works by Molière, William Shakespeare, Sax Rohmer, Arthur Moreland and Georges Courteline. Some of these publications are among the finest examples of Thai printing and book binding, often adorned with gold decorations. 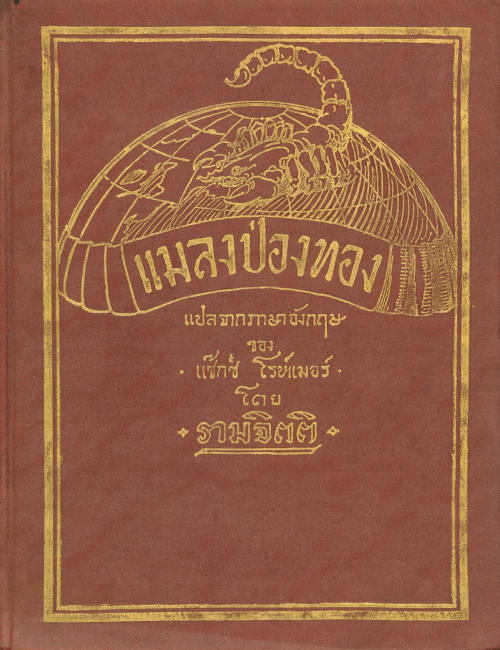 Posted by Annabel Gallop at 6:10 AM