November 2016 marks the launch of the ‘South Asia Series’ at the British Library. This is a series of talks based around the British Library’s South Asia collections and the ‘Two Centuries of Indian Print’ digitisation project. The talks will be delivered by academics and researchers from UK and abroad, who will share the results of their original and cutting-edge research, followed by discussions facilitated by BL curators and other specialists in the field. The presentations will take place between 5-6.30 pm at the Foyle Learning Centre at the British Library, 96 Euston Road, London NW1 2DB. 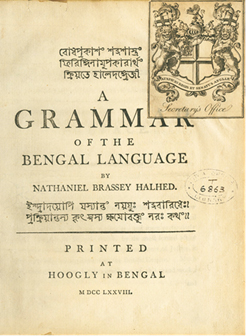 The first talk, on Monday 14th November, is by Dr. Richard Williams, a cultural historian and a Leverhulme Early Career Fellow in the Faculty of Oriental Studies at the University of Oxford. The talk, ‘Forgotten Music and Muted Women: gender, performance, and print in the British Library,’ will examine manuscripts, paintings and lithographed books in a variety of languages at the British Library to draw out forgotten forms of performance culture, but also to provide clues to the processes of marginalization and silencing that have shaped the way classical music is thought of today. Dr. Richard Williams will focus on female musicians, dancers, poets, and patrons, and demonstrate how women — and not just ‘courtesans’ — were deeply involved in pre-modern musical culture. An illustrated page from the Sarmayah i 'ishrat, an Urdu musciological treatise, by Sadiq Ali Khan Dihlavi (1875).  British Library, VT 638

The second talk in the series, on Monday 21st November, will be given by Neha Vermani, a third-year PhD student at Royal Holloway, University of London. Her talk entitled ‘Mughals on the menu: A probe into the culinary world of the Mughal elite’ will deconstruct the stereotype of Mughals as ‘meat-loving’ and ‘fat/cream-obsessed’ royals. Neha will use cookbooks and domestic manuals produced in the Mughal courts between the 16th-18th century held in the British Library collection to provide a more nuanced understanding of cooking techniques, influence of regional, Islamicate and European courts on Mughal food. 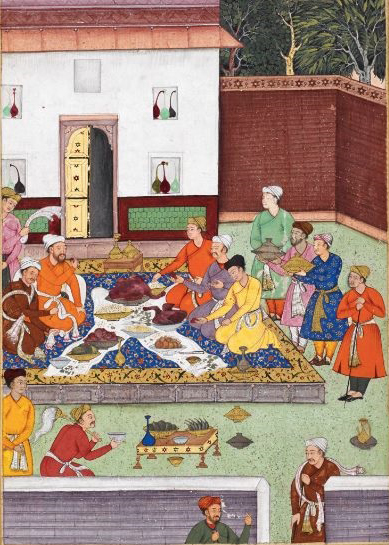 The third and last of the talks scheduled for the month, on Monday 28th November 2016, will be given by Dr. Priyanka Basu, who obtained her PhD from SOAS and currently works in the British Library's Asian and African Collections as a Bengali language specialist. Her talk, entitled ‘The ‘High’ and ‘Low’ of the Farce in Colonial Bengal: Bat-tala, Proscenium and Beyond’ considers literary productions from Calcutta in the second-half of the nineteenth century, particularly the genre of farce. Dr. Basu will explore the marginal and subversive nature of the farce in comparison to the colonial Bengali dramatic canon, and more broadly the cultural and literary politics surrounding the farce in colonial Bengal.

No advance booking is required, and the sessions are free to attend. Please do come along, listen and participate. For further information, please contact:

Posted by Annabel Gallop at 9:54 AM