Batak manuscripts in the British Library

The Batak peoples of north Sumatra are associated with a distinctive writing culture, with manuscripts written on a range of organic materials, primarily tree bark, bamboo and bone.  Most characteristic are the bark books known as pustaha, written on strips of bark of the alim (Aquilaria malaccensis) tree, which is folded concertina-fashion, and sometime furnished with wooden covers, which can be beautifully decorated.  Probably because of their intriguing appearance, Batak manuscripts are encountered in more libraries and museums in Britain than manuscripts in any other Indonesian language.

Batak pustaha in Simalungun script, containing a text on divination by means of a chicken that is put under a basket after its head has been severed. When it no longer moves, the datu (magician) lifts the basket and observes its position. British Library, MSS Batak 10.

The term ‘Batak’ covers a number of different linguistic groups, most prominently the southern cluster of Toba, Angkola and Mandailing, and the northern group of Karo and Dairi-Pakpak, with Simalungun generally treated as a separate category.  The Batak alphabet, which is written from left to right, is related to other Indonesian scripts all ultimately of Indian origin, including Lampung, Rejang and rencong in south Sumatra, Bugis and Makassar in Sulawesi, and Javanese and Balinese.

In Batak society literary works ranging from myths and legends to histories were composed and transmitted orally. The use of writing was restricted to certain specific purposes: for laments and letters, which were generally incised on bamboo, and for recording the esoteric knowledge of the datu, the shaman or medicine man, in the tree-bark books called pustaha (Kozok 2009: 15). In all Batak regions, the bark books are written in a fairly uniform arcane language called hata poda, the language of instruction. The subject matter encompasses protective or ‘white’ magic, which includes remedies and amulets and charms, destructive or ‘black’ magic, and divination. Pustaha may record the names of the writer or the datu from whom the knowledge was learned, but they are never dated, and therefore the year of acquisition by a library or museum is often the only reliable guide to dating a Batak bark book.

The British Library holds a pustaha, Add. 4726, which was presented to the British Museum by Alexander Hall in 1764, making it the oldest known Batak book to have entered a European collection. This manuscript consists of 18 folds of tree bark and two wooden covers, and has just been fully digitised and can be read here, and by clicking on the hyperlinks below the images. 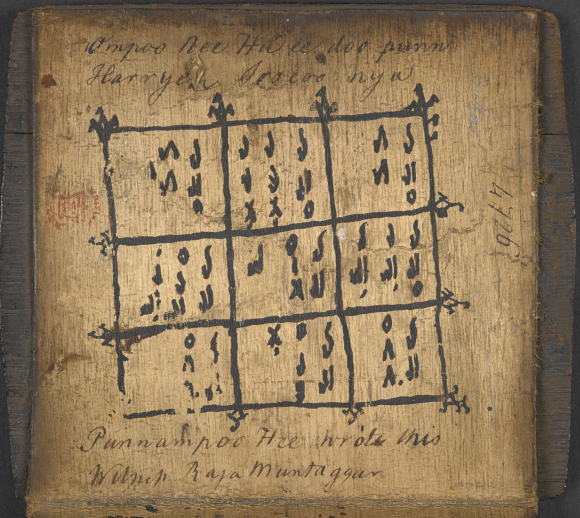 Batak manuscript on the lemon oracle (panampuhi), in Toba Batak script. On the first page is written: Ompoo Nee Ha ee doo pun / Harryen Soocoonya / Punnampoo Hee wrote this / witness Raja Muntaggar, while the Batak text explains that 'this is an instruction from my grandfather ... Haidupan who lived in Poriaha, a man of the clan Haraan'. British Library, Add. 4726, f. a 1. 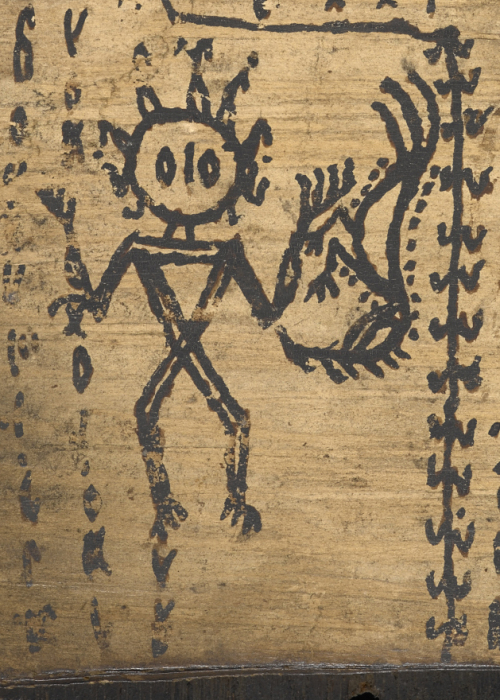 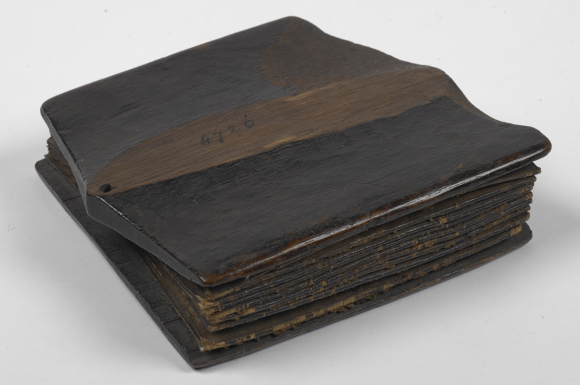 This manuscript contains the text of the lemon oracle (poda ni panampuhi), with instructions on how to tell from the way two sliced ends of a lemon drop into a bowl of water whether or not a prospective sweetheart is suitable, or to fortell the results of war.  The text is written from left to right parallel to the folds of the book, in black ink with a pen made from twigs (tarugi) found in the fibre of the sugar palm (Arenga saccharifera) tree.  The text starts with and is punctuated with decorative section headings called bindu, and includes several drawings in black ink.

The British Library holds 32 Batak manuscripts, including 28 pustaha, all of which are described in a published catalogue (Ricklefs, Voorhoeve & Gallop 2014).  Kozok (2009: 15) estimates that between one and two thousand pustaha are known today, held primarily in Dutch and German collections, as well as in the National Library of Indonesia in Jakarta, including 31 copies of panampuhi, the lemon oracle.

Posted by Annabel Gallop at 4:55 AM