Abdul Samad of Palembang, Malay guide to the writings of al-Ghazālī

Abdul Samad (ca. 1704-1791) from Palembang in south Sumatra (‘Abd al-Ṣamad al-Falimbānī) was  the most prominent and influential Malay religious scholar of the 18th century, who spent most of his life studying, teaching and writing in the Arabian peninsula. From references in his own works we know he was living in Mecca and Taif between 1764 and 1789. According to al-Nafas al-Yamānī by ʿAbd al-Raḥmān b. Sulaymān al-Ahda, in AH 1206 (AD 1791) Abdul Samad arrived in Zabid, Yemen, to teach. This is the last firm date that we have in his biography, and he probably died in the Hijaz without ever returning to Sumatra. Abdul Samad wrote in Malay and Arabic on the Sammaniyya Sufi brotherhood and on jihād or holy war, but his most important contribution is undoubtedly his Malay translations of the great 12th-century theologian, Abū Ḥāmid Muḥammad al-Ghazālī (ca. 1058-1111), who was born in Tus in Khorasan, Iran. Al-Ghazālī earned from his contemporaries the sobriquet Hujjat al-Islam, ‘Proof of Islam’, and is credited for reconciling in his writings both legal and mystical aspects of Islam.

‘Abd al-Ṣamad al-Jāwī al-Falimbānī, ‘Abdul Samad, the Jawi [i.e. Muslim from Southeast Asia], from Palembang’: the name of the author as given in a manuscript of his work Hidāyat al-sālikīn . British Library, Or. 16604, f. 2r (detail)

In 1778 Abdul Samad completed Hidāyat al-sālikīn fī sulūk maslak al-muttaqīn, ‘A guide for travellers on the path of those who fear God’, a Malay adaptation of al-Ghazālī’s Bidāyat al-hidāya, ‘Beginning of guidance’, which deals with a number of subjects pertaining to dogmatics, sharī‘a and other matters in a somewhat mystical way. According to the colophon the work was completed in Mecca on  5 Muharram 1192  (3 February 1778).  This work was extremely popular throughout the Malay world: over 82 manuscripts have been documented from published catalogues alone, held in Leiden, Paris, Jakarta, Palembang, Aceh and Malaysia, including 50 in the National Library of Malaysia. Hidāyat al-sālikīn was one of the first Malay works to be published in the 19th century in Cairo, Mecca, Bombay and Singapore, and it is still in print in Malaysia and Indonesia today. 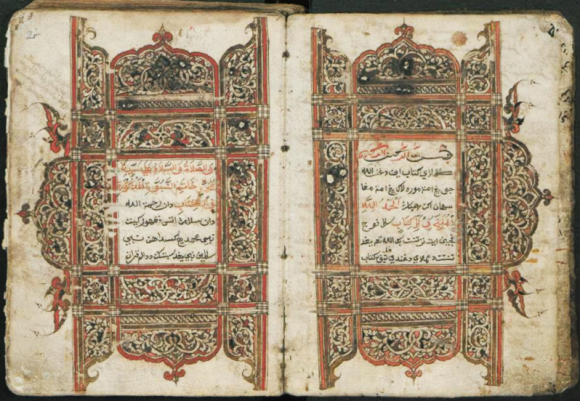 The British Library holds one manuscript of Hidāyat al-sālikīn from Aceh which appears to be the earliest dated copy known (Or. 16604). According to the colophon, the manuscript belonged to Teungku Busangan who had married the daughter of Teungku Abdul Rahman, who was of Ottoman extraction (saudara bani ‘Uthmaniyyah), and it was copied by Teungku Haji Hasyim ibn Abdul Rahman Patani in negeri l.m.s.y.n (Lamsayun in Aceh?), on 4 Rabiulawal 1197 (9 February 1783). The manuscript thus dates from just five years after the composition of the work, at a time when Abdul Samad was still actively writing. Another manuscript – one of ten copies of this text now held in the famous Islamic madrasah at Tanoh Abee in Aceh – is dated just a few months later, as it was copied in Mecca by Lebai Malim from Lam Bait in Aceh on 19 Jumadilakhir 1197 (22 May 1783) (Fathurahman 2010: 196). The presence of two manuscripts of this work copied thousands of miles apart, within five years of the work’s composition, illustrates well the impact of Abdul Samad’s writings within his own lifetime. 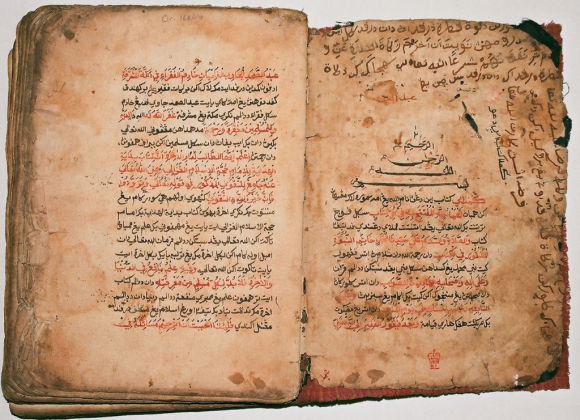 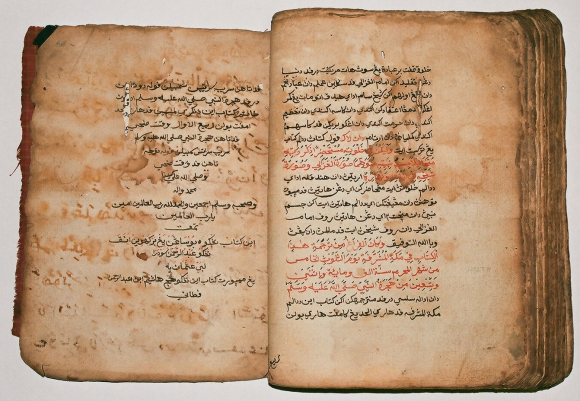 A year after completing Hidāyat al-sālikīn, Abdul Samad started on his final and most ambitious project, a rendering into Malay of an abbreviated version of the most influential of al-Ghazālī's works, Iḥyāʾ ʿulūm al-dīn, ‘The Revival of Religious Sciences’.  The Iḥyāʾ is presented in four sections, each containing ten chapters. 'Acts of worship' (Rub‘ al-‘ibadāt), deals with knowledge and the requirements of faith; 'Norms of daily life' (Rub‘ al-‘adat), concentrates on people and society; 'The ways to perdition' (Rub‘  al-muhlikāt) discusses vices to be overcome, while the final book, 'The Ways to Salvation' (Rub‘  al-munjiyāt), focusses on the virtues to be strived for.

Abdul Samad’s Malay work, entitled Sayr al-sālikīn ilā ‘ibādat rabb al-‘ālamīn, was likewise presented in four parts (bahagi), each comprising ten chapters (bab). The first, Pada menyatakan ilmu usuluddin, on prescriptions for ritual purity, prayer, charity, fasting, pilgrimage, recitation of the Qur’an, and so forth, was started in 1779 and completed in Mecca in 1780. The second, Pada menyatakan adat, on manners related to eating, marriage, earning a living, friendship and other societal matters, was finished in Taif in Ramadan 1195 (August-September 1781). The third book, Pada menyatakan muhlikat yakni yang membinasakan, discusses the destructive impact of vices, and was completed in Mecca on 19  Safar 1197 (24 January 1783). The fourth and final book, Pada menyatakan munjiyat yakni yang melepaskan dari pada yang membinasakan akan agama ini, focusses on virtues which overcome threats to faith, and was completed on 20 Ramadhan 1203 (14 June 1789). Sayr al-sālikīn was also extremely popular throughout Southeast Asia, with over 60 manuscripts known today (often containing just one part), including 14 manuscripts in Dayah Tanoh Abee and 36 in the National Library of Malaysia, with the majority originating from Aceh. 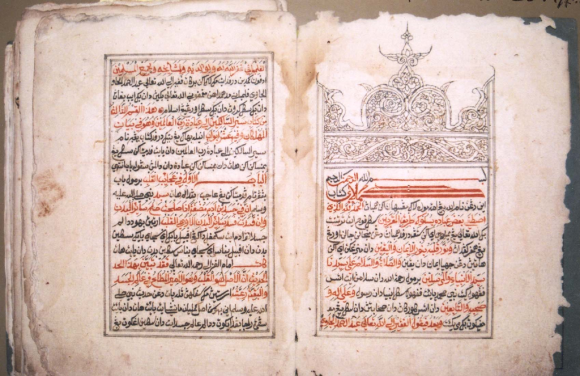 The British Library holds a manuscript which contains only the final two-thirds of the third book of Sayr al-sālikīn , in two stitched bundles of quires, enclosed in a loose leather wrapper (Or. 15646). The text begins in the middle of the third chapter, on crushing the two desires, of the stomach and the genitals (pada menyatakan memecahkan syahwat), with the section on curbing the appetite for food (pasal pada menyatakan bersalah-salahan hukum lapar). The manuscript continues through the chapters on defects of the tongue (kebinasaan lidah), and condemnations (kecelaan) of anger (marah), worldly mores (dunia), love of wealth (orang yang kasih akan arta), ostentation (kasih kemegahan), pride and conceit (kejahilan) and self-delusion (orang yang terpedaya).  According to a note on the leather wrapper, this manuscript was owned by Muhammad Yusuf from Tanoh Abee in Aceh. 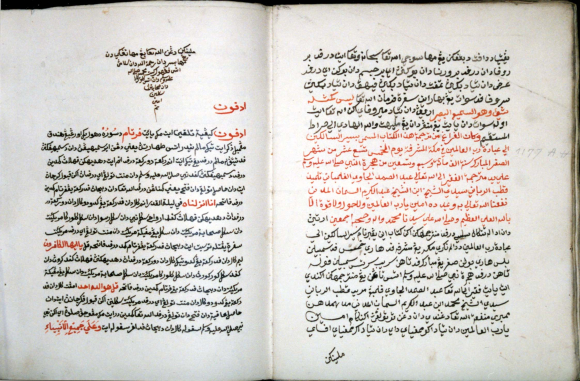 Colophon to the third part of Abdul Samad's Sayr al-sālikīn, composed in Mecca in 1783; this undated manuscript was probably copied in the 19th century in Aceh. British Library, Or. 15646, ff. 136v-137r

Public institutions in the UK hold some of the most important Malay literary and historical manuscripts extant, in line with the interests and preoccupations of their mainly 19th-century British collectors, but these collections are equally characterised by a marked absence of works reflecting Islamic thought and practice in Southeast Asia. It is remarkable that these two manuscripts in the British Library of works by Abdul Samad of Palembang, found in such large numbers throughout Southeast Asia, are the only known copies in British collections. Both have now been fully digitised, and can be read through the hyperlinks or on the British Library's Digitised Manuscripts website.

ghazali.org: a virtual online library on al-Ghazali, including a page in Malay

This blog was updated on 11 February 2017 to incorporate new biographical information from Feener 2015.

Posted by Annabel Gallop at 4:42 PM