The British Library is pleased to announce the next set of talks in the ‘South Asia Series’, from April till the end of June 2017. This is a series of talks based around the British Library's South Asia collection and the ‘Two Centuries of Indian Print’ digitisation project. Speakers from the UK and the US will share the results of their research, followed by discussions facilitated by BL curators and other specialists in the field. The presentations will take place at the Foyle Learning Centre at the British Library, between 5.30-7.00pm.

The first talk, on Monday 24th April, will be by Francis Robinson, Professor of the History of South Asia at Royal Holloway, University of London. The talk entitled ‘Hasrat Mohani’s Diary’ examines the life of the poet, newspaper editor and politician Hasrat Mohani (1878-1951) in the tumultuous period of January 1947 to December 1949. Professor Robinson will use Hasrat Mohani’s diary to look at how the world changes for Muslims in the United Provinces after Independence and Partition, the discrimination they experienced and the attacks on their culture and position by a Hindu-dominated Congress. 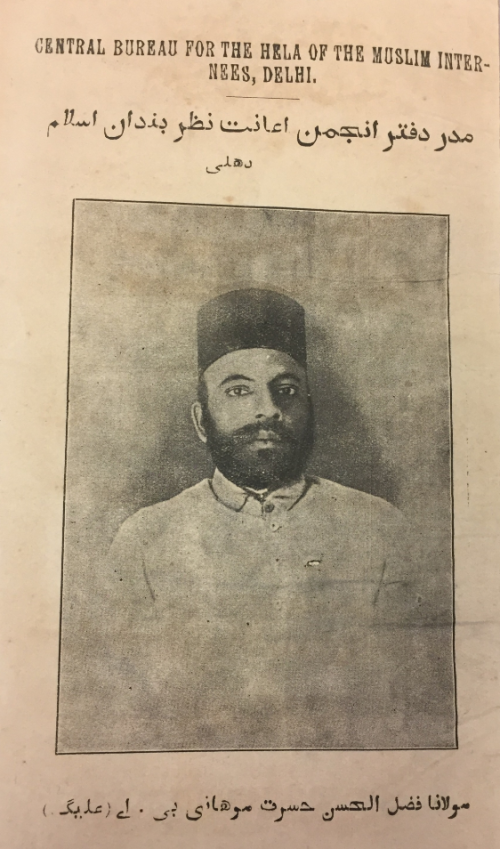 The second talk will be on Monday 8th May, and will be given by Christopher Bahl, a PhD student at SOAS, University of London. His talk entitled ‘Cultural Entrepôts and Histories of Circulation: The Arabic Manuscripts of the Royal Library of Bijapur’ examines the historical circulation of Arabic manuscripts, which linked South Asia with other regions of the Western Indian Ocean world, including Egypt, the Hijaz, Yemen and Iran, during the early modern period. In particular, he will look at the historical development of the Royal Library of Bijapur in the Deccan, today among the India Office Library collections in the British Library, and how its collection of Arabic manuscripts provides crucial insights into the courtly circulation, social use and cultural significance of these texts in a local Indo-Persian environment. 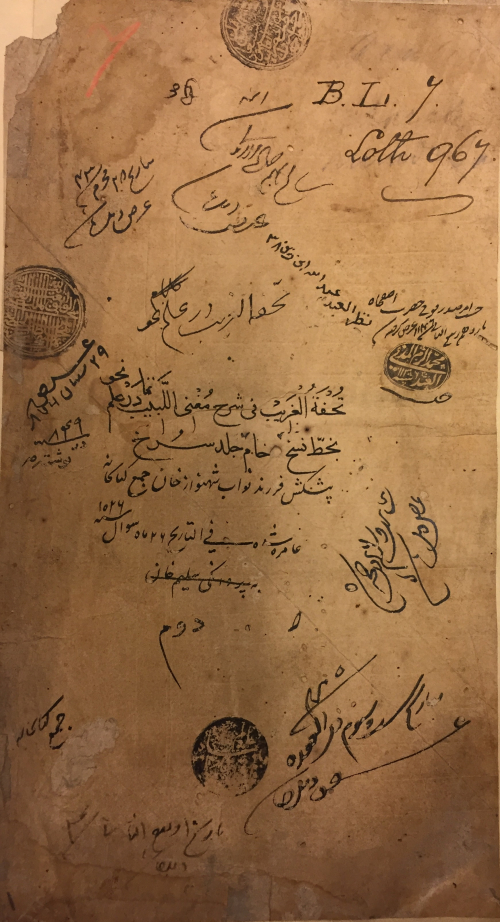 On Monday 22nd May 2017, Kamran Asdar Ali, Professor of Anthropology and Director of the South Asia Institute at the University of Texas, Austin, will talk about the 1951 Rawalpindi Conspiracy Case, in which the Pakistan Government brought charges of sedition and of plotting a military coup against certain leaders of its own military and against members of the Central Committee of the Communist Party of Pakistan (CPP). The talk titled ‘Of Communists and Conspiracy: The Rawalpindi Case in Pakistan’ will discuss the conspiracy in detail to show the relationship between the Pakistani state and how it perceived the communist threat in the early years of Pakistan’s existence. In particular, Prof. Kamran Asdar Ali will demonstrate how external influences on the  leadership of the Communist Party of Pakistan may have left it in an ideological conundrum, and thus perhaps susceptible to engagement in a dialogue with the military on a potential coup-d’état. 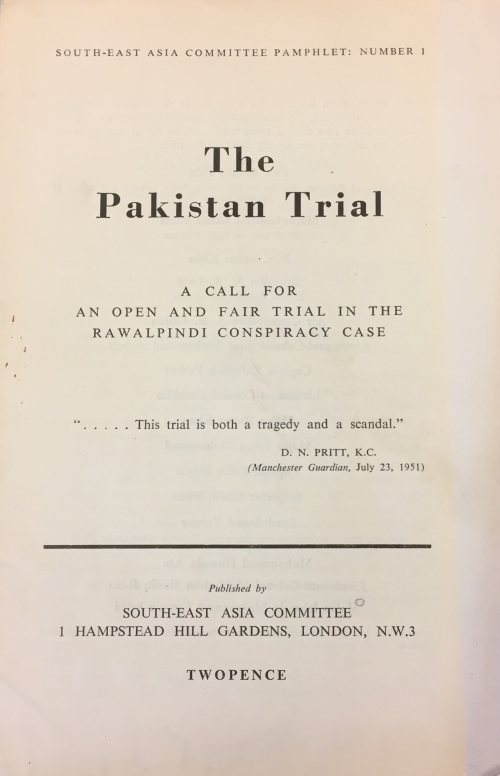 The fourth talk, which will be on Monday 5th June 2017, will be by Radha Kapuria, PhD student at King’s College London. Her talk ‘Musicians and Dancers in 19th Century Punjab: A Brief Social History’ excavates the material conditions of the lives of musicians and dancers, and analyses social perceptions around them, in the region of Punjab, during the long nineteenth century. She begins with the Lahore darbar of Maharaja Ranjit Singh and then moves on to the discourses by colonial scholar-administrators like Richard Carnac Temple, Anne Wilson, and others, in the mid-19th century. Furthermore, Radha Kapuria will offer a unique perspective by discussing relatively obscure authors writing about musicians and courtesans in the qissa genre, especially popular during this century. 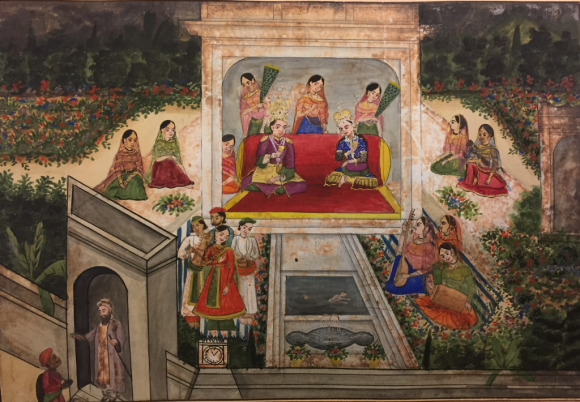 An illustrated miniature of a courtly mehfil of musicians, from the ‘Guru Nānak Parkāsh’, 1891. British Library, Or. 13079

On Monday 12th June 2017, Simon Leese, PhD student at SOAS, London will discuss the Arabic poems of Shah Waliullah (d. 1176/1762), the Delhi intellectual best known for his formative contribution to Muslim revivalist thought in the 18th and 19th centuries. Simon in his talk titled ‘Visions of the Arabic Hejaz: Memory and the Poetics of Devotion in 18th and 19th century North India’ will demonstrate how Arabic was not only the language of scripture, but a site of memory and nostalgia. Alongside major works of exegesis, theology, and Sufism, Waliullah had composed a small body of sometimes highly innovative Arabic poems in which he drew on the language of Arabic poetic love to articulate his own devotion to the Prophet. The talk will examine some of Waliullah’s poems, their fascinating afterlife in manuscript and print, and what they reveal about the culture of the Arabic spoken and written word in South Asia. Please do come along, listen and participate. No advance booking is required, and the sessions are free for all to attend. For further information, please contact:

Posted by Annabel Gallop at 8:52 PM