Malay and Indonesian manuscripts exhibited in 1960

Until 1972 the British Library formed part of the British Museum. Its exhibition cases were located in the great King’s Library wing, built in 1827 to house the royal collection of over 60,000 books formed by King George III (1760–1820) and given to the nation in 1823 by his son King George IV. From July to August 1960, the King’s Library hosted ‘Books from the East: an exhibition of Oriental Manuscripts and Printed Books’ which aimed ‘to show something of the richness and variety of oriental literature’ through ‘books and manuscripts which stand out from the rest on account of their beauty, rarity, early date or unusual form’. 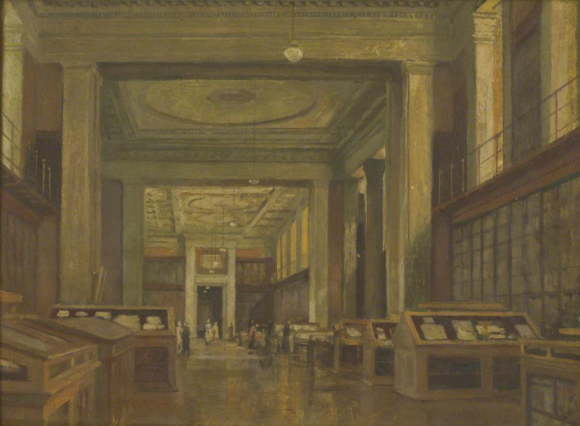 Interior of the King's Library, British Museum, by Frederick Hawkesworth S. Shepherd (1877–1948). The display cases visible continued to be used for books and manuscripts until the 1990s, when the British Library moved to St. Pancras.

“In the centre are two Malay manuscripts: a Proclamation of 1811 by Sir Stamford Raffles written in the Malayan Arabic script, called Jawi, which is slowly being replaced by the modern romanised script; and the other – a seventeenth century translation of the Psalms of David – is in an early romanised script used by Dutch missionaries in the Netherlands East Indies. (Or.9484; Sloane 3115.) Two Javanese illuminated manuscripts are shown – A History of Kingdom of Mataram in East Java, which reached the peak of its power in the late sixteenth and early seventeenth centuries (Add.12,287); and a Pawukon or Treatise on Judicial Astrology with coloured figure drawings illustrating the text (Add.12,338). The very large Buginese book is an example of the interesting Court Diaries that were kept by the Bugis in the Celebes from at least the seventeenth century. (Add.12,354.) Two Batak bark books with wooden covers, from Sumatra, are also shown (Add.19381 and Or.11761) together with a wooden tubular section cut from a length of large bamboo, and inscribed with the Batak alphabet (Or.5309). Both of the books are manuals of divination and magic.”

This display from 1960 has been reassembled here in photographic form below, with hyperlinks to digitised versions and relevant blog posts. 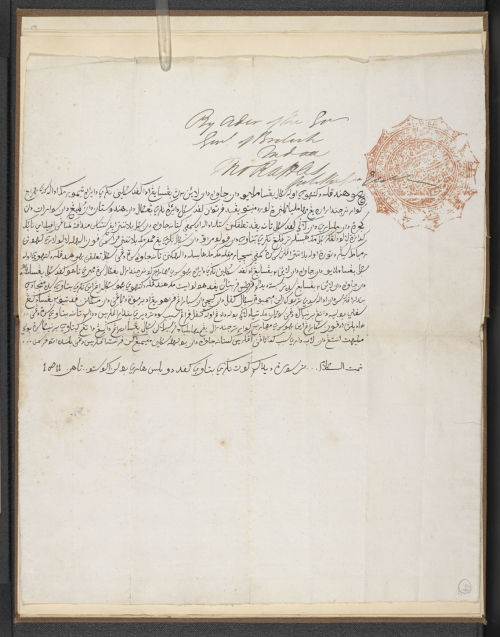 Proclamation of the capture of Batavia by the British, 11 August 1811, in Malay in Jawi script. British Library, Or 9484 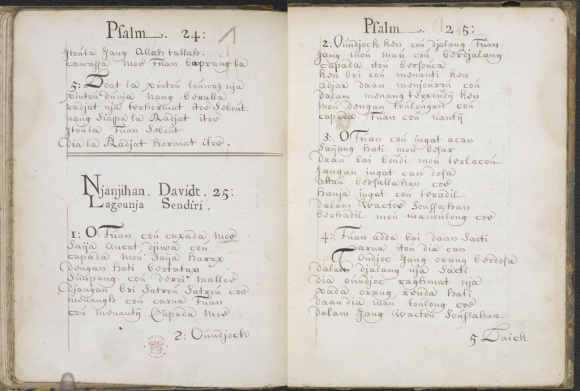 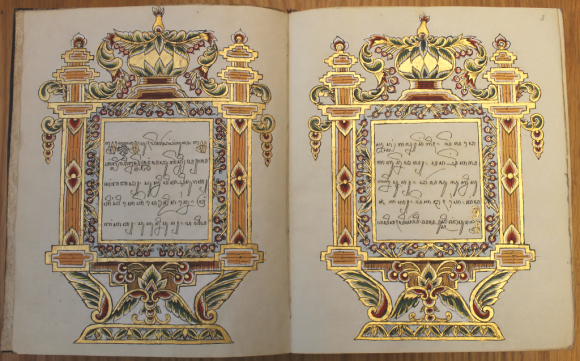 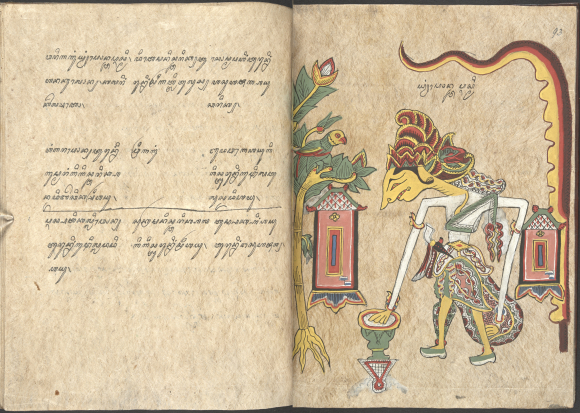 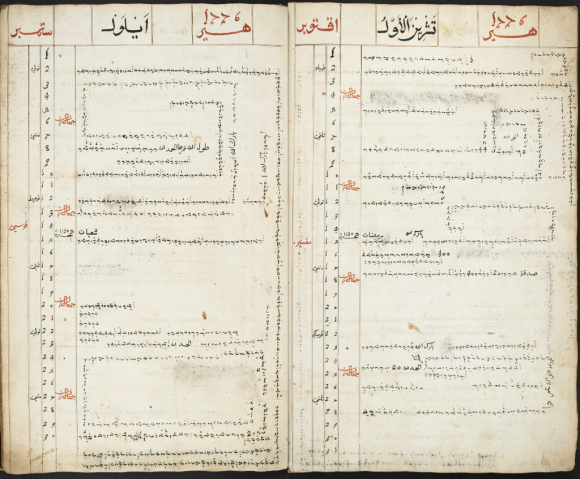 Pustaha in Mandailing-Batak from north Sumatra, containing esoteric texts on divination and protection, showing on the right pictures of a labyrinth and the seal of Solomon, early 19th c. British Library, Add. 19381 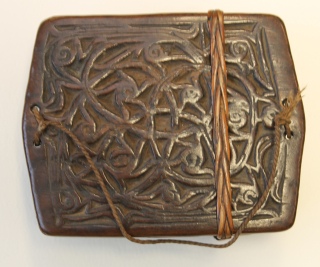 In subsequent years the King's Library witnessed more exhibitions of maritime Southeast Asian material, including Early Malay Printing 1603-1900, held from 20 January to 4 June 1989, and Paper and Gold: illuminated manuscripts from the Indonesian archipelago, held from 11 July to 27 October 1990. But 'Books from the East' appears to have been the first occasion on which Malay and Indonesian manuscripts were included in a thematic temporary exhibition in the British Museum.

Posted by Annabel Gallop at 1:24 AM