A unique Judaeo-Urdu manuscript, Or.13287

Postscript, 15 March 2018: This manuscript has now been digitised and is on line here. The images below have been updated with hyperlinks.

The British Library’s sole Judaeo-Urdu manuscript is a copy in Hebrew script of the well-known Urdu theatrical work, the Indar Sabha, written by Agha Sayyid Hasan ‘Amanat,’ a poet at the court of Vajid Ali Shah of Awadh. 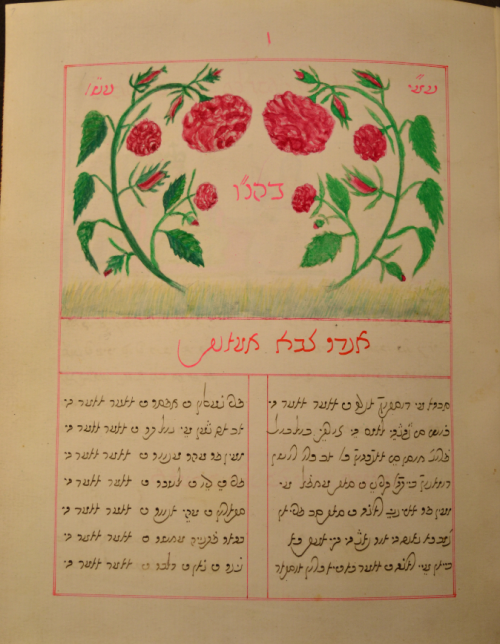 Our manuscript bears a colophon dating its creation to 1887, perhaps by a member of the Baghdadi Jewish community of India. Originating in the Arabic-speaking regions of the Ottoman Empire, the Baghdadi Jewish community settled in India from the late 18th into the 19thcentury and was primarily centred in two major urban centres of India, Calcutta and Bombay. A printing industry in Judaeo-Arabic grew in both locations to cater to the religious needs of the community as well as its appetite for news and entertainment, producing devotional treatises, gazettes, and also the occasional historical novel, murder mystery and romance (Musleah, On the Banks of the Ganga, p. 522-531). The British Library’s collections are a rich resource for these publications and for the history of the Baghdadi Jewish community in India, and our Hebrew curator has previously written about a Judaeo-Arabic serial issued in Bombay for our blog. 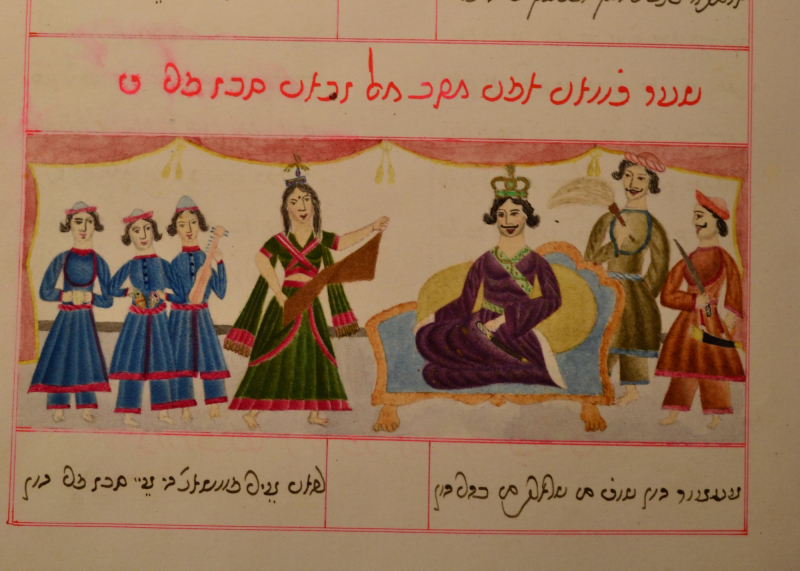 As for the contents of the manuscript, while many elements of the play itself are reminiscent of fabulous Urdu dastaans or legends, such as the Sihr al-Bayan by Mir Hasan (1727-86), the plot itself is relatively simple, avoiding the complex story-within-a-story structure of its predecessors. The play opens with a sensuous depiction of the court of the king of the gods, Indar, populated by fairies bearing the names of jewels (Emerald, Topaz, Sapphire and Ruby). 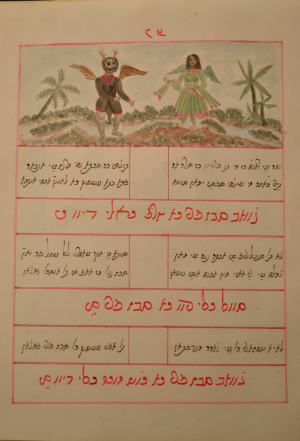 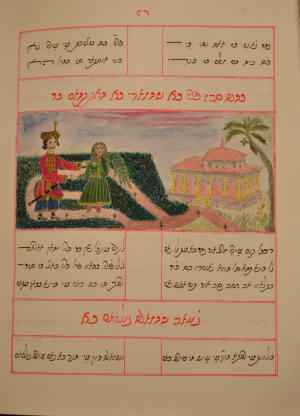 As with many dastaans, a story of forbidden love ensues when the Emerald fairy (Sabz Pari) falls in love with a mortal prince, Gulfam, and conspires with the help of the Black Demon (Kala Dev), to sneak her beloved into Indar’s heavenly court. When this transgression is discovered, the Emerald fairy’s wings are clipped, and she is ejected from the paradise of Indar’s court and falls to earth, while her lover is imprisoned in a well (Hansen, ‘Indar Sabha Phenomenon,’ p. 83). 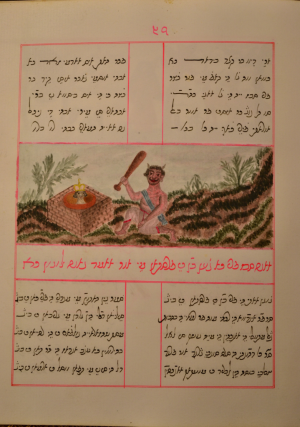 Left (f. 22r): the Sabz Pari, having been shorn of her wings; right (f. 26r): Gulfam is punished in a well for his transgression of entering the heavenly court of Indar (Or.13287)

In addition to the echoes of Urdu dastaans, the multi-coloured fairies bring to mind the Haft Paykar of Nizami, in particular, the images of the main character’s fantastical adventures , and the Hasht Bihisht of Amir Khusraw, of which an example can be viewed online, while the unlucky prince hidden in a well as a result of his trangressive love is reminiscent of the story of Bizhan and Manizheh from the Shahnamah, creating a further layer of intertextuality and adaptation of visual motifs from the Persian epics from which the Urdu poetry of the 19th century clearly drew much of its inspiration. However, the story takes a more Indic turn when the Emerald fairy, ejected from heaven, wanders as a yogini or female ascetic, playing music that tells of her love and charms her way back into Indar’s court, wins his favour and secures her lover’s release. 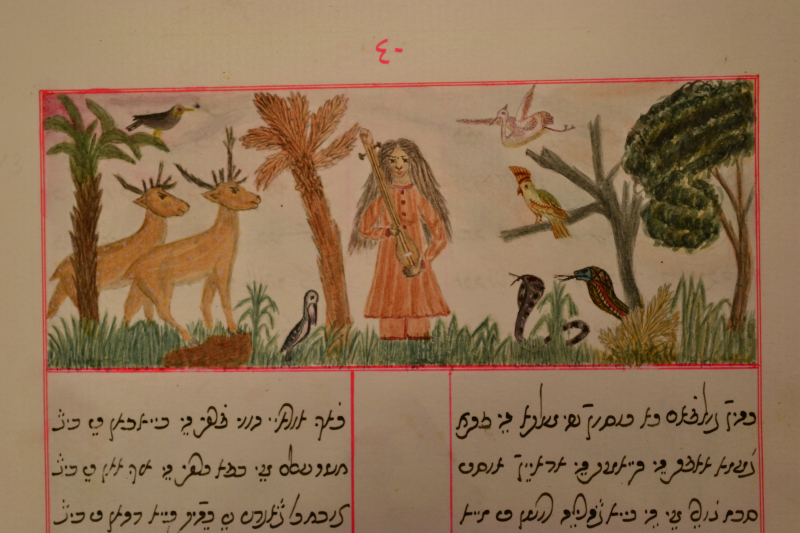 The Sabz Pari wanders on earth as a female ascetic or yogini, charming the wild animals with her beautiful music (Or.13287, f. 26v)

Fortunately, due to the generosity of the Hebrew Manuscripts project, this unique Judaeo-Urdu manuscript will be digitised and made freely available online, which we hope will encourage further research into the language, cultural context, and history of this fascinating manuscript.

Bibliography and Further Reading
Kathryn Hansen, ‘The Indar Sabha Phenomenon: Public Theatre and Consumption in India (1853-1956)’ in Pleasure and the Nation: The History, Politics and Consumption of Public Culture in India, edited by Rachel Dwyer and Christopher Pinney (Oxford, 2001): 76-114.
Rabbi Ezekiel Musleah, On the Banks of the Ganga: The Sojourn of the Jews in Calcutta (North Quincy, Massachusetts: Christopher Publishing House, 1975).
Aaron D. Rubin, A Unique Hebrew Glossary from India: An Analysis of Judaeo-Urdu (Piscataway, NJ: Gorgias Press, 2016).