Photographic Portraits of Tribal Leaders of the Trucial Coast c. 1939

In 1939, the Trucial Coast States – the present day United Arab Emirates – were part of Britain’s Informal Empire in the Persian Gulf. Britain had effectively controlled this region since the early 19th century after it destroyed the fleet of its primary naval power, the Qawasim tribal confederation, and then concluded a series of treaties with its rulers. Although these agreements were in some ways beneficial to the ruling Shaikhs that signed them, they were often enforced by a mixture of coercion and intimidation. If a ruler was perceived to not be sufficiently cooperative or subservient, the British authorities had few qualms with ordering a bombardment of his fort or engineering the appointment of a replacement deemed more appropriate. As Britain's most senior official in the region remarked in 1929, the Royal Navy was "an efficacious and prompt weapon to deal with any recalcitrance." 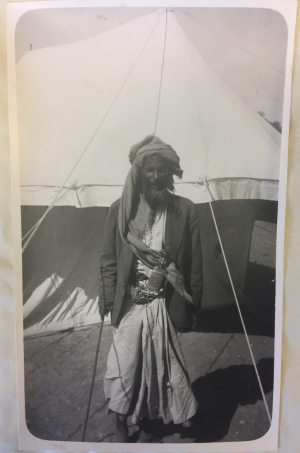 However, on the eve of the Second World War, this long-standing arrangement was beginning to become unsettled. Colonial officials started to worry whether the combination of Britain’s treaties with the region’s rulers and the threat of the Royal Navy was enough to ensure that its status as the hegemonic power in the region would last. As such, they began to debate between themselves how Britain’s policy in the area – including the Trucial Coast specifically – should proceed and how its dominance could be maintained. Many files that discuss this issue in detail are held in the India Office Records (IOR) at the British Library. 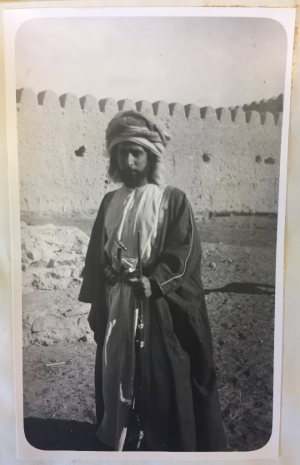 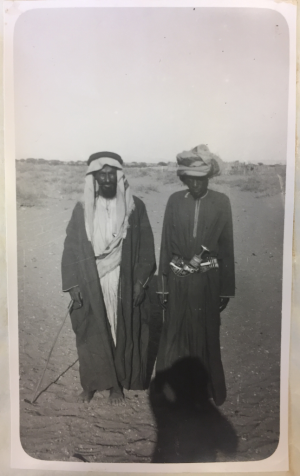 One such file from 1939 (IOR/L/PS/12/3747) contains a series of photographic portraits of a number of tribal leaders from this period. Unfortunately, no context or details of the photographs are given in the file; regardless they offer a fascinating glimpse into the appearance and dress of the region’s inhabitants at this time and reveal the extent to which these have both changed to the present day. Each photograph gives the subject’s name and in some cases their position and/or tribal affiliation. It is interesting to note that most of the subjects are not from the most prominent ruling families of the region (who remain in power today), but rather from slightly less well-known branches and locations, including places that now form part of Oman. The final photograph in the series includes an image of slaves that were part of a Shaikh’s retinue, lamentably a widespread phenomenon in the region at the time. 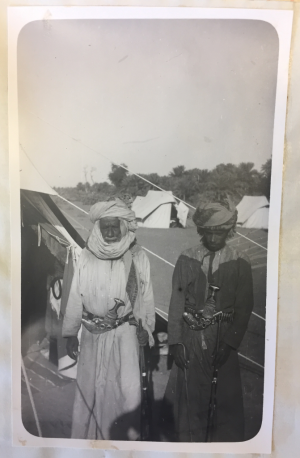 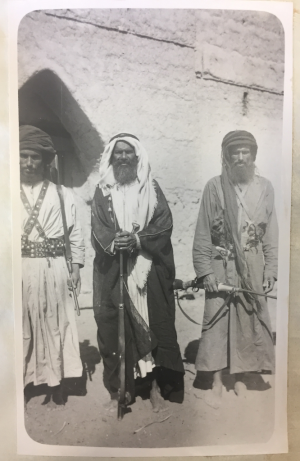 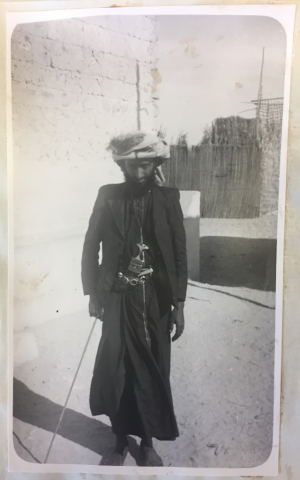 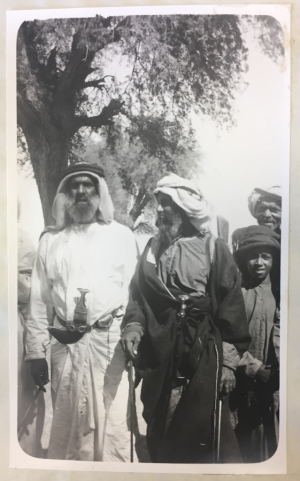 This file is in the process of being digitized by the British Library Qatar Foundation Partnership and these photos, as well as the rest of the file’s contents regarding British policy in the region, will appear online in high resolution on the Qatar Digital Library later this year. 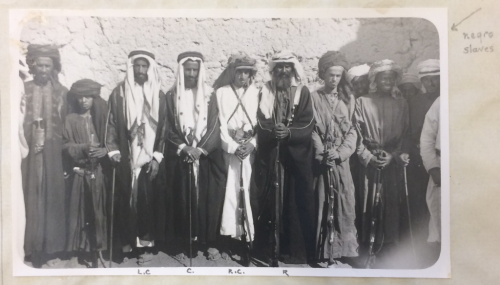 Posted by Ursula Sims-Williams at 7:39 PM