A Hindu munshi’s ‘Chain of Yogis’: a Persian manuscript in the Mackenzie Collection

Reading about the recently opened exhibition ‘Collector Extraordinaire, Mackenzie Collection exhibition’ at Lews Castle, Stornoway, in the Isle of Lewis, Outer Hebrides - see our recent post Colin Mackenzie, collector extraordinaire -, I was reminded that there was a small but significant number of Arabic and Persian manuscripts in Colin Mackenzie’s collection which is often overlooked. In this post I will feature one which is especially interesting, the Silsilah-i jogiyān (‘Chain of Yogis’) which played an important role in Western understanding of Indian religious groups. 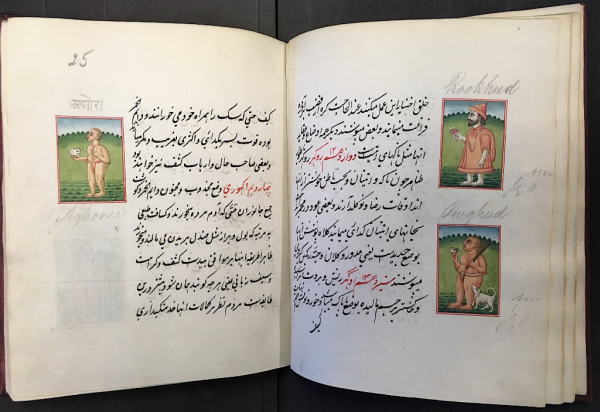 At the time of his death Mackenzie had been hoping to complete a catalogue of his manuscripts and books but this task was left to Horace Hayman Wilson to complete in 1828. Wilson gives details of 10 Arabic and 87 Persian mss (Wilson, vol. 2, pp. 117-144) which he rather dismissively described as (vol 1 p.lii) “of little consideration, but some of them are of local value”. In fact we have 94 Persian items in our collections at the British Library. These are mostly historical works, biographies, collections of letters in addition to a few volumes of poetry, tales, and philosophical and religious works. 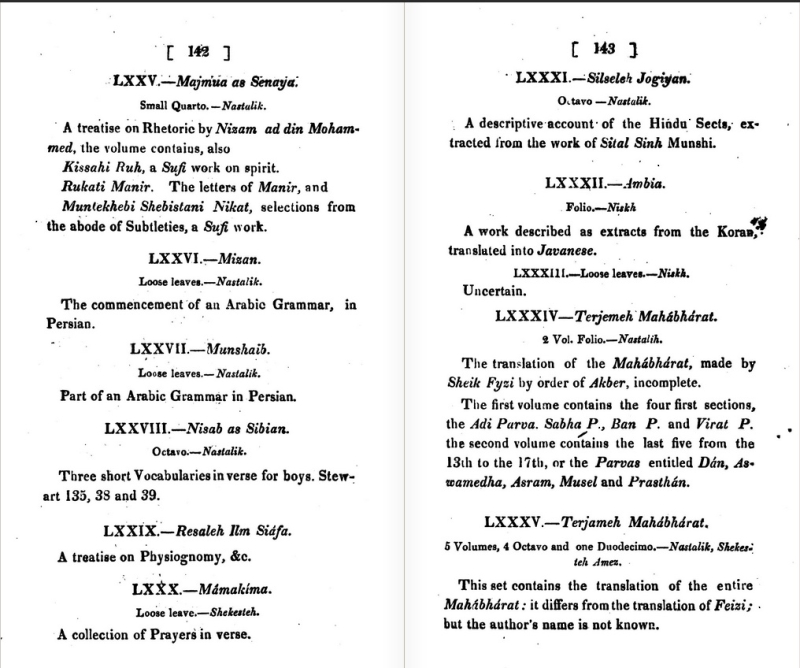 In 1828, in what was the first major work in English on the religions of India, Wilson published the first of two articles “A sketch of the religious sects of the Hindus”. The second, a continuation with the same title, was printed in 1832. Wilson’s account was based on two Persian works, both written by Hindu authors, one of which was Silsilah-i jogiyān (‘Chain of Yogis’) by Sītal Singh, Munshi to the Raja of Benares (Wilson, 1828, p.6). This was no 81 in Wilson's catalogue, now numbered IO Islamic 3087.

Sītal Singh (see Carl Ernst’s chapter on him, below) had been commissioned to write an account of the different religious groups in Benares in 1800 by a British magistrate John Deane. Also titled Fuqarā-yi Hind, it includes descriptions of 48 different types of ascetic groups divided into 5 chapters on Vaishnavas, Shaivas, Shaktas, Sikhs and Jains. The descriptions are followed by a short philosophical defence of the Vedanta and an early census of the different religious and professional groups to be found in Benares. In addition to this work, Sītal Singh wrote several other philosophical works and poetry under the name Bīkhwud.

IO Islamic 3087 includes 48 miniature portraits painted in the margins next to the relevant descriptions. Unlike the typically more sophisticated company paintings which occur in similar works, these are comparatively simplistic in style. Although the manuscript is not dated, the paper is watermarked J. Whatman 1816 so it must have been copied after that but before Mackenzie's death in 1821. Several of the paintings are dated between 13th and 27th January, but without any year. Perhaps these were the dates when the paintings were added in the margins.

The sects are arranged as below: 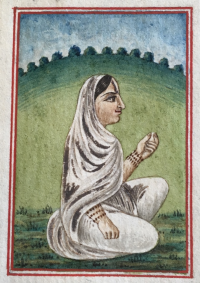 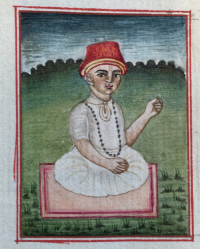 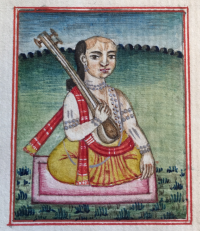 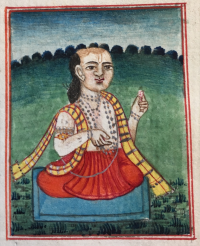 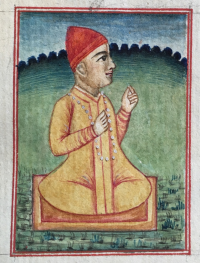 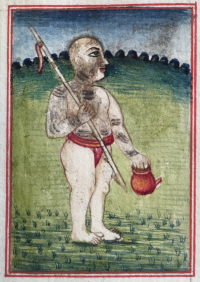 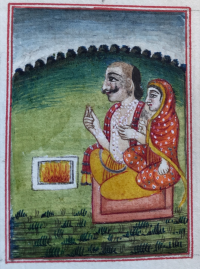 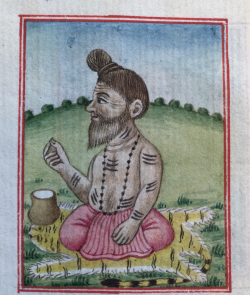 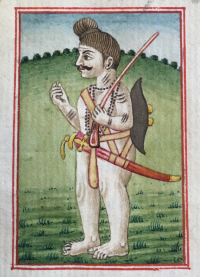 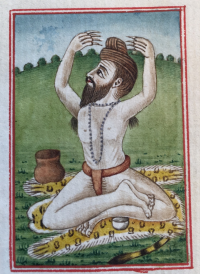 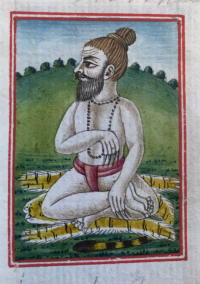 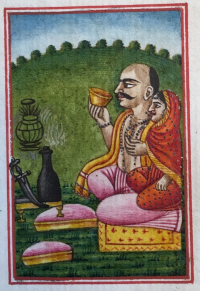 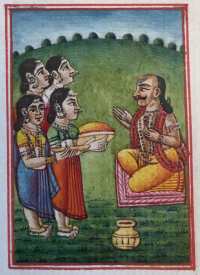 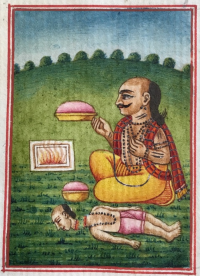 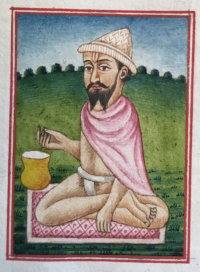 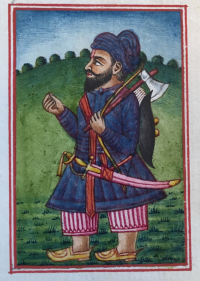 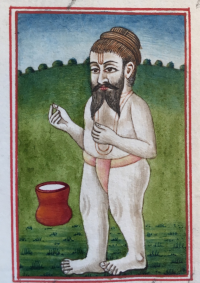 The two kinds of Sravakas (Jains) 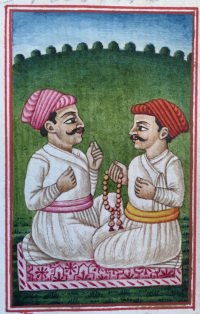 Posted by Ursula Sims-Williams at 1:35 AM