Our followers will be pleased to learn that the second phase of the Hebrew Manuscripts Digitisation Project (HMDP2) started last year, and we are delighted to announce that we have now published 173 newly catalogued and digitised manuscripts online. This phase of the project is part of the International Digital Library of Hebrew Manuscripts (Ktiv), an initiative of the National Library of Israel in cooperation with the Friedberg Jewish Manuscript Society. Ktiv is a project to make tens of thousands of Hebrew manuscripts from hundreds of collections around the world available via a single platform. To date, the project has made available approximately 50% of all known Hebrew manuscripts in the world!

As part of HMDP2, we aim to digitise at least 1250 Hebrew manuscripts, in addition to the 1302 already digitised through phase 1 of the project, which was funded by The Polonsky Foundation. Manuscripts from both phases will be made available online via the British Library’s Digitised Manuscripts website and NLI’s Ktiv: International Digital Library of Hebrew Manuscripts. Festival prayer book according to the Roman rite, from the first half of the 15th century, Italy. This manuscript can be viewed in its entirety here (BL Or 10752 f. 58v)

Continuing our digitisation work from phase 1 of the project, the range of manuscripts included in Phase 2 is vast and representative of the huge geographical and cultural scope of Jewish life and history around the world. It includes collection items from Ashkenazi, Sephardi and Karaite traditions, and from as far afield as Yemen and India, and manuscripts also created in the UK. 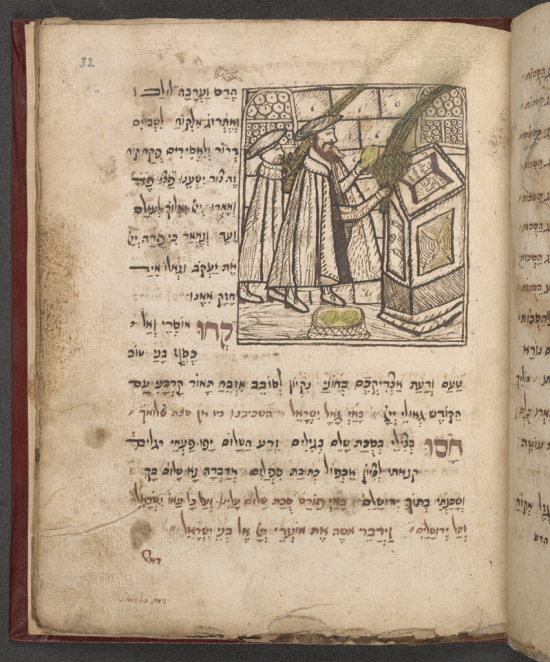 Festival prayer book according to the Western-Ashkenazi rite, from 1650-1, Worms. This manuscript is yet to be published (BL Or 10641 f. 32r)

Their age, size and material show great variety as well. The oldest items that are being digitised in Phase 2 are some small papyri fragments from 4th-century Oxyrhynchus, Egypt (Or 9180a-e). They were discovered by the Egyptologist Sir Flinders Petrie in 1922. 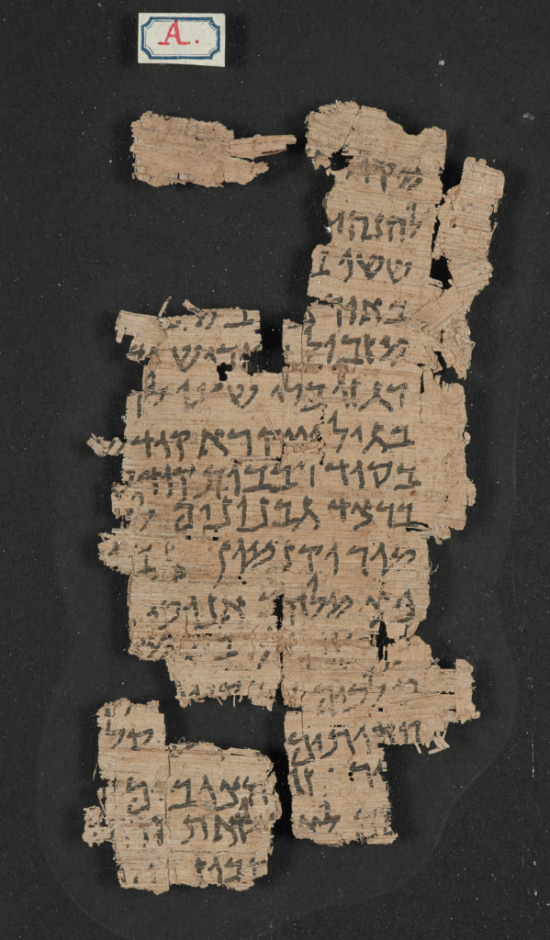 A close up of BL Or 9180 fragment ‘A’, from c.4th century, Oxyrhynchus. This manuscript is yet to be published 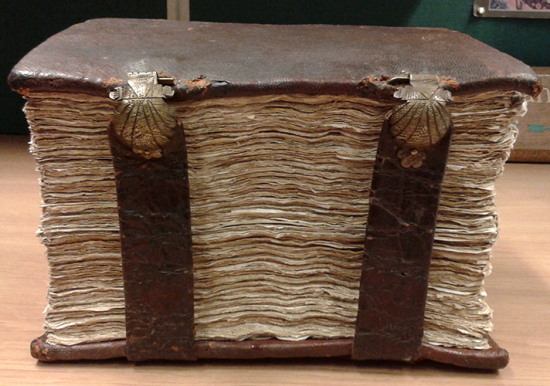 Kabbalistico-midrashic commentaries on the books of the Hebrew Bible, 1721-1758, Italy. This huge Kabbalistic work by Moses David Valle contains 1032 folios! This manuscript is yet to be published (BL Add MS 27165)

The manuscripts in HMDP2 also represent the wide range of languages and dialects that developed in Jewish communities in the diaspora. These include Aramaic, Judeo-Arabic, Ladino, Yiddish, and Judeo-Italian. And if it was not enough, we are also digitising our significant Judeo-Persian manuscripts such as the 18th-century collection of poetical works (Or 10196) and the illustrated Fath nama, a poetical account of the story of Joshua (Or 13704, see our recent blog A Judeo-Persian epic, the Fath Nama 'Book of Conquest'). We also have manuscripts written in Hungarian (Or 10134), Syriac (Or 9926), Judeo-Urdu (see our post A unique Judaeo-Urdu manuscript, Or.13287), Judeo-Hindi (Or 14014) and Judeo-Gujarati (Or 13835). 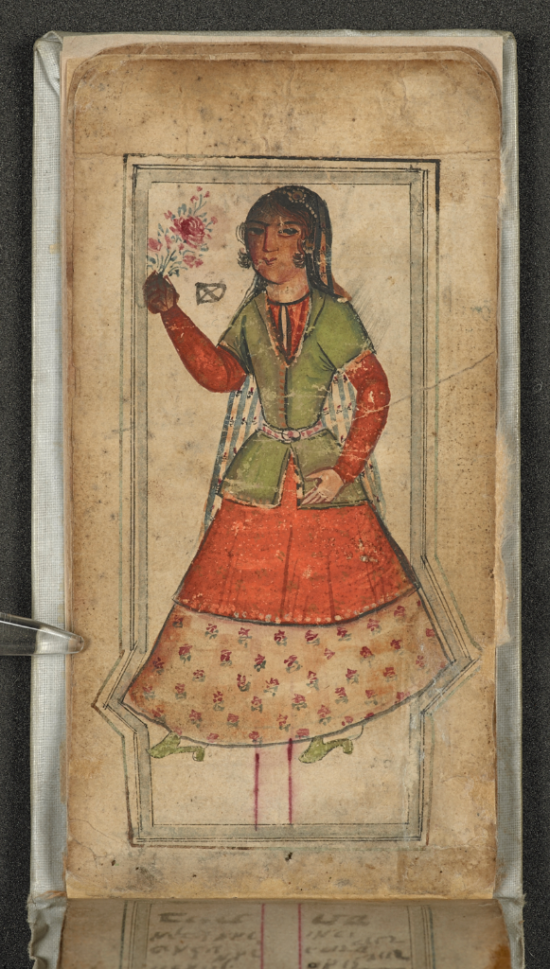 The majority of the manuscripts we are digitising in Phase 2 derive from the British Library’s Gaster collection of Hebrew and Samaritan manuscripts. The famed Romanian Jewish bibliophile, linguist, folklorist and communal leader Dr Moses Gaster (1856–1939), built up a vast library in his areas of expertise including Hebraica, Judaica, Samaritan, Rumanian and various other fields of scholarship. The largest segment of manuscripts from Gaster’s library (c. 1000 manuscripts) was purchased by the British Museum in 1924, but the objects were not accessioned until several years later. The Gaster manuscripts span nearly a millennium with the earliest examples dating from c. 10th-11th century. The full gamut of Jewish subjects is represented in the collection which includes among others, biblical, liturgical and legal texts, kabbalistic, polemical and scientific works.

Among Gaster’s many interests was the Samaritan community, and he became an authority on Samaritan language and literature. The Samaritans are an ethno-religious group living in Israel and the West Bank. Their religion ‘Samaritanism’, is closely related to Judaism, and based on the Samaritan Pentateuch. The Samaritan alphabet is a direct descendent of the Paleo-Hebrew alphabet, which was a variant of the Phoenician alphabet. 88 of our 178 Samaritan manuscripts come from Gaster’s collection. The manuscripts we will be digitising during Phase 2 include Samaritan Pentateuchs (codices and scrolls), liturgies for different festivals, amulets, chronicles and historical works, calendars and marriage contracts. 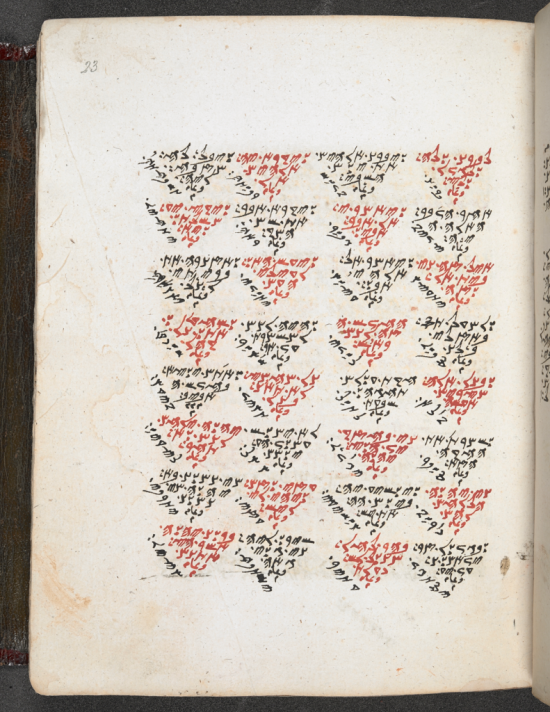 Samaritan liturgy for Passover from 1748, Nablus. This manuscript can be viewed it its entirety here (BL Add MS 19005 f.23r)

For a list of all Hebrew and Samaritan manuscripts that we have digitised to date as part of Phase 2, please follow this link (Phase 2 Digitised Manuscripts). We are also live-tweeting everything we publish, so please follow us on Twitter @BL_HebrewMSS to see all the manuscripts as they are available online.

Posted by Ursula Sims-Williams at 4:10 PM