Tales of the Malay World

If you are in Singapore – or anywhere near – grab the opportunity to visit the exhibition Tales of the Malay World, at the National Library of Singapore, before it ends on 25 February 2018. The biggest international exhibition of Malay manuscripts ever held, the display of over a hundred Malay manuscripts and early printed books includes 16 manuscripts from the British Library, as well as 17 loans from the Royal Asiatic Society and 18 from Leiden University Library, which are being shown alongside treasures from the National Library of Singapore’s own collections.

This was not the only time that Malay books from the British Library have been exhibited in Southeast Asia. The first occasion was in Malaysia in 1990, when 22 early Malay printed books were loaned to the exhibition Early Printing in Malay (Pameran Percetakan Awal dalam Bahasa Melayu) held at Dewan Bahasa dan Pustaka, Kuala Lumpur, from 4-9 June 1990. The following year, 25 manuscript letters and books in Malay, Javanese, Balinese, Bugis and Batak travelled to Indonesia for the exhibition Golden Letters: Writing Traditions of Indonesia (Surat Emas: Budaya Tulis di Indonesia), held at the National Library of Indonesia in Jakarta and at the Palace (Kraton) of Yogyakarta in September 1991. In October 1995 five Malay manuscripts were loaned to the International Exhibition of Malay Manuscripts (Pameran Manuskrip Melayu Antarabangsa) at the National Library of Malaysia in Kuala Lumpur, including the beautifully illuminated Taj al-Salatin and the Hikayat Pelanduk Jenaka currently on display in Singapore. But apart from the two latter books, for the 14 other Malay manuscripts from the British Library featured in Tales of the Malay World, it is the first time that they have travelled back to the ‘lands below the winds’ since sailing westwards in the 19th century.

As suggested by the title, the exhibition celebrates the rich seam of Malay literature, and in the judicious hands of curator Tan Huism, deftly draws out some interesting threads. Accorded its own showcase at the very start of the exhibition is the British Library manuscript of the Hikayat Muhammad Hanafiah. This work occupies a seminal position in the Malay literary imagination, as it is cited in the Sejarah Melayu as the story for which the warriors of Melaka clamoured to be recited to give them strength and courage, the night before the fateful final attack by the Portuguese in 1511. 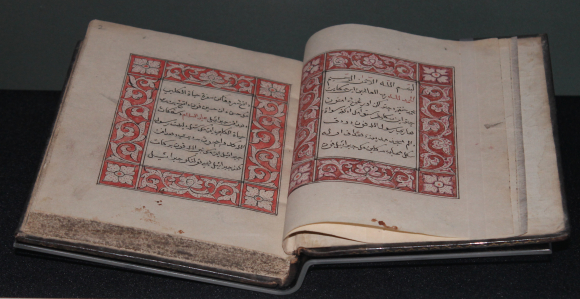 Hikayat Muhammad Hanafiah, on display in the exhibition 'Tales of the Malay World'. British Library, MSS Malay B.6, ff. 3v-4r

The exhibition includes many other Malay literary treasures from the British Library, including a tale of the Javanese culture-hero Prince Panji (Hikayat Carang Kulina) and the cycle of tales told by the wise parrot to detain his mistress from keeping her rendezvous with her lover (Hikayat Bayan Budiman). Yet some British Library manuscripts inevitably paled in comparison with other exhibits - our nicely-written copy of Sejarah Melayu, copied in Melaka in 1873, could not hope to attract as much attention as the Royal Asiatic Society's iconic manuscript Raffles Malay 18 of the same work, which though only copied in Java around 1814 preserves the text of the oldest known version of the work dated 1612.  Our copy of the Hikayat Hang Tuah, dating from ca. 1810, which I believe has particular value in that it is said to be copied from a manuscript belonging to the Sultan of Kedah, is much less well-known than the oldest known manuscript of the work, dated 1758, which had travelled from Leiden (Cod.Or.1762).

In some cases the exhibition enabled the material aspects of manuscripts to come to the fore. The British Library manuscript of episodes from the Mahabharata, Hikayat Perang Pandawa Jaya, copied by Muhammad Kasim in 1804 probably in Penang or Kedah, has attractive double decorated frames. However, arguably a much more important and rarer feature of this manuscript is its original binding (carefully conserved before travelling to Singapore), comprising a printed Indian cotton outer cover over an inner plaited palm lining, which was placed on display next to the book itself. 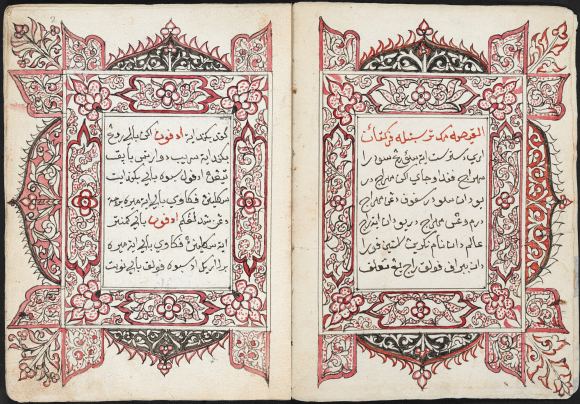 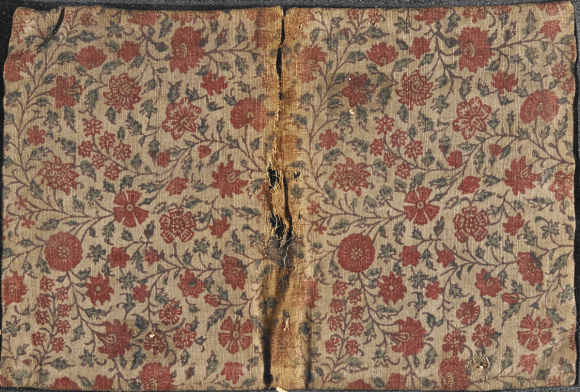 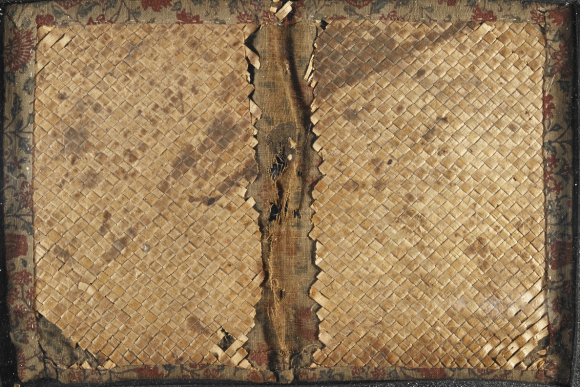 Hikayat Perang Pandawa Jaya, inner lining made of plaited palm, to which the cloth cover has been stitched (photograph taken before conservation). British Library, MSS Malay B.12, inner palm cover

As well as the manuscripts and early printed books on display, clips of old Malay films based on literary classics such as Tun Fatimah (1962) and Hang Jebat (1961) were shown during the exhibition, attracting a lot of nostalgic interest. There was also a programme of talks, and workshops on reading Jawi script. The atmospheric installation - expertly overseen by project manager Alvin Koh - with its attractive graphic panels and jewel-coloured walls, greatly enhanced the evocative beauty of the exhibits.

Following the opening of the exhibition, on 18 August 2018 I gave a talk at the National Library of Singapore on 'Art and Artists in Malay manuscript books', excerpts of which can be watched here:

Posted by Annabel Gallop at 2:47 AM