February 6th marks the opening of a new display, “African Scribes: Manuscript Culture of Ethiopia,” in the British Library’s Sir John Ritblat Treasures Gallery. It will be the first exhibit to be held at the Library devoted entirely to Ethiopian manuscripts, exploring the culture of a manuscript tradition which extends back to the early centuries of the Christian era.

The Ethiopian collections in the British Library include over 500 manuscripts most of which are written in Ge'ez and were acquired from the mid-eighteenth century onwards. The collection is especially strong in illuminated manuscripts of the 16th and 17th centuries and also contains, in addition to biblical texts, an important collection of Ethiopian magical and divinatory scrolls. On display is a selection of twelve exhibits chosen to demonstrate the arts of painting and calligraphy besides serving as an introduction to Ethiopian literary traditions. 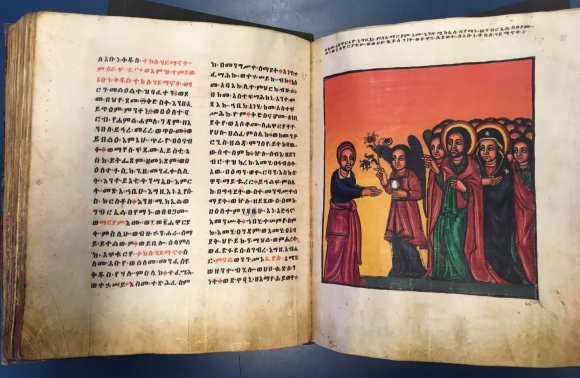 Highlights of the display are: 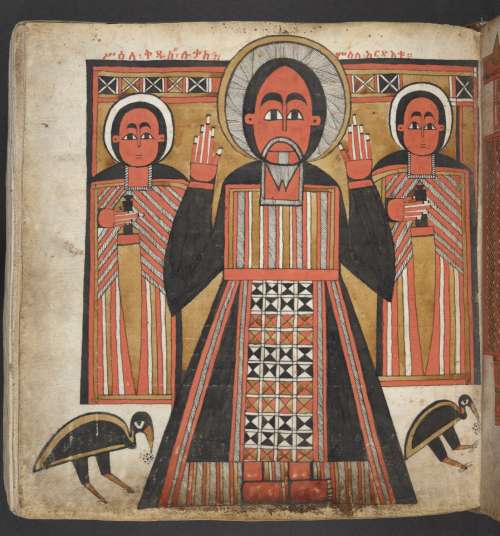 The four Gospels are the central religious scriptures of the Ethiopian Orthodox Church which traces its history to the first century AD, when an Ethiopian court official on pilgrimage to Jerusalem was met on his way back by St. Philip who baptised him (Acts of the Apostles 8:26-40).

The Octateuch, the Four Gospels and other ecclesiastical works 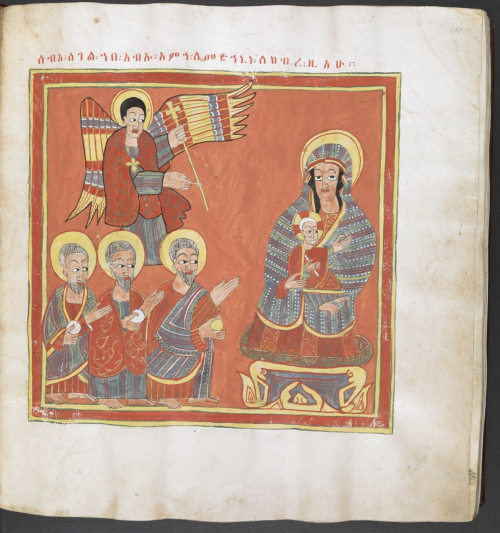 Written on parchment in Ge'ez during the second half of the 17th century, this manuscript consists of the first eight books of the Old Testament (Genesis-Ruth), the Gospels and other ecclesiastical works. It is decorated with coloured borders and contains many illustrations. This volume also contains copies of many 14th century deeds of gift and grants of various kings. 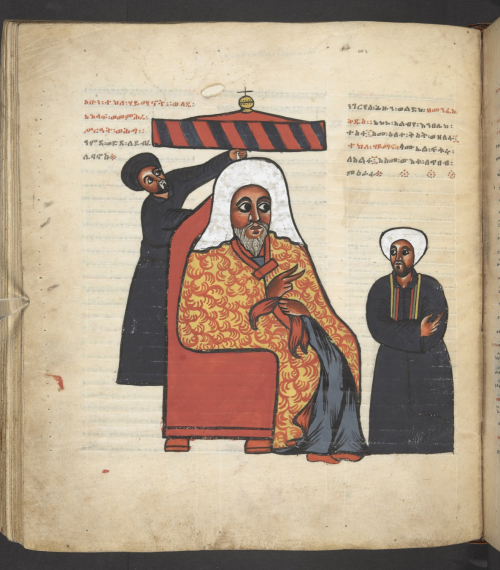 A portrait of the 13th century St. Takla Haymanot, founder of the monastery of Debra Libanos and one of the most revered saints of the Ethiopian Orthodox Church. The priests are depicted in distinguishable turbans, colourful robes and holding crosses and multi-coloured umbrellas (BL Or. 584, f.154v)

The Deggwa is the liturgical collection of hymns and chants used in the Ethiopian Church. The hymns are arranged according to the calendar and divided by the seasons of the liturgical year. The book also provides the orders of service for various feasts of saints, martyrs, angels, Sundays and festivals such as Antiphonary for the Fast of Lent. The composition of hymns in the Deggwa is attributed to St. Yared of Aksum (505-571 AD).

The Revelation of St. John 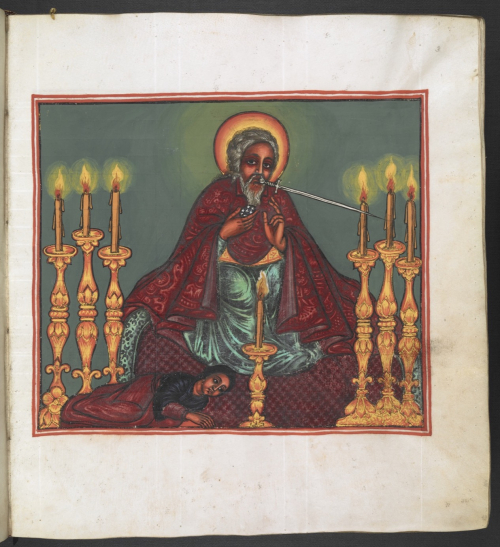 The Revelation of St. John of Ephesus is the last book in the New Testament, traditionally called Abuqalamisis in Ethiopian. This copy was composed at the beginning of the eighteenth century for King ʻlyasu I (r. 1682–1706) and Queen Walatta Giyorgis. This volume is an exceptional example of Ethiopian art containing 126 paintings. This painting was inspired by a series of woodcuts depicting the Apocalypse by the 16th-century German artist Albrecht Dürer.

Carry case for a Psalter 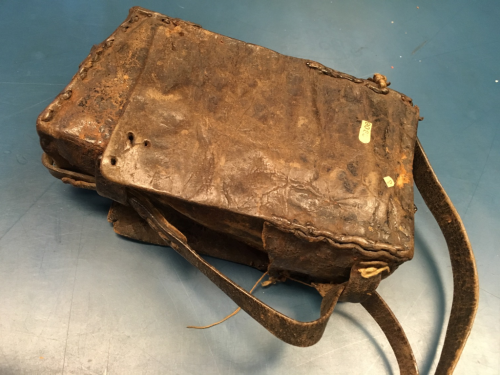 The Psalter is one of the most frequently copied texts. Used as a daily prayer-book in religious ceremonies, it needed to be portable. This example is preserved with its traditional carry case.

Copper gilt cover of the Life and Acts of St. Takla Haymanot 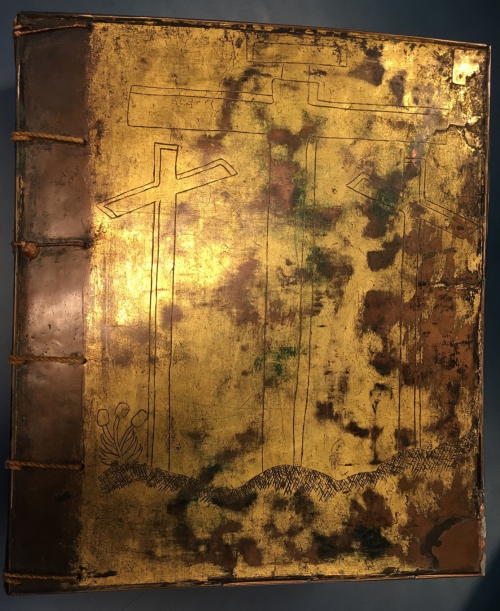 Front cover of the Life and Acts of St. Takla Haymanot, one of the most revered saints of the Ethiopian Orthodox Church. 18th century (BL Or. 728)

This manuscript was copied during the reign of king ‘Iyasu II (r. 1730-55) and, like the majority of Ethiopian manuscripts in the British Library, has retained its original binding. This is the only known example, however, of a copper gilt cover, comprising carvings of figures and of the cross.

Digital Ethiopian
Our Ethiopian manuscripts are being digitised as we write as part of Heritage made Digital. This is one of the Library’s five main focuses for the coming years and for the first time, the British Library has allocated a part of its government grant towards digitisation. During the next two years we aim to digitise some 250 manuscripts from the Ethiopian collection. The first 25 manuscripts are already available online. We’ll be writing more about Ethiopian manuscripts as they go live so follow us on Twitter @BLAsia_Africa and watch this space to keep in touch!