For the past century, studies of the languages, literatures, history, culture and writing traditions of the Malay world of maritime Southeast Asia – comprising present-day Indonesia, Malaysia, Singapore and Brunei, and the southern parts of Thailand, Cambodia, Vietnam and the Philippines – have been fundamentally shaped by the collections of manuscripts held in European institutions, primarily those in the UK and the Netherlands, and those formed under colonial auspices, such as the National Library of Indonesia.  These collections themselves reflect the interests of their collectors, who were mainly European scholars and government officials from the early 19th century onwards, whose interests were focused on literary, historical and legal compositions in vernacular languages such as Malay and Javanese.  Relatively little attention was paid to works on Islam written in Arabic, or in Malay and Arabic, and hence such manuscripts are very poorly represented in institutions such as the British Library.

Map of the holy sites of Mecca, probably acquired in the Hijaz and brought back to Sumatra by a returning pilgrim, in the Mangku Suka Rame collection, Kerinci, Jambi. British Library EAP117/11/1, digitised in 2007 by Uli Kozok.

In 2004 the Endangered Archives Programme (EAP), funded by Arcadia, was established at the British Library, for the preservation of cultural material in danger of destruction. The hundreds of manuscript collections worldwide which have been documented and digitised include 16 relating to Islamic Southeast Asia, located in areas ranging from Aceh to the Moluccas, and from Sri Lanka to Cambodia.  Even the most cursory survey reveals that the profile of manuscripts still held ‘in the field’, in private and mosque collections, differs radically from those held in Western libraries, primarily through the very high proportion of Islamic texts, which probably account for around 95% of the manuscripts digitised. 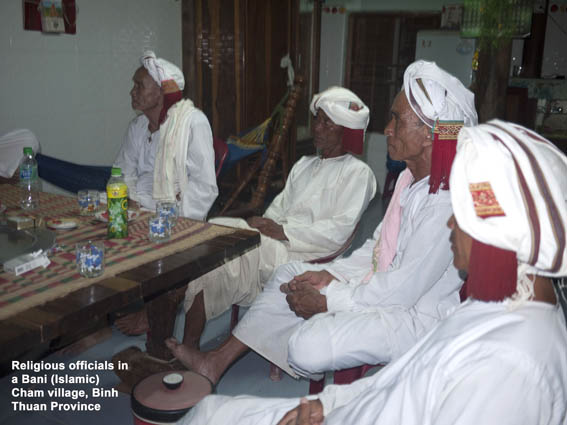 The British Library and the School of Oriental and African Studies (SOAS) are now pleased to invite applications for a three year PhD Studentship, tenable at SOAS available from 24 September 2018, funded through the Arts and Humanities Research Council (AHRC) under its Collaborative Doctoral Programme. The doctoral program Shifting Landscapes: Mapping the intellectual writing traditions of Islamic Southeast Asia aims to investigate these digitised collections of manuscripts from Islamic Southeast Asia, to trace how our understanding of the landscape and ecology of the intellectual writing traditions of the region needs to be radically redrawn in the light of these newly-accessible primary source materials. The successful candidate will therefore undertake a thesis that centres on analysing collections of manuscripts written in Arabic script from Southeast Asia that have been digitised through the EAP, with reference to other collections as necessary. The thesis will be jointly supervised by Dr Mulaika Hijjas of the School of Languages, Cultures and Linguistics at SOAS and by Dr Annabel Teh Gallop, head of the Southeast Asia section at the British Library. 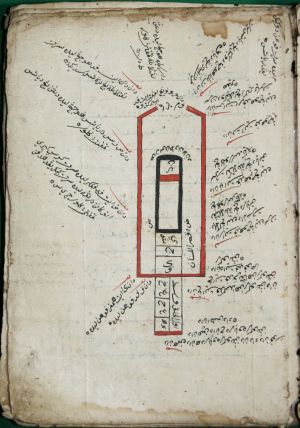 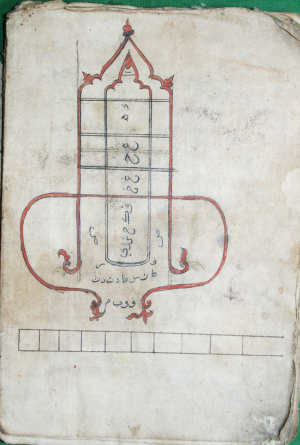 Two manuscripts from West Sumatra on the recitation of the Qur'an (tajwīd), with charts of makhārij al-ḥurūf, ‘the places of emission of the letters’, showing the physiognomic points of articulation of the phonemes of Arabic in relation to the lips, mouth, tongue and throat. On the left, MS from the Surau Baru Bintungan Tinggi collection, EAP144/1/7, and on the right, MS from the Surau-surau Malalo, EAP144/5/21, digitised in 2007 by Zuriati.

As noted above, the majority of the manuscripts digitised are Islamic in content, with about half written in Arabic, and the others in Malay and Javanese. Texts include copies of the Qur’an and commentaries (tafsīr), ḥadīth collections of prophetic traditions, works on fiqh (observance of Islamic law) and on Sufism, prayers, sermons and Arabic grammars. In comparison, the historic British Library collection of approximately 250 manuscripts from Southeast Asia in Arabic script, written in Malay, Javanese and Bugis, consists of predominantly literary, historical and legal texts, with only about 30 theological works including only a few in Arabic. 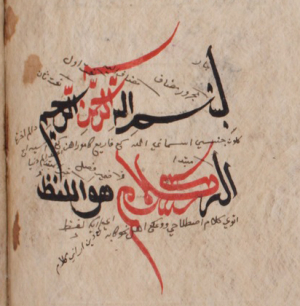 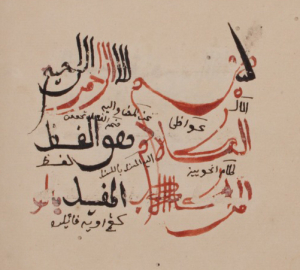 Detail of the calligraphic opening lines of copies of the Arabic grammar al-Ajurumiyya from two East Javanese Islamic boarding schools, on the left from Pondok Pesantren Tarbiyya al-Talabah, Keranji, British Library EAP061/1/4, and on the right from Pondok Pesantren Langitan, Widang, Tuban, British Library EAP061/2/15, digitised in 2006 by Amiq Ahyad.

The successful applicant will be encouraged to take advantage of the unique research opportunities afforded by the EAP collections.  This may include investigating not individual texts, as has usually been the case with dissertations on Malay manuscripts, but groups of texts, whether demarcated by genre, place, social milieu, or material features such as binding, illumination or palaeography and calligraphy.  The study may also investigate the EAP collections as sets of texts—libraries, or remnants of libraries—from known geographical and social locations. That both the EAP collections and the Malay manuscript holdings of the British Library are digitised opens up a variety of digital humanities approaches.

Applicants should have, or be about to complete, a Master’s degree in a relevant discipline, and must have knowledge of Malay/Indonesian and/or Arabic, and ideally proficiency in reading Arabic script. Applicants are also required to meet the UK Research Councils’ standard UK residency criteria (please refer to p.17 of the RCUK website for further details). For details on how to apply, see here.

For an example of a study of a manuscript digitised through EAP, see:
Mulaika Hijjas, Marks of many hands: annotation in the Malay manuscript tradition and a Sufi compendium from West Sumatra.  Indonesia and the Malay World, July 2017, 45  (132), pp. 226-249.

Posted by Annabel Gallop at 1:27 AM