Some of our best-known Mughal manuscripts in the British Library’s Persian collection have already been digitised. These include the imperial Akbarnāmah (Or.12988 ), Akbar’s copy of Nizami’s Khamsah (Or.12208), and the Vāqiʻāt-i Bāburī, ‘Memoirs of Babur’, (Or.3714), to mention just a few. However far more works remain undigitised and many are comparatively little-known. Over the coming months we’ll be publicising some of these in the hope that people will become more familiar with them. 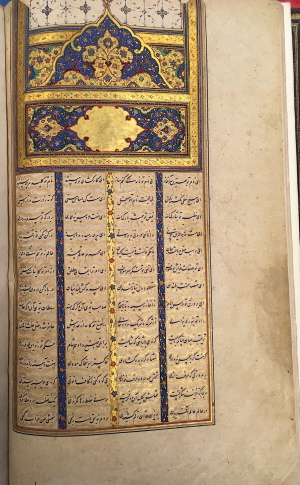 Today’s choice is a copy of Nizami’s Laylā Majnūn, IO Islamic 384, one of the five narrative poems forming his Khamsah, ‘Quintet’. Consisting of approximately 4,600 lines of verse and completed in 584/1188, it tells of the fateful romance between Layla and Qays who, driven to madness (majnūn), took refuge in the desert with wild creatures as his only friends. When Layla eventually died of a broken heart, Majnun rushed to her grave and instantly died himself. Interpreted on several levels, the story of Layla and Majnun is one of the most popular Persian romances with versions by many of the best-known authors. Nizami’s poem was itself frequently copied and illustrated, especially in Mughal India. 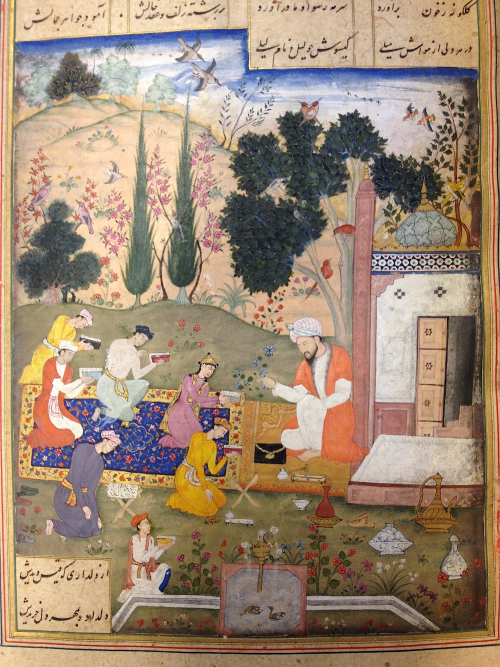 This particular manuscript, IO Islamic 384, is dated Rabiʻ al-avval 965 (Dec 1557/Jan 1558) and was copied by Muhammad Baqir [ibn] Mulla Mir ʻAli, the son and pupil of the famous calligrapher Mir ʻAli Haravi who worked in Herat and Bukhara. Muhammad Baqir migrated to India and was already, in Akbar’s reign, described as a noted calligrapher by Abu’l-Fazl (A’īn-i Akbarī, tr. Blochmann, p. 109). In India he worked for the courtier and patron ʻAbd al-Rahim Khan Khanan (Soucek, p. 169 citing Nihavandi’s Ma’āsir-i Raḥīmī). As can be seen from the image above, the manuscript begins with a fine illuminated heading. Additional illumination includes vertical bands separating the four columns of text, and chapter headings in red, set in rectangular panels of flowers on a gold ground. The five paintings were added some fifty years later. While none is attributed to any artist, Soucek has suggested that they are in the style of Mushfiq who is known to have worked at ʻAbd al-Rahim’s court. 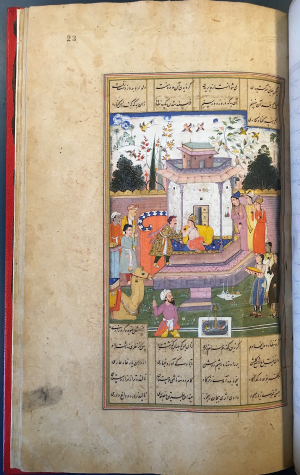 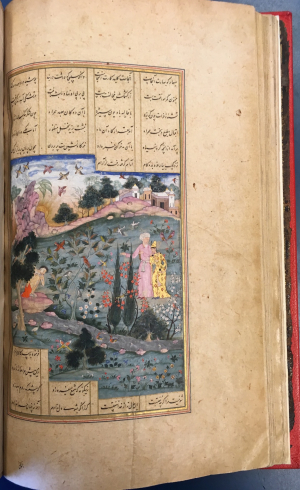 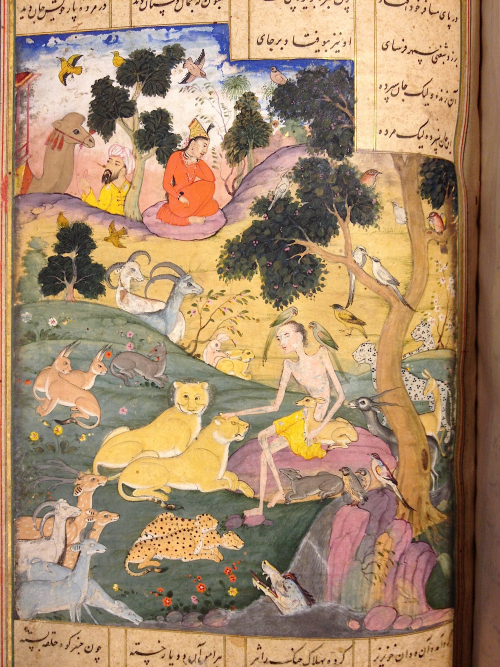 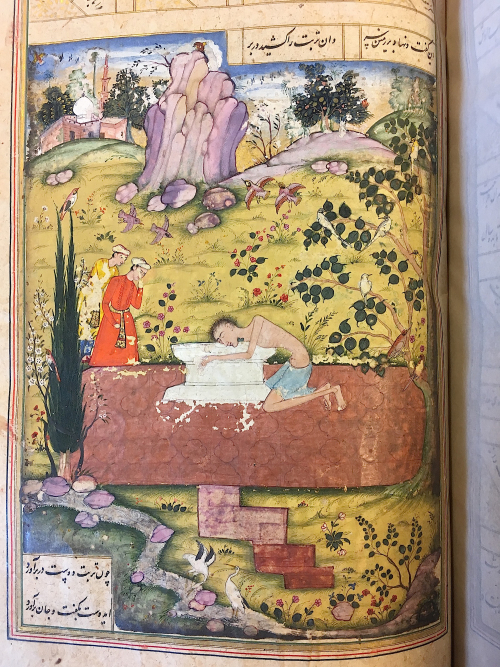 Our copy was purchased by the East India Company from Richard Johnson who acquired it in Lucknow, probably between 1780 and 1782 while he was Assistant to the Resident, Nathaniel Middleton (for more on Johnson and his collection see our earlier post ‘White Mughal’ Richard Johnson and Mir Qamar al-Din Minnat). Before that it had belonged, according to a Persian inscription on f. 1r, to one Faqir ʻAbd al-Hakim who had bought it for 22 rupees at the beginning of Ramazan in the first regnal year of an unspecified ruler.

Posted by Ursula Sims-Williams at 11:07 PM