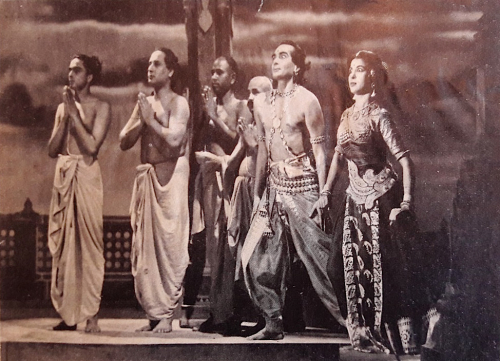 On 4th June, Prof. Urmimala Sarkar from the School of Arts and Aesthetics, Jawaharlal Nehru University (New Delhi) begins the series with a talk entitled Amala Shankar: Documenting a Dance Legacy which discusses the place of Amala Shankar within dance history as a dancer, choreographer and teacher, particularly in the context of her illustrious husband the dance maestro Uday Shankar and the Sitarist Pandit Ravi Shankar. Focussing on the Uday Shankar India Culture Centre this talk will bring out Amala Shankar’s contribution to dance pedagogy as part of Uday Shankar’s dance making process. 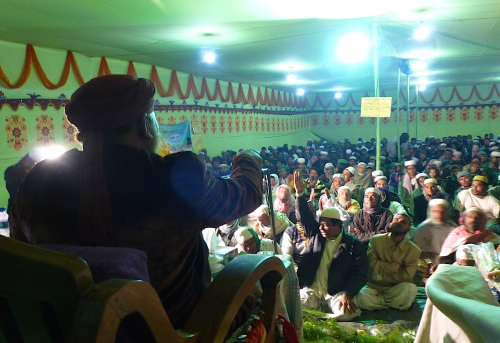 Glimpse of a Sermon Gathering in Bangladesh, 2014 (Photo: Max Stille)

On 18th June 2018, Max Stille, a researcher at the Center for the History of Emotions at the Max Planck Institute for Human Development in Berlin, will present some aspects of his research on contemporary sermon gatherings in Bangladesh. In his talk Poetics of Popular Preaching: Islamic Sermons in Contemporary Bangladesh, he will focus on the issues of language employed in the sermons and how listeners identify themselves with inner-narrative heroes. This talk will also explore the musical competencies of the preachers in dramatic narrations to find out how they serve to change emotional and political meanings subtly yet effectively. 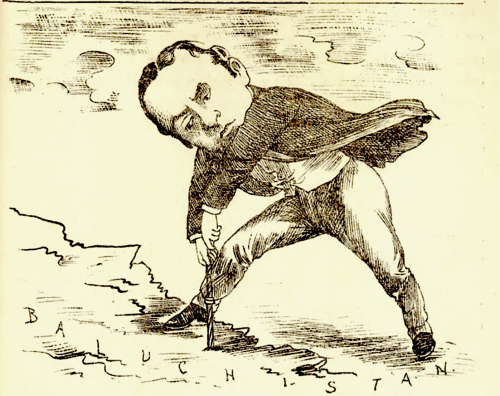 On 9th July, Aniket De, a doctoral candidate in history at Harvard University, will discuss how political economic shifts, nationalist ideologies and itineraries such as pilgrimages shaped popular notions of boundaries in South Asia in an age of empire and nationalism (c. 1880-1950). Boundaries of Belonging: Territorial Demands in Colonial India will analyse the vast corpus of petitions sent by people from all corners of India to the colonial state during Lord Curzon's Partition of Bengal (1905), voicing opinions on how provincial borders in India should be delineated.

On Tuesday 17th July,  Anish Vanaik, Associate Professor of History at the Jindal Global Law School will speak on the history of Delhi’s housing question in his talk Lineages of the Housing Question in Colonial Delhi, 1920-1940s. The shift of the Imperial capital to Delhi in 1911 led to a rapid rise in the value of house property and rent. These escalations led in turn to calls for the provision of housing through mechanisms that curbed the excesses of the market. This talk tracks the more variegated 'lineages’ of the housing question in caste struggles, Gandhian ideals, rent control, state employment and sanitation discourse. 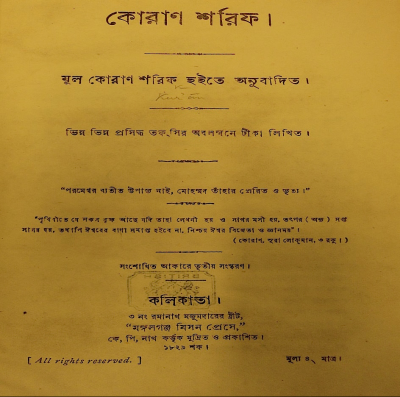 On July 30th July, Epsita Halder, Assistant Professor in the Department of Comparative Literature, Jadavpur University will speak on  translations of the Qur’an from Arabic to Bangla in her talk Allah/Ishwar: Translating the Qur’an in Bangla. She begins by looking at the first Bengali prose translation of the Qur’an by Bhai Girishchandra Sen between 1881 and 1886 which had repercussions within the Muslim community with various versions being produced by the Muslim ulama. It shows how anxiety over semantic transfer of the Islamic sacred text into Sankritized Bangla, structured by the Hindu intelligentsia, played out in the diverse and conflicting arena of Christian, Brahmo and Islamic ideologies. 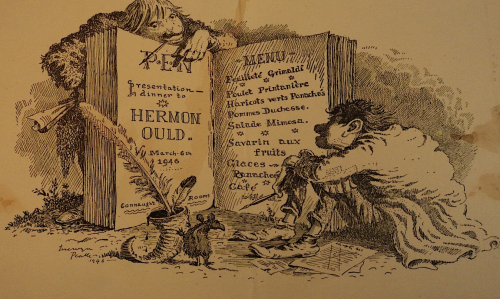 We begin our talks in August on Wednesday 1st with A History of the P.E.N. in Pre-Independence India by Tariq Sheikh, Assistant Professor of Japanese Studies at the English and Foreign Languages University, Hyderabad. P.E.N. International, the international organisation of writers established in London in 1921, established its branch in India in 1932. Unlike organisations such as the Progressive Writers’ Association, P.E.N. in India was aligned to the mainstream nationalist movement, with top office bearers of the Indian National Congress like Nehru and Sarojini Naidu playing important roles. This talk will present a short history of the early days of this important yet forgotten organisation.

On 20th August, Debanjali Biswas, doctoral candidate at King’s College London will talk on Dance History and Dancing Through History: Manipuri in Colonial India. In the 1920s dances of Manipur—a form that was deemed worthy of being part of state pageantry—had steadily garnered social and cultural currency in Bengal. By 1947, Manipuri had the rare distinction of being the subject of India’s first trilingual film produced from Bombay. Drawing on photographs available within personal collections of Gourlay, Haig and Knapik in conjunction with films of Woods-Taylor and ethnographic research in Manipur, this talk explores possibilities of constructing a history of Manipuri dance through material archives. 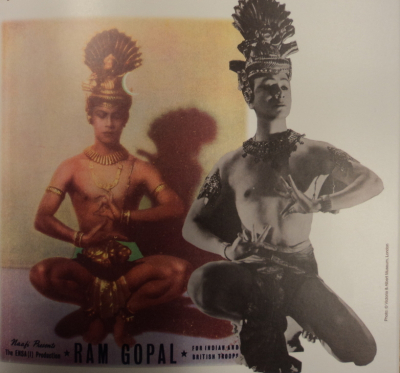 We have another interesting talk on dance on 3rd September by Prof. Ann R. David, Roehampton University: Ram Gopal, Indian Dancer: Histories of Cultural Interweaving. The Indian dancer, Ram Gopal (1912-2003) played a crucial role in bringing Indian dance to international audiences from the 1930s to the late 1960s. Using interviews with Gopal’s remaining family, his costume-makers, close friends, and dance partners, coupled with archival evidence from the British Library collections, this talk discusses the lineage from which he came and the legacy he left, and addresses how the dancing body may be laden with colonialist, nationalist and orientalist discourses. 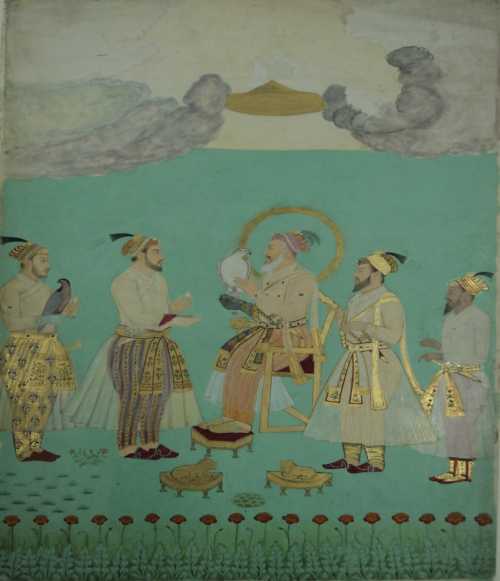 On 17th September, Anaïs Da Fonseca, Adjunct Researcher at the Tate Research Centre: Asia will speak on Deccani scroll paintings in her talk Beyond Temple Paintings: Towards an Alternative History of the Deccani Scroll Paintings. In the southern Indian state of Telangana, itinerant storytellers narrate genealogies of local castes using scroll paintings on cloth as a visual aid to their performance. This talk proposes an alternative methodology to understand the history of these paintings by looking at much less documented folk art forms that developed at the same time in the region. It also introduces folk art forms that might have equally informed the development of the Deccani scroll painting tradition such as Kalamkari hangings from Andhra Pradesh, leather puppets from Maharashtra, and so on.

We end our summer talks on 24 September 2018 with Debojyoti Das from the University of Bristol speaking on Visual Representation and Reportage of 19th Century: South Asian Earthquakes from Colonial Archive. In nineteenth century India, British colonial officials and geologists created a legacy of private and official archives of major earthquake disasters, including newspaper clippings, geometrical measurements and photographs. This talk examines the metaphors, symbolisms and representations that photographs carried in the aftermath of a disaster by examining colonial photo collections kept in British and Indian archives, while considering the ways that photographs were produced, organised and catalogued. It shows that photographs were crucial to substantiate colonial state and Indian nationalist (Indian National Congress) political appeal for relief and reconstruction in the colony.

No advance booking is required, and the sessions are free to attend. For further information , please contact Dr. Priyanka Basu, Project Cataloguer of ‘Two Centuries of Indian Print’ at Priyanka.Basu@bl.uk. Please do come along, listen and participate!

Posted by Ursula Sims-Williams at 3:52 PM