Another Chinese paper stamp in a Malay manuscript

A few years ago, I became intrigued by the red ink stamps of Chinese paper makers occasionally glimpsed on the pages of Malay and Javanese manuscripts in the British Library, and in a post on Malay manuscripts on Chinese paper illustrated all the examples encountered so far. Recently, another example has surfaced, in a fine illuminated copy of the Hikayat Muhammad Hanafiah, copied by Muhammad Kasim in 1805. The manuscript was previously owned by John Leyden, and is therefore most likely to have been copied in Penang, where Leyden spent four months convalescing from late 1805 to early 1806. On the bottom left hand corner of f. 61 r is a red ink stamp of an animal, a rather rotund quadruped resembling a hippopotamus or rhinoceros. 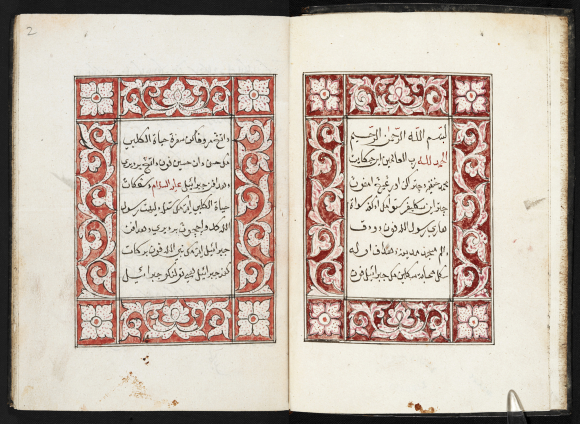 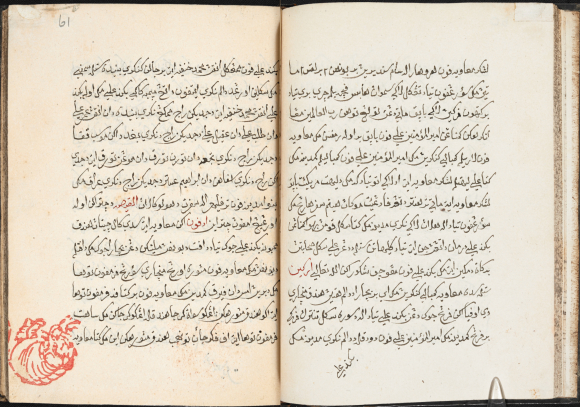 My interest in Chinese paper-maker stamps had been rekindled by the fascinating blog post about the history of printing in China by Emily Mokros, From the page up: the Peking Gazette and the histories of everyday print in East Asia. In the second installment of her post, Mokros highlighted the presence of papermakers’ stamps in mid-19th century manuscript copies from Canton of the Peking Gazette, and commented on the important role of Canton as a hub of the southern paper trade, serving both the Qing empire and markets beyond its shores in Southeast Asia. Although little research has yet been carried out on papermakers’ stamps, there has recently been interest in the subject, and Mokros provided links to the main references.

Particularly helpful is a blog post on Chinese paper stamps by Devin Fitzgerald of Harvard University in March 2017 noting the potential value of these stamps for the study of Chinese bibliography and codicology, and proposing the compilation of a database. In a response the following month, David Helliwell published all ten stamps that he had come across – by chance, rather than design – in the Bodleian Library’s collection. The most thorough study of the field to date is by Chang Pao-san of National Taiwan University. In his paper on Paper manufacturer hallmarks in rare Chinese books from the Qing dynasty, Chang proposes three categories of textual hallmarks:
Type 1: a red rectangular mark that clearly states the name of the manufacturer followed by the phrase “observed production” or “selected the material”
Type 2: a red rectangular mark that contains the name of the manufacturer and the type of paper, or only the name of the manufacturer
Type 3: a long, thin, red and blue mark of an images with parts of one or more characters. Sometimes there are no characters, only a red or blue image.

One aspect that Chang does not mention is pictorial elements, such as the animal mark found in the Hikayat Muhammad Hanafiah. That these pictures evidently functioned as easily recognizable trademarks is implied by the reference to the “Double Children Seal” of Changfa studios, a red ink stamp of two children holding a ball, found by Guillermo Ruiz-Stovel in a manuscript of 1798 in the National Archives of the Philippines, and published by Devin Fitzgerald in his post. Incidentally, the three related stamps documented by Ruiz-Stovel – the red ink “Double Children Seal”, accompanied by two blue ink textual seals in the name of Changfa studios – are exactly those noted in my 2014 post as having been seen by Midori Kawashima in an Islamic manuscript from Mindanao, suggesting the widespread use of that particular brand of Chinese paper in the Philippines. 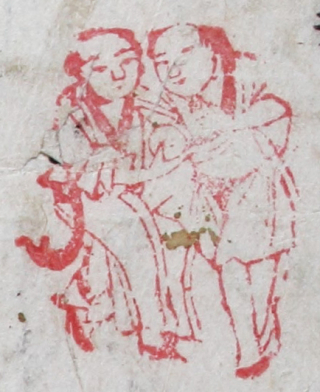 Following David Helliwell’s example of collating all examples known so far, presented below are the four Chinese paper stamps found in Malay and Indonesian manuscripts in the British Library, with links (where available) to the catalogue entry and the digitised manuscript. 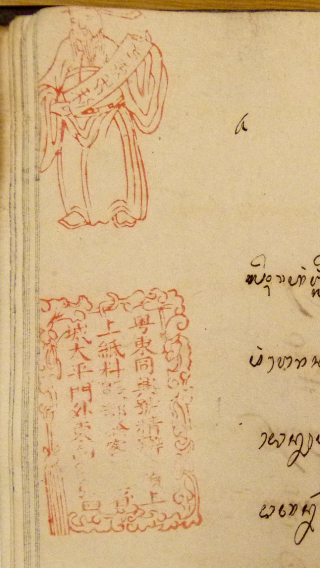 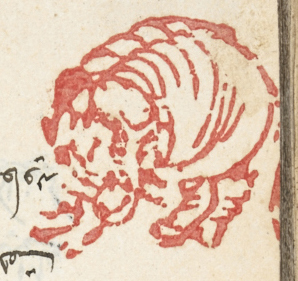 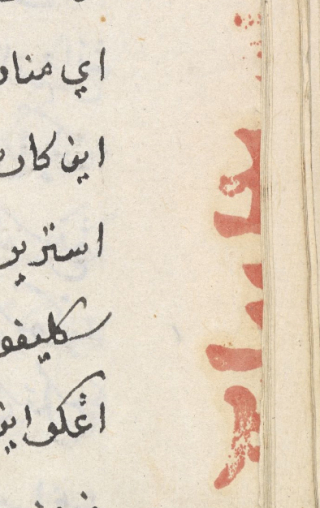