In my recent post on a court diary from Bone in south Sulawesi, I noted the tradition in Bugis diaries of leaving blank pages between each year, which could then be filled with notes and copies of important documents. Such pages also often contain doodles and, not infrequently, small sketches such as floral motifs. Quite exceptional, though, is a full-page, highly accomplished painting of a winged horse, found at the end of the diary of the Maqdanrang of Bone, Muhammad Ramadan, uncle of the Sultan of Bone, Ahmad al-Salih Syamsuddin (r. 1775-1812). 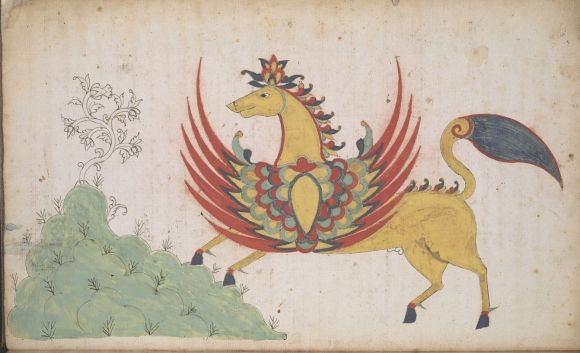 My attention was particularly drawn to the sage-green clump of rocks in the foreground on the left, with an undulating outline and with small tufts of vegetation. Although green is fairly common in Javanese illustrated manuscripts, as in the copy of Serat Sela Rasa below, this pigment is only rarely encountered in manuscript art from other parts of the Southeast Asian archipelago such as Sumatra or the Malay peninsula. Indeed, the use of this particular shade of green for landscape features, and the small sprigs of grass, cannot help but recall certain paintings in Persian manuscripts, such as the two Mughal examples shown below. It is well-known that the refined tradition of miniature painting which flourished in Persianate courts, and others influenced by them, never took root in Islamic kingdoms in the Malay world. But the green rocks in the Bugis painting might be the smallest hint that even if the tradition itself never developed in Southeast Asia, such paintings may occasionally have been glimpsed in the courts of south Sulawesi. In the 17th century, Makassar was one of the most cosmopolitan and cultured cities in the Malay world, and the sultan of Talloq who was also the chancellor of Gowa, Pattingaloang, was known to have possessed a great library, including many European books. 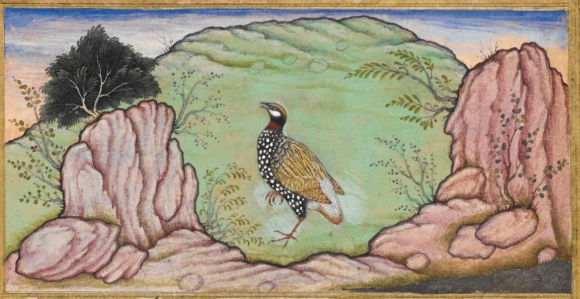 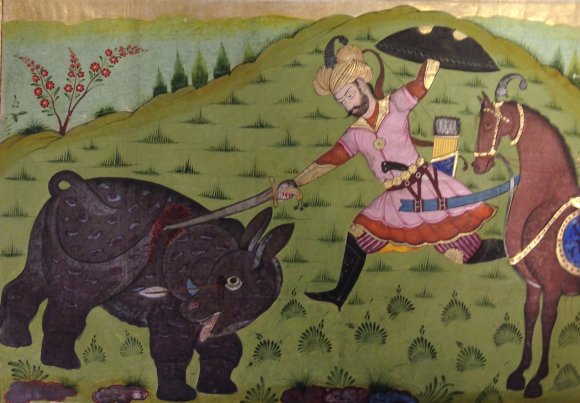 Within the field of Islamic manuscript art, a winged horse often suggests Buraq, the steed on which the prophet Muhammad travelled to heaven during his miraculous night journey (al-Isrā’ wa-al-Mir‘āj). And yet Buraq is usually portrayed with a human-like face, which is not the case here. A closer parallel may be drawn with winged horses occasionally encountered in Javanese illustrated manuscripts, for example in Serat Sela Rasa shown below. However the significance of this Bugis horse, and any possible literary allusions, remains enigmatic. 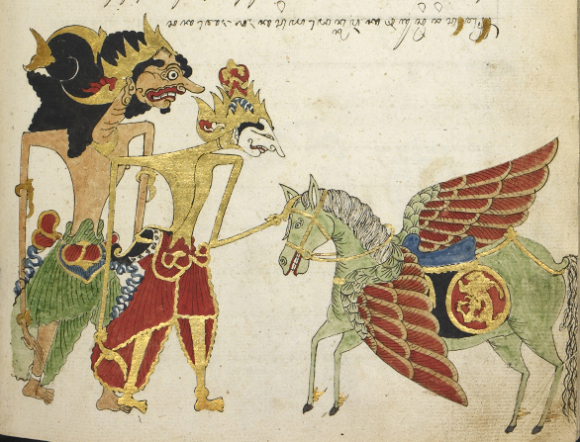 The painting of the horse in the Maqdanrang's diary is of very great significance in being the only known example of developed figural painting in a manuscript from Sulawesi, although anthropomorphic stick-figures are frequently encountered in divination and calendrical manuscripts. The confident presentation of the horse—with the stylized single-plane wings contrasting with the naturalistic portrayal of the body—and the skillful colouring hint at a tradition of Bugis manuscript art, as also manifest in a number of impressive illuminated Qur'an manuscripts known from south Sulawesi (cf. Gallop 2010).

More drawings, albeit uncoloured, are found on other pages of the Maqdanrang’s diary, and similar sketches can also be seen in the Bugis diary of the Maqdanrang's brother, Sultan Ahmad al-Salih Syamsuddin himself, for the years 1775-1795. These sketches are reproduced below. 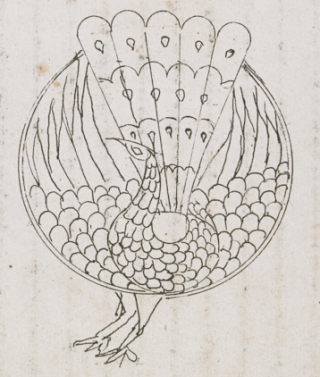 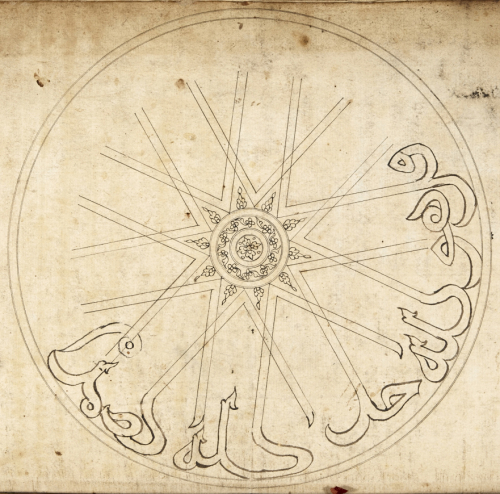 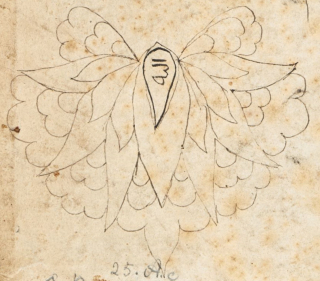 Doodled sketches on the first page of the diary of Sultan Ahmad al-Salih Syamsuddin of Bone. The floral design in the middle, with the word Allah at the centre, may be of of mystical significance. British Library, Add. 12354, f. 1r 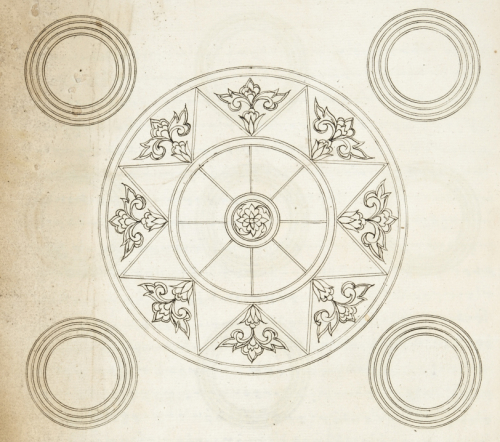 With many thanks to Ursula Sims-Williams, Elaine Wright and Marianna Shreve Simpson for advice on paintings in Persian manuscripts.