With the launch of the Black Britain and Asian Britain subject hub, we are offering a resource to help researchers find and engage with our collections and activities in these areas. 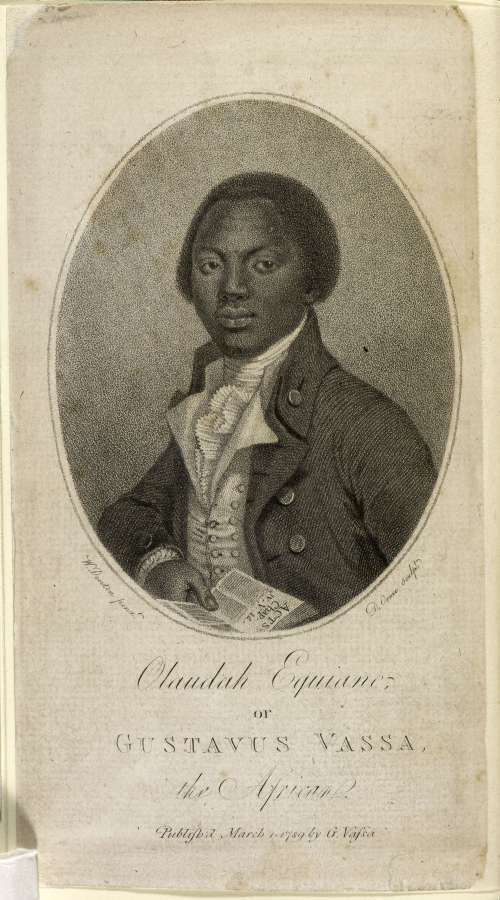 The hub page presents a mine of information on the British Library’s collections about the experience of people of African, Asian and Caribbean heritage in Britain. From it, you can access our collection guide pages, which cover our books and other printed material, manuscripts and archives, and sound and audio-visual collections. The guides explain what we hold, how to research it further, what you can see or listen to online, and what you can access if you come into our Reading Rooms.

Our collections are wide-ranging in these areas. You can get a peek at some of them through the collection guide pages: the title page of Olaudah Equiano’s 18th century autobiography, for example, or newspaper reports on Asian suffragettes, or extracts from manuscripts by Hanif Kureishi. Much more is held in our stores, like the publications of pioneer publishers Bogle L’Ouverture, New Beacon Books and other British Black and Asian publishers. Anyone who wants to see this material can do so – check out How to get a Reader Pass. 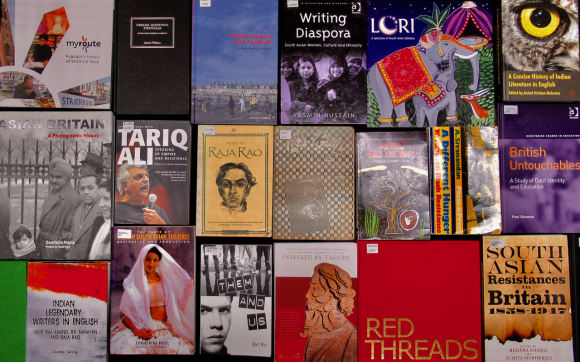 A selection of printed books in the British Library’s collections

The image on the subject hub page is a detail from the costume of a joyful carnival dancer, created by Ray Mahabir of Sunshine International Arts for our previous West Africa exhibition (which I had the pleasure to co-curate). Her costume is composed of a patchwork of Caribbean and West African textiles and symbolises the Black presence in Britain and its broader historical roots. 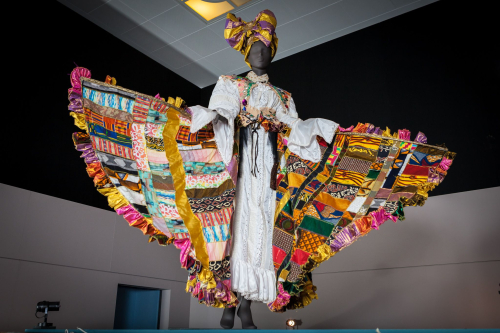 Further down the subject hub page, you’ll find examples of projects and people connected with these research areas, as well as relevant British Library blogs. Scroll down also to see a selection of events – full details to be found on our Events pages. These are wide-ranging, including talks, discussions, music, literature and comedy.

In addition to what’s offered on these new pages, there are also relevant Learning pages, showing what the British Library has to offer for children and young people. We also offer advice for people starting or running their own businesses.

Why create this web resource?
The launch of Black Britain and Asian Britain subject hub is the result of extensive discussion within the British Library, as well as some external consultation. Curators have long been aware of a gap in the information we make available about our collections. With the rise of Black British Studies as an academic discipline in particular, as well as a much longer history of the development of Black British and Asian British history, there is substantial interest in these subjects, from scholars and the public more generally.

This subject area demands a new approach to the way in which we present information about our collections on the British Library website. We tend to categorise by geographical area (Africa, the Americas, Asia); date (Contemporary Britain); or type of material (News media, Maps). And all these areas are relevant to Black British and Asian British Studies – whether it’s 18th or 19th century records or newspapers dealing with slavery, indenture and empire, 20th century books published in the UK, or sound recordings of nurses from Barbados of the Windrush generation. 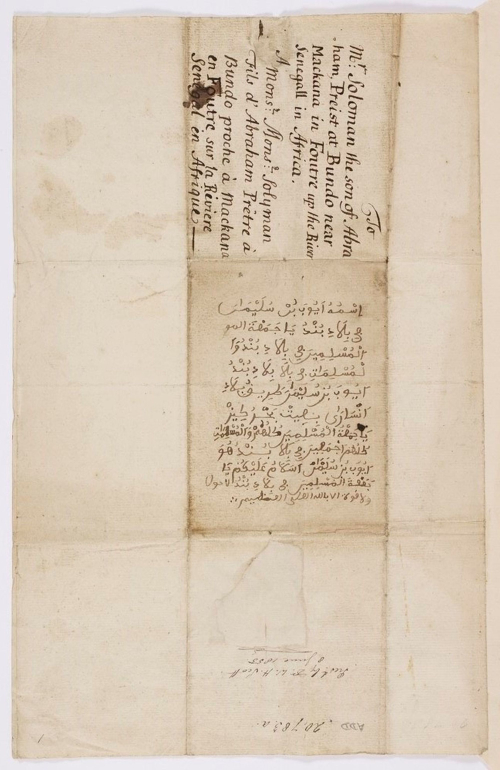 Letter written by Ayuba Suleiman Diallo in his campaign to be released from enslavement (?1731) (BL Add MS 20783a)

Our collections are multi-faceted. They reflect the British Library’s long history since the foundation of its predecessor, the British Museum, in 1753, and thus are connected to turbulent and controversial histories of race and empire. They have also come into being because as the UK’s national library and one of its six legal deposit libraries, we endeavour to obtain a copy of every UK publication. Since 2013 this has included electronic publications and websites. These collections are held in perpetuity for future readers and researchers, and now, for example, provide a resource for young people to become aware of the struggles of former generations who arrived in the UK. Our sound collections include recordings of the voices of members of these generations.

That these collections are hard to find was brought into relief by our Bringing Voices Together workshop held on 7 September 2017, organised by Chantelle Lewis, a PhD student at Goldsmith’s, University of London, during her placement with our Contemporary British collections. This was attended by writers, academics and publishers from Black British, Asian British and British Middle Eastern heritages. The workshop explored barriers to inclusivity in British publishing and heard about initiatives to combat this. Participants wanted the Library to do more to raise the profile of publishing by writers of colour, and to make it easier to find out about what the Library holds of particular relevance to people of African, Asian and Caribbean heritages. 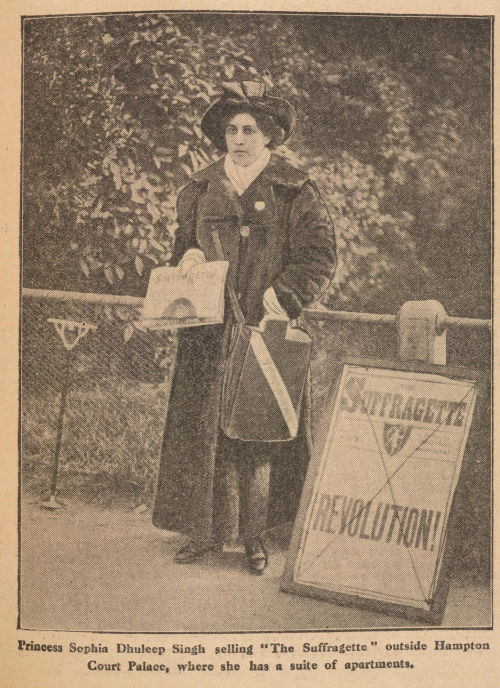 Finding the right words
Using a questionnaire, we asked participants at the Bringing Voices Together workshop for feedback about the structure and terminology to be used in these pages. We are more than aware that no terminology is perfect, and not everyone will agree with what we have used here. To help make our decisions, we have also had lengthy internal discussions, and in-depth conversations with two other external advisers, as well as carrying out some research into what is being used on the web.

The conclusions of this research were interesting, and made us reflect on recent history and the changing meanings of words. First, it was clear that BAME (Black, Asian and Minority Ethnic) was pretty universally disliked. What about Black? There was a time, in the 1960s and 1970s, when the term was used to reference a shared experience of racism in the UK, and many people of Asian origin adopted it. But that is no longer so much the case, and the point was strongly made to us that Black and Asian experiences in Britain are often quite different.

Should we then, we asked, be discussing resources for Black British Studies together with Asian British Studies? Respondents to the Bringing Voices Together questionnaire – who were generally positive about the idea of the pages – were about evenly divided on this issue. It is for this reason that we took up the suggestion of two respondents that the two areas should be ‘separate and grouped’, or ‘separate but linked’. The hub page is called ‘Black Britain and Asian Britain’, but the collection guides on the page are divided between these. 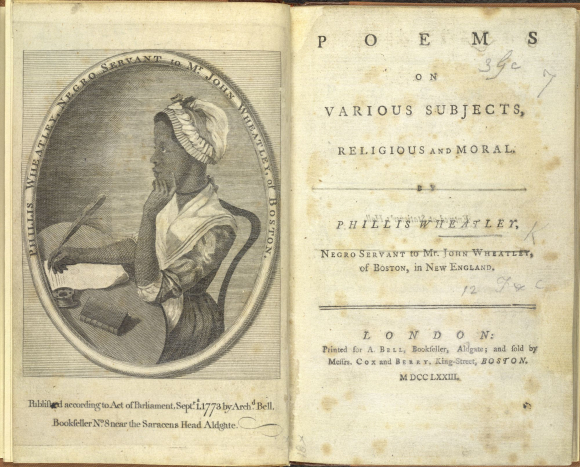 The Poems of Phillis Wheatley, who was still enslaved when she published this volume in 1773 (BL 992.a.34)

Our guides to Asian Britain follow the predominant British practice of focusing on South Asian heritages. This was a practical strategy to make the project manageable, but one that we know has shortcomings: our collections are rich in materials from the whole of Asia, and our holdings of British materials similarly reflect the academic and creative expression of people of a range of ethnicities with roots in East and South East Asia as well as the Middle East or Western Asia. Links on the Black Britain and Asian Britain pages take visitors to our resources on these parts of the world.

Overall, we are aware that there are many ways of defining identity in the UK, and other options besides the titles we have used. Our aim is not to exclude or divide, but to find a workable solution in a world of imperfect solutions. 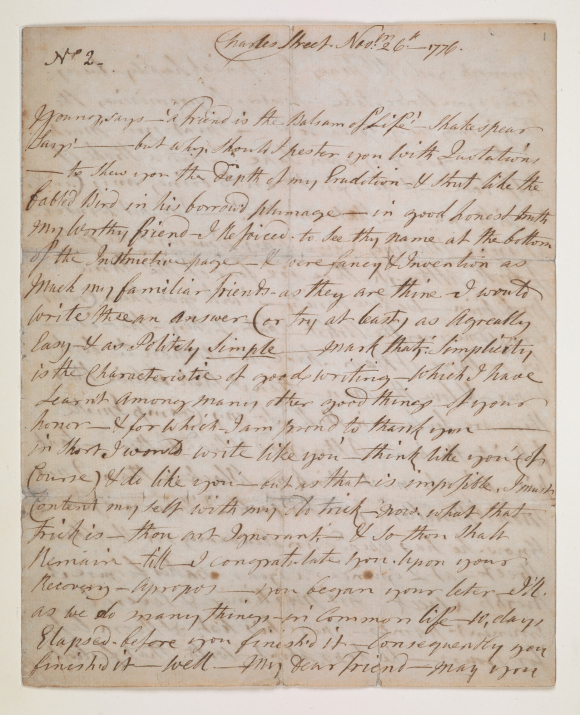 The terms Black Britain and Asian Britain themselves were a further point of discussion. We chose these broad headings because our practice is to use brief, clear demarcations in our subject pages, and academic disciplines (Black British Studies, for example) may seem exclusive outside academia. The British Library website also defines its collections in part by geographical area, and these terms fit into that pattern.

At the same time, we don’t want to suggest that Black Britain and Asian Britain are somehow separate from ‘mainstream’ Britain. Our point here is to foreground the presence, shared experience, activism and other contributions of people of colour in Britain, recognising how these communities have become integral to national life, not only since the arrival of the Windrush, but for centuries before then (a story we also tell in our current exhibition, Windrush: Songs in a Strange Land). At the same time, we want to make it possible for people to find resources directly relating to their own experience. 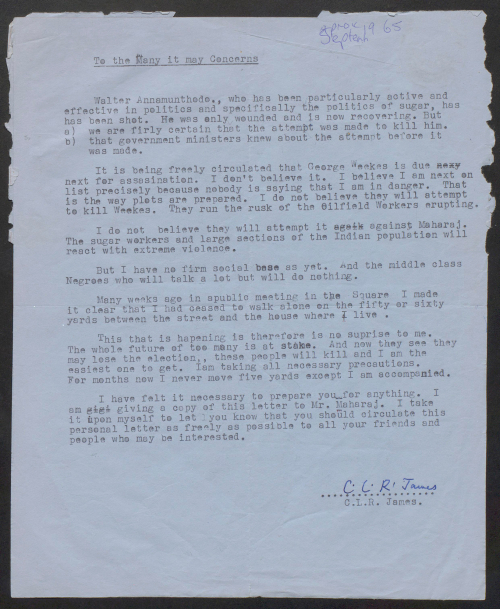 So we hope that we’ve reflected current thinking, and that these pages will fulfil a useful role in drawing attention to the rich and deep – and previously rather hidden – collections at the British Library. We’ll be listening to comments, and we’d love to hear about how you’re using these collections (contact Customer Services).

If you are involved in publishing, or creating your own publications, and would like to know more about depositing with the British Library, please see our Legal Deposit page. Items deposited can include books, magazines, pamphlets, zines, newsletters, reports or websites.

Posted by Ursula Sims-Williams at 1:49 AM