The 7th day of the 7th lunar month has long been the date of the Star Festival 七夕 in East Asia, traditionally known as Tanabata in Japan, and as Qixi - or more recently as the ‘Chinese Valentine’s Day’ - in China. It has always been a very popular festival celebrating the summer evening, and evoking the romantic legend of the star lovers who meet each other once a year by crossing the Magpie Bridge over the Milky Way. 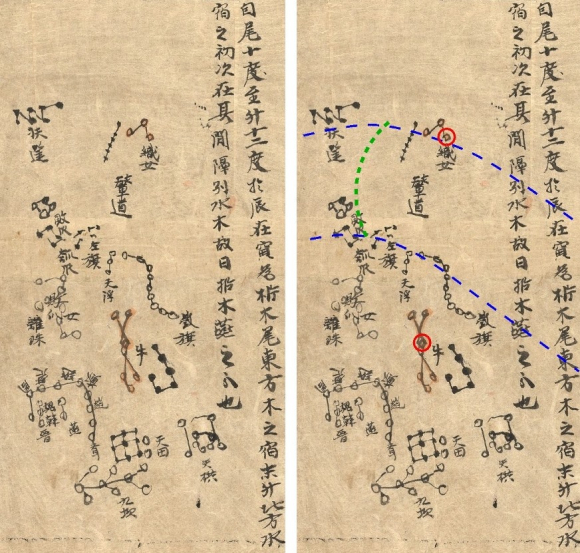 Above left is the Dunhuang Star Atlas, the oldest known manuscript of a star chart dating to around AD 700. On the right-hand image the Magpie Bridge, which corresponds to the constellation of Cygnus (= Celestial Ford 天津), has been indicated by a green dotted line, and the Milky Way is indicated by two parallel dotted lines in blue (neither feature is marked on the original Star Atlas). The boy lover, known as Niulang (牛郎) in the Chinese folktale, was identified in his original position as Niu su yi (牛宿一), also known as β Capricorni or Dabih Major in Western astronomy. The girl, Zhinü (織女) has always been and still is associated with Vega since the creation of the Dunhuang Atlas. British Library, Stein Collection Or.8210/S.3326. International Dunhuang Project http://idp.bl.uk/

However, the Star Festival is not only for celebrating romance. We first explored the origins of this festival and related astronomical subjects in two previous blog posts in August 2014: ‘Tanabata (七夕) Star Festival’ - is it 7 July or 2 August 2014? (1) and (2). This year we concentrate on how the night of the 7th day of the 7th lunar month has had a dramatic impact on both the Chinese and Japanese literary traditions. 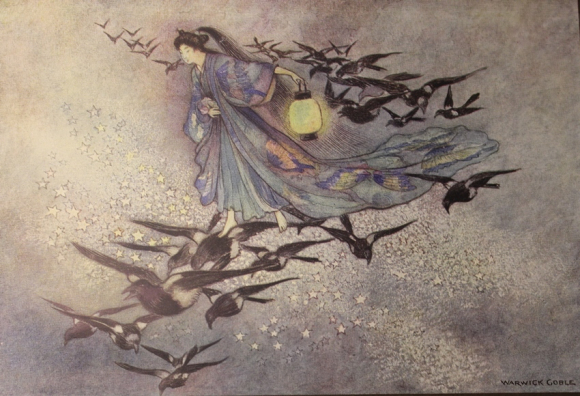 Despite the passage of many years, Emperor Xuanzong still pines for his dead lover, Yang Guifei. Although he cannot cross the border into the afterlife, he commissions his Daoist master to seek out Yang Guifei, for whom he is still longing but can no longer see, even in his dreams. Eventually the Daoist master manages to meet Yang Guifei in the afterlife, and she asks him to pass her message to Emperor Xuanzong, calling her Imperial lover to a romantic reunion in the stars. Even though there is no explicit mention of the star lovers in the lines below, the 7th day of the 7th lunar month indubitably references the love of the celestial couple. 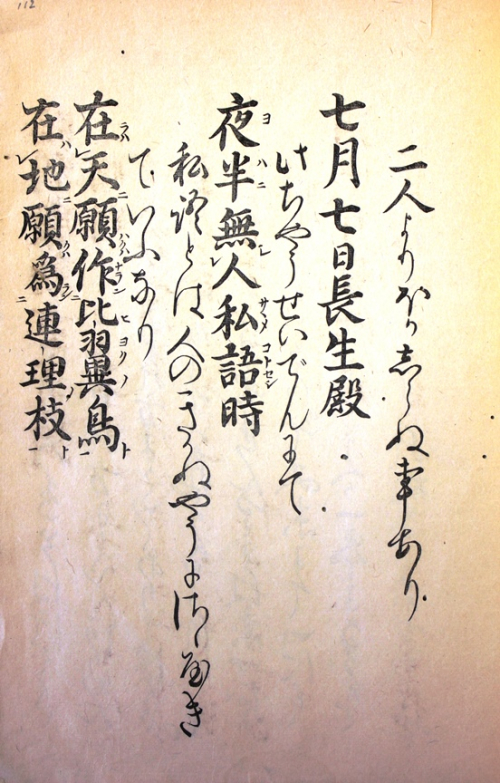 ‘The Song of Everlasting Regret’ was already very well known among the Japanese when Murasaki Shikibu (紫式部), who was a lady-in-waiting at the court of the Empress Shōshi in the 11th century, wrote ‘The Tale of Genji (源氏物語)’, and it is clear that she consciously included many direct or indirect references to Bai Juyi’s poetry.

At the opening of the story, the relationship of Genji's parents mirrors that of the Emperor Xuanzong and Yang Guifei, as Genji's father is the Emperor Kiritsubo and his mother is the most beloved one in his court. Genji’s mother dies young, leaving the Emperor in deep sorrow. While they were together, their favourite saying was “In the sky, as birds that share a wing. On earth, as trees that share a branch”, from the famous lines in ‘The Song of Everlasting Sorrow’. Day and night, he repeatedly bemoans the shortness of her life, making his own but an empty dream. 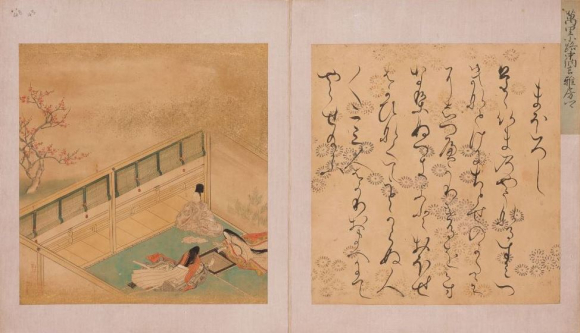 In Chapter 41, Genji is left alone as his wife Lady Murasaki dies. In this chapter, the episode of the night of the 7th day of the 7th month is described as Tanabata, the day of the blessing of the star lovers. Genji is not in the mood for celebrating romance, and he keeps on thinking of his late wife and composes this poem: “They meet, these stars, in a world beyond the clouds. My tears but join the dews of the garden of parting.” Although the symbolic lines “In the sky, as birds that share a wing. On earth, as trees that share a branch” were not quoted explicitly in his poem, they are evoked implicitly through the whole chapter. 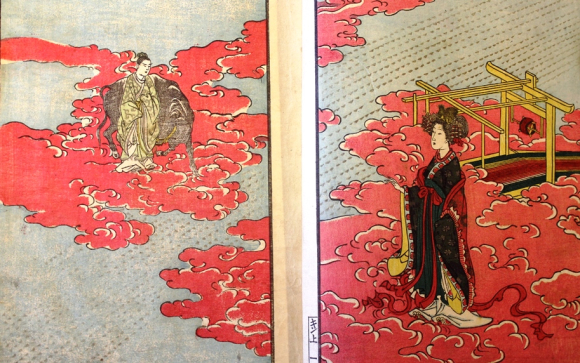 Konparu Zenchiku (金春善竹 1405-1470) composed a Noh play, ‘Yōkihi (楊貴妃)’, based on the latter part of ‘The Song of Everlasting Regret’. The key motifs in his Noh play were the tragic separations and broken promises as the lovers believed that nothing could force them to be parted. The lines about the 7th day of the 7th month, the star lovers, tree branches and birds are repeated at the close of the Noh play, leaving the audience filled with sorrow. 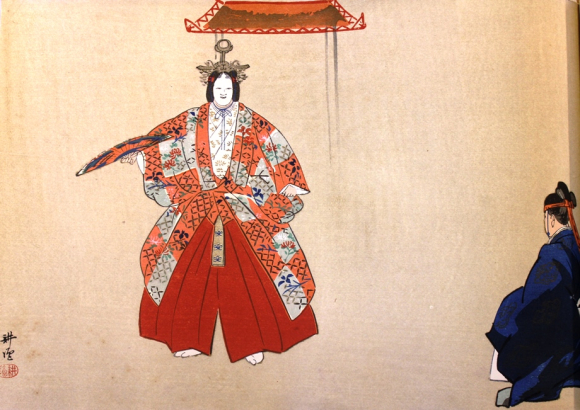 Lovers in classical literature were aware that they could not thwart fate and that human life is full of uncertainty, but perhaps they admired the star lovers in the night sky as a symbol of eternal love, unobtainable in the real world.

The Dunhuang Chinese sky: a comprehensive study of the oldest known star atlas

With special thanks to Professor Roberto Soria, University of the Chinese Academy of Sciences, for identifying positions of the key constellations and the Milky Way on the Dunhuang Star Atlas.

Posted by Annabel Gallop at 4:42 AM