A new display of Southeast Asian manuscripts from the Sloane collection

In 1753 the British Museum was founded through the bequest of the vast collections of Sir Hans Sloane (1660-1753), including over four thousand manuscripts, which are now held in the British Library. Sloane's manuscripts originate from all over the world, and among them are 12 from Southeast Asia. Eight of these can now be seen in a new display in the exhibition case next to the Asian and African Studies Reading Room in the British Library at St. Pancras. 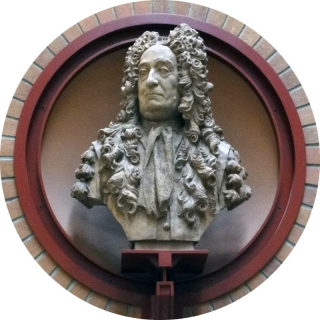 Bust of Hans Sloane by Michael Rysbrack (1693-1770), on display in the British Library

At first glance the eight exhibited manuscripts appear to be a rather random selection linked by nothing other than their Southeast Asian origin and their ownership by Sloane. But viewed through another lens, these eight manuscripts evoke vividly the two main preoccupations of the age in which they were collected: the global mercantile thrust which led to the founding of the English and Dutch East India Companies at the beginning of the 17th century, as reflected in trading permits and financial accounts, and religious zeal, manifest in an interest in the canonical and liturgical works of the major world religions which had taken root in Southeast Asia: Buddhism and Hinduism which had travelled from India, Islam from its birthplace in Arabia, and most recently Christianity by way of Europe.

Despite their small number and in some cases fragmentary state, the manuscripts on display also encompass an astonishing array of scripts: Balinese, Javanese, Lampung, Burmese, Khmer, Arabic in its original form as well as extended versions for writing Persian and Javanese, the Vietnamese Han Nom characters derived from Chinese, and Roman script. The languages found in these eight manuscripts range from indigenous languages of Southeast Asia, namely Malay, Javanese, Old Javanese, Burmese and Vietnamese, to the foreign languages which served the spread of both faith and trade in the region: Arabic, Persian, Chinese, Pali and Dutch. Four different calendrical systems are utilised – Burmese, Gregorian, the Javanese Saka era, and the Chinese zodiac calendar – and writing supports range from palm leaf and bamboo to Javanese beaten tree-bark paper (dluwang) as well as European and Chinese paper. On the top shelf of the exhibition case are grouped manuscripts relating to faiths of Southeast Asia. The Hinduized court culture of early Java is represented by a fragment of the Arjunawijaya, a court poem (kakawin) composed by Mpu Tantular in the 14th century in the kingdom of Majapahit (Sloane 3480). The lines on this small fragment of palm leaf, representing part of the right-hand half of a single leaf, describe a confrontation between Śiva’s attendant Nandīśvara and the ten-faced demon Rāvaṇa. The manuscript is in Old Javanese – an early form of the Javanese language characterised by an exceptionally high proportion of Sanskrit words – written in Balinese script, and is undated.  Since its entry into the British Museum this Old Javanese fragment had remained unidentified until it was digitised and highlighted in a recent blog; within 24 hours the text had been read and identified by a group of scholars located in different parts of the globe, and their report can be read here.

Fragment of the Arjunawijaya in Old Javanese in Balinese script, on palm leaf. British Library, Sloane 3480

Also written on palm leaf is a manuscript of the Pātimokkha, the Buddhist code of monastic discipline, dating to around 1700 or earlier (Sloane 4099(4)). The single folio on display contains three main lines of text from the Pātimokkha in Pali, the canonical language of Theravada Buddhism, written in Cambodian (Khmer) script, accompanied by interlinear explanations.

Section of one leaf of the Pātimokkha in Pali in Khmer script. British Library, Sloane 4099(4)

Islam is represented by an important Arabic text of the Shafi‘ī school of law, Masā’īl al-ta‘līm, ‘Questions for instruction’, by the 16th-century Yemeni scholar ‘Abd Allāh bin ‘Abd al-Raḥmān Bā Faḍl (Sloane 2645). This manuscript, copied by a scribe named ‘Abd al-Qadīm, has an interlinear translation in Javanese in Arabic (pegon) script, and is dated  1545 in the Javanese era, equivalent to 1623/4 AD. This complete copy. in excellent condition. is one of the earliest dated manuscripts written on dluwang, Javanese paper made from the beaten bark of the mulberry tree. 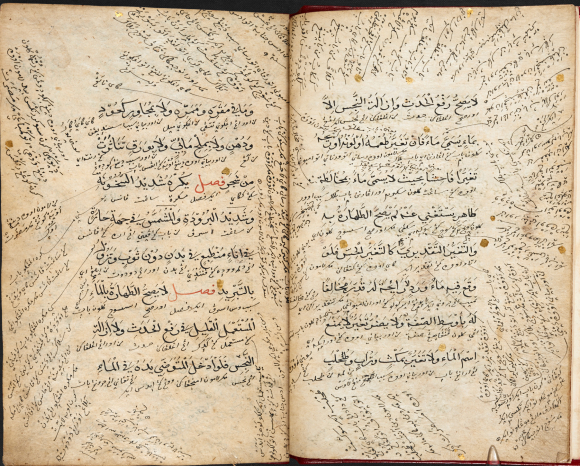 The most recent world religion to arrive in Southeast Asia was Christianity, brought by the Portuguese in the 16th century, and on display is a Christian Psalter written in Malay in Roman script (Sloane 3115). The owner of this book was Cornelius van der Sluijs, a clergyman who served in the Moluccas and died in Batavia in 1715. This collection of hymns, psalms and Christian services in Malay was probably compiled in Ambon around 1678, following Van der Sluijs’s ordination as a full minister of the Dutch Calvinist church. 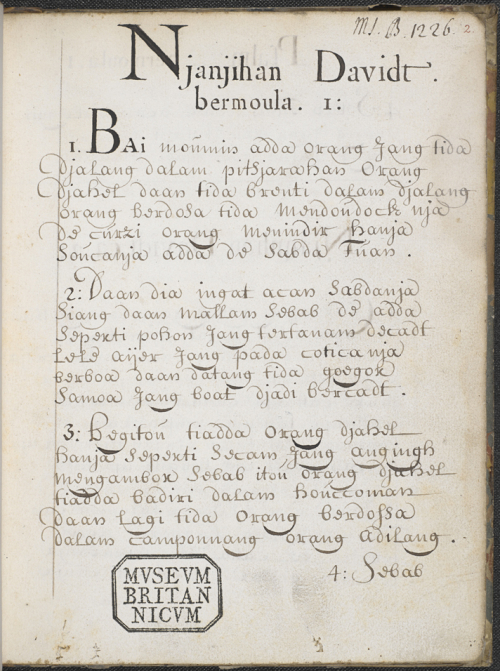 The first page of the Psalms of David in Malay, showing the distinctive octagonal British Museum stamp designed for use on Sloane's library. British Library, Sloane 3115, f. 2r

On the bottom shelf are documents relating to trade. The largest and most impressive visually is a royal letter from the ruler of Tonkin in the form of an illuminated scroll written in the Vietnamese language in Chinese (Han Nom) characters, probably despatched in 1673 (Sloane 3460). In 1672 the first English East India Company ship arrived in Tonkin in north Vietnam, and in March 1673 the captain, William Gyfford, was permitted to meet the ruler Trịnh Tac (r. 1657-1682). While the Company sought the establishment of commercial relations with Tonkin, the Vietnamese were interested in accessing new technology, and in his letter, Trịnh Tac requests iron or bronze cast cannons.

The complete illuminated Vietnamese letter with red ink seal of Lord Trịnh Tac, 1673, with a detail showing the fine silver illumination; only a small section of the scroll has been unrolled for display. British Library, Sloane 3460

The Chinese mercantile presence in Southeast Asia is reflected in a small piece of bamboo, with two lines of Javanese incised on one side with further annotations in Javanese and Lampung script, and on the other side a note written in black ink in Chinese (Sloane 1403E). The Chinese text appears to be a record of an account, and is dated in the Chinese zodiacal cycle with a date most likely equivalent to 1708.

Front and reverse of a financial account, with text in Javanese, Lampung and Chinese, [1708]. British Library, Sloane 1403E

Of particular interest are two trading permits issued by King Chandrawizaya (r. 1710-1731) of the kingdom of Mrauk U in Arakan in Burma (Myanmar). The permit written in Burmese, dated 1728, is the longest and the earliest dated palm leaf manuscript from Burma (Myanmar) in the British Library (Sloane 4098). Also found in the Sloane collection is a Persian edict (farmān) from the ruler of Arakan, dated 14 Sha‘bān 1090 (Sloane 3259). In his catalogue of Persian manuscripts in the British Museum, Charles Rieu assumed that the year inscribed was in the Hijra era, and thus dated the letter to 1679. Fortunately, just as we were preparing this exhibition, Arash Khazeni was preparing an edition of the Persian farmān, and noticed that the year was given as sanat 1090 Magi, referring to the Burmese era. The date was thus equivalent to 1728, revealing that the Persian document was in fact a counterpart to the Burmese permit! Both documents are addressed to the Armenian merchant Khwajeh Georgin (George) in Chennaipattana (Madras) across the Bay of Bengal, giving him permission to trade. Both bear the king’s round seal, inscribed in Pali, ‘Supreme Lord, Master of the Golden Palace’, which is blind-stamped on the palm leaf permit, stamped in black ink on the Persian letter, and in red wax on its cloth envelope and paper wrapper.

The pointed end of the Burmese permit of the king of Arakan, with his round seal. Sloane 4098

The seal and date at the start of the trading permit in Persian from the king of Arakan, 1728. British Library, Sloane 3259

Arash Khazeni, ‘Merchants to the Golden City: the Persian Farmān of King Chandrawizaya Rājā and the elephant and ivory trade in the Indian Ocean, a view from 1728’, Iranian Studies, 2018, vol. 51.