Asia and African Collections at the British Library (BL) are pleased to announce an exciting line-up of talks in their new 'South Asia Series', October-December 2018, featuring a diverse array of subjects from 'Theosophy and Bengali spirituality' to 'Miyan Himmat Khan and the last Mughal emperors'! This is a series of talks based around the British Library’s project ‘Two Centuries of Indian Print’ and its South Asian collections. The speakers include scholars and academics from the UK and elsewhere who will share their original research followed by an open discussion. The presentations will take place on Mondays at the Foyle Learning Centre at the British Library, between 5.30-7.00pm. 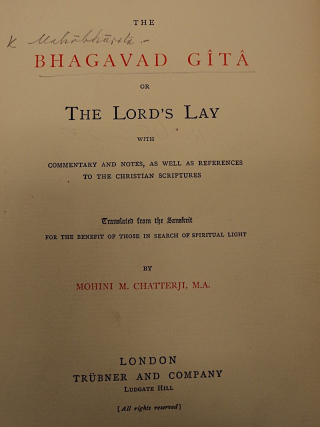 On 1st October 2018, Mriganka Mukhpadhyay from the University of Amsterdam will talk on theosophy and Bengali spirituality, focusing on the works of Mohini Mohun Chatterji (1858-1936), a member of the Bengal Theosophical Society (from 1882) and a significant member of the Theosophical Movement. His talk 'Theosophy and Bengali Spirituality: Mohini Mohun Chatterji’s Works' will discuss how Chatterji’s translations of Sanskrit philosophical texts, original essays and his public lectures shaped the Western world’s understanding of oriental spirituality. More importantly, as a Bengali theosophist and philosopher, he became a major figure in the history of transcultural spirituality in the modern world. This talk will discuss how Chatterji’s publications created a distinctive identity for modern Hindu spirituality in the Western intellectual world of the late nineteenth and early twentieth century. 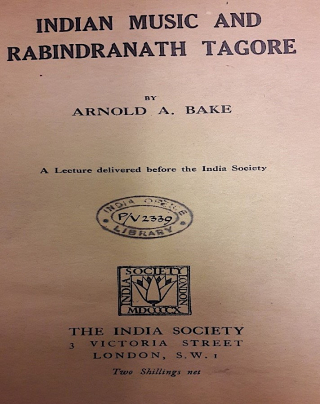 Moushumi Bhowmik, a singer, writer and music researcher based in Kolkata who works in India, Bangladesh and the UK, will talk about the Bake-in-Bengal archives. In her talk 'The Bake-in-Bengal Archives, and Beyond' on 8th October 2018 she will focus on the works of Arnold Bake both in the British Library Sound archives as well as from her fieldwork experiences in Bengal in collaboration with audiographer Sukanta Majumdar. In this presentation Moushumi will talk about the fascinating sonic maps of Bengal, their process of map-making, tracing contour lines from listening and recording, to listening to recordings, and to recording the act of listening. The talk addresses several questions including what was at the source of the motion: the Bake-in Bengal archives scattered in many places, or what lies beyond? 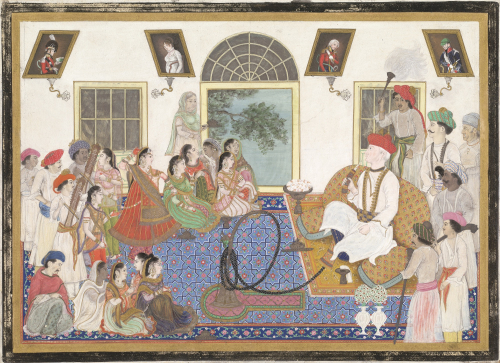 On 22nd October 2018, Katherine Butler Schofield, a historian of music and listening in Mughal India and the colonial Indian Ocean based in King’s College London will take us through the financial accounts of the East India Company that are alive with details of music and dance in Jaipur state in nineteenth century India.  Her talk 'Mayalee Dancing Girl versus the East India Company' will focus on a particular musician who stands out in these accounts as an exceptional, Mayalee “dancing girl”, an important courtesan. Little exculpatory notes in the margins of successive accounts reveal that Mayalee successfully resisted the Company’s attempt to force her to give up her salt stipend in exchange for cash. This talk looks at what official British records yield about Indian musicians and especially courtesans. 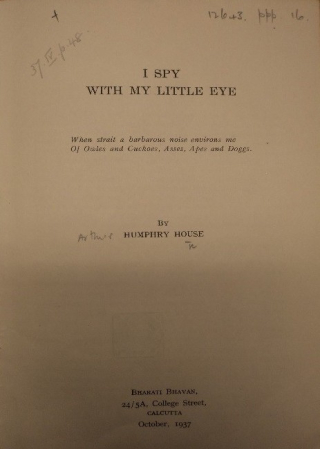 On 5th November 2018 we have Supriya Chaudhuri, Professor Emerita, Department of English, Jadavpur University, Calcutta, who will talk about a modernist community in 1930s Calcutta formed around the literary journal Parichay. The Parichay group included not only writers and artists, but also scientists, historians, politicians, philosophers, and spies. Its contacts extended to a number of disaffected colonialists in Calcutta: the geologist John Bicknell Auden, brother of the poet Wystan, the Dickens and Hopkins scholar Humphry House, the colonial official Michael Carritt, ICS, and Michael Scott, Chaplain to the Bishop of Calcutta, the last two being spies for the Communist Party of Great Britain. In this talk entitled 'Modernist Communities in 1930s Calcutta: Print, Politics and Surveillance', she will trace the network of connections through the Parichay archives, through other digitized records held at Jadavpur University, and through British Library holdings (for example Michael Carritt’s papers). 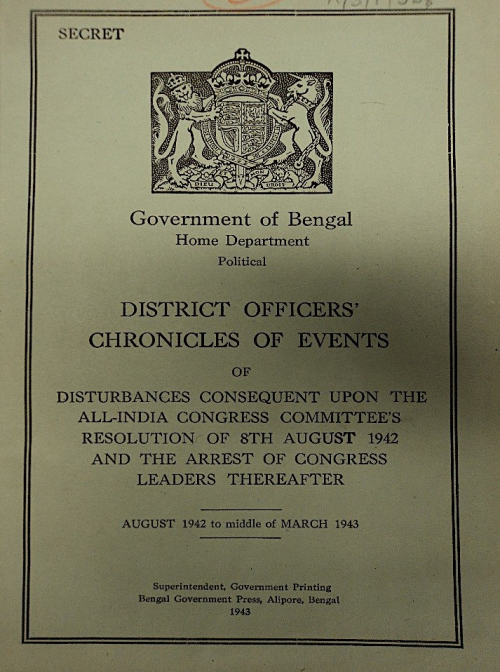 Anwesha Roy, Marie Curie Post-Doctoral Fellow at the Department of History, King’s College London will focus on the years 1940-1942 before the Quit India Movement in Bengal in her talk 'Prelude to Quit India in Bengal: War Rumours and Revolutionary Parties, 1940-42' on 12th November 2018. She will discuss how war-time colonial state policies created annoying disruptions and intrusions in various ways in the day-to-day lives of the people of Bengal, building up mass discontent up to the edge, which, coupled with war rumours, reconfigured the image of the colonial state in Bengal. This talk taps into the psyche of the colonised mind, which was increasingly and collectively coming to see the hoax of British invincibility in the face of serious reverses in the Eastern Front and Japanese victories. 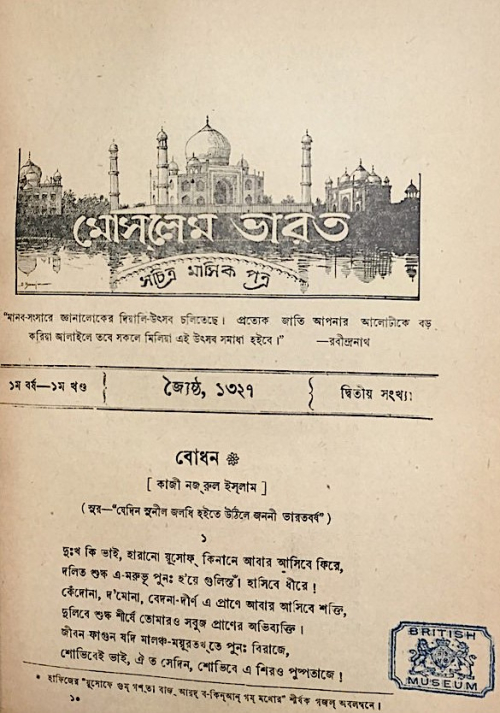 On 20th November 2018, Ahona Panda, doctoral candidate, University of Chicago, will focus on the National Poet of Bangladesh, Kazi Nazrul Islam in her talk 'Kazi Nazrul Islam and the Partition of Bengal: A Language of Unity, a Language of Loss'. This talk will explore how Nazrul tried to create a new Bengali language single-handedly. Using a large number of periodicals from the British Library’s collection, and drawing from extensive research in Bangladesh, this talk reconstructs Nazrul’s early years in journalism in which as writer and editor, he forged a new literary register for the Bengali Muslim community and crafted a political language that was anti-separatist, socialist whilw referring to a philological landscape including centuries of Islamic and Hindu literary traditions. The talk will conclude with how Nazrul found new life in the language movement in East Pakistan in the 1950s, in the years leading up to the Liberation War of 1971. 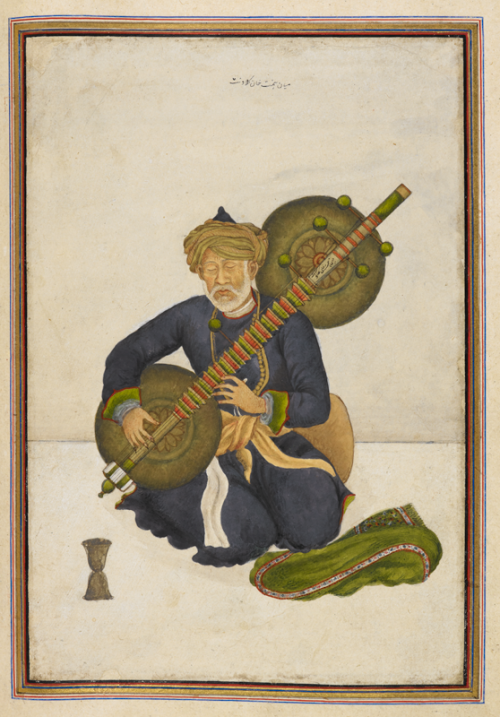 We end our autumn/winter talks for 2018 with Katherine Butler Schofield from King’s College London talking about musicians in the Mughal court in her talk 'Miyan Himmat Khan and the Last Mughal Emperors' on 3rd December 2018. This talk focusses on contemporary Indian writings on and a portrait of Miyan Himmat Khan kalāwant (d.c.1845), chief hereditary musician to the last Mughal emperors Akbar Shah (r. 1806–37) and Bahadur Shah Zafar (r. 1837–58). In this talk she will also make sense of the divergence of these competing lineages of musical knowledge in Persian, Urdu and English c. 1780–1850, by considering them side by side. It will show how viewing proto-ethnographic paintings and writings against a remarkable new wave of music treatises c. 1793–1853 reveal an incipient indigenous modernity running in parallel with colonial knowledge in the most authoritative centres of Hindustani music production, Delhi and Lucknow.

No advance booking is required, and the sessions are free to attend. Please do come along, listen and participate!

Posted by Ursula Sims-Williams at 1:25 PM