Download Hebrew Manuscripts for free, in partnership with BL Labs

We are delighted to announce that five more downloadable datasets containing a total of 139 digitised Hebrew Manuscripts have just been published online here, bringing the total number of Hebrew datasets to 22, and 723 manuscripts. These manuscripts were digitised as part of The Polonsky Foundation Catalogue of Digitised Hebrew Manuscripts (2013-2016), and we are able to provide them to download and reuse as part of the British Library Labs project (BL Labs). 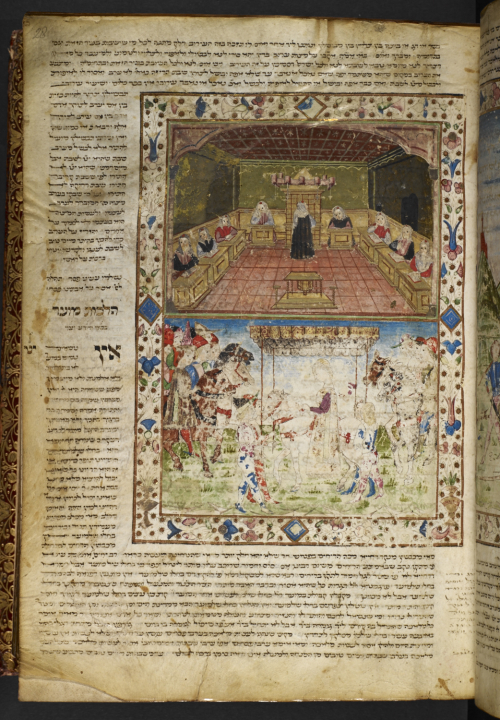 Festival Prayer Book, Italy, 1427-11499. Harley MS 5686, ff. 28r: miniature on the top shows a congregation praying in a synagogue, and the miniature on the bottom depicts the allegorical ‘Shabbat Bride’ under a wedding canopy. The manuscript can be found in dataset Heb19

Formed in 2013, BL Labs is an Andrew W. Mellon Foundation funded project which supports and inspires the use of the British Library’s digital collections and data in exciting and innovative ways, through competitions, events and collaborative projects around the world. The team provides a digital research support service (you may apply for up to 5 days’ support service using this form) and promotes engagement with the Library’s digital collections and data through a series of events and workshops around the UK.

Each autumn, the British Library Labs Awards recognises exceptional projects that have used the Library’s digital collections and data in four awards categories: Research, Artistic, Commercial, and Teaching/Learning (If you know of someone who has done outstanding work using British Library digital collections and data, please encourage them to apply).

What’s in the datasets?
The digitised manuscripts are provided as 300ppi JPEGs, divided into small datasets of around 50GB each, sorted alphabetically by shelfmark (20 to 30 manuscripts per dataset). They contain a huge variety of Hebrew manuscripts, including Kabbalistic works, linguistic works, prayer books, biblical texts and commentaries, marriage certificates, charters and scrolls. The manuscripts also contain texts in many different languages, including Latin, Greek, Yiddish, Persian, Italian, Arabic and Syriac. The catalogue records for all of these manuscripts can be found in dataset Heb1 (TEI XML files).

All of the manuscripts are Public Domain, but we would appreciate it if users could read our Ethical terms of use guide before reusing the Hebrew manuscripts datasets.

Below is an overview of each of the new datasets, and a full list of all of the manuscripts included in the datasets can be seen here. We'd love to hear what you've done or made with the manuscript images and/or metadata, so please email us at digitalresearch@bl.uk.

Heb18. This dataset includes 22 manuscripts ranging from Add MS 27141 to Arundel Or 50. It includes commentaries on the Talmud and Midrash, Kabbalistic works, two German prayer books (Add MS 27208 and Add MS 27556) and a collection of medical prescriptions ‘Sefer Refu’ot’ from the 15th century, Germany (Add MS 27170). The miscellany Arundel OR 50 (1400-1799) includes a Hebrew Grammar in Latin, with a translation of the Lord's Prayer and the Christian confession of faith.

This dataset also includes ‘The Polyglot Bible’ (Add MS 5242), created in England in 1665. As well as having beautifully detailed illustrations, this manuscript, will be of great interest to linguists. It contains excerpts from the Old and New Testament and liturgical pieces translated into many different languages: Latin, Greek, Hebrew, Syriac, Aramaic, Ethiopic, Arabic, Persian, Coptic, Spanish, Italian, French and German. 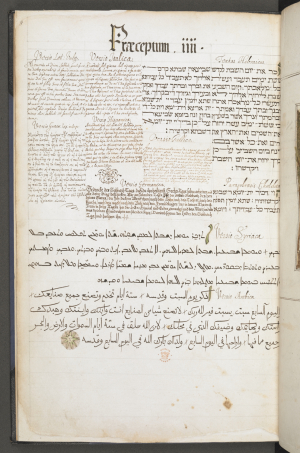 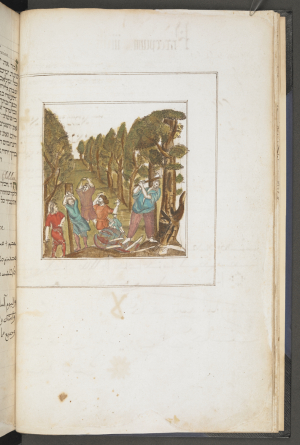 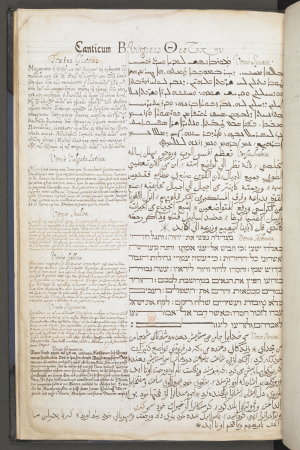 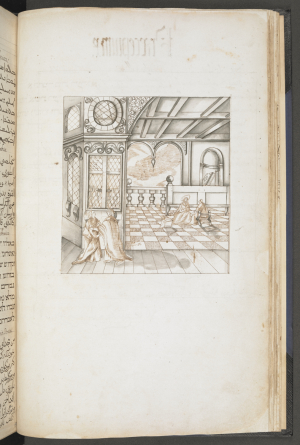 Heb19. This dataset includes 20 manuscripts from Harley MS 1743 to Or 12983. It contains many manuscripts looking at language and translation, including several Hebrew-Latin dictionaries and grammars, a 17 – 18th-century copy of the Psalms with Greek and Latin translations (Harley MS 2427), and Harley MS 7637, an 18th-century gospel of St Matthew in Hebrew translation. It also contains the 18 – 19th-century German manuscript ‘Perek Shirah’ (Or 12983), a midrashic commentary with a Yiddish translation. 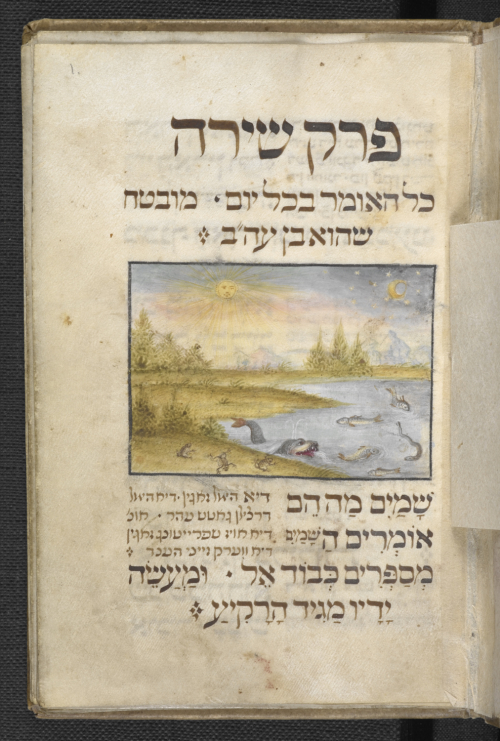 The dataset also includes two early copies of parts of the Talmud – one of the central texts in Judaism. Harley MS 5794* (this manuscript has since been renamed in the British Library catalogue as Harley MS 5794A) contains sections of the Mishnah of Tractates Avot and Zeva’im, and was written in Spain in the 12th century. The manuscript Harley MS 5508 contains eight tractates of Seder Mo’ed from the Babylonian Talmud, and it was written in Spain in the 12th or 13th-century.

Heb20. This dataset includes 32 manuscripts from Or 2486 to Or 2508. It includes many different biblical commentaries and Midrashim (biblical exegesis) in Persian, Arabic, and Judeo-Arabic. Some of these range from as early as the 13th century (such as Or 2494 – Or 2497).

The dataset also includes the Torah scroll Or 13027. This 30 metre, 18-19th century scroll was digitised alongside its silk mantle, which was extensively restored by the British Library’s textile conservator Liz Rose. An article discussing her work can be seen here. As part of the Hebrew Manuscript Digitisation Project’s digital scholarship activities, this Torah mantle was 3D modelled by Dr Adi Keinan-Schoonbaert. You can read more about 3D imaging within the British Library here, and the 3D image of the Torah Mantle can be viewed, annotated and downloaded from Sketchfab. 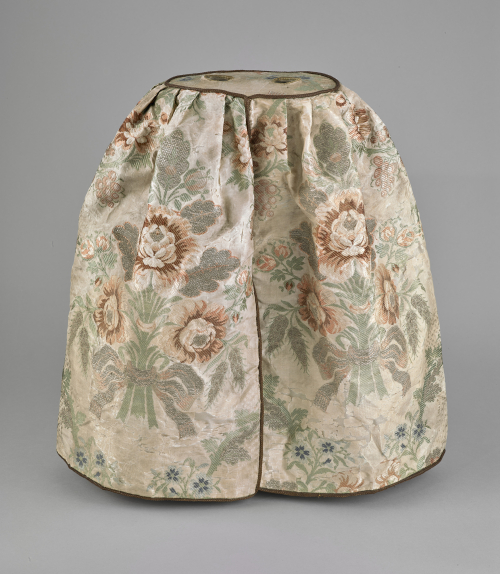 Heb21. This dataset includes 33 manuscripts from Or 2518 to Or 5834. It includes many Arabic and Judeo-Arabic commentaries ranging in age from the 10th to the 16th centuries, such as on the Psalms and other biblical books from the Prophets and the Hagiographa. The earliest of these (Or 2552) is a collection of commentaries on Ecclesiastes and Lamentations, and Japheth ben Ali's Arabic commentary on Job. Japheth ben Ali is considered to be the foremost Karaite commentator on the bible, and he lived during the ‘Golden Age of Karaism’ in the 10th century. He died sometime in the second half of the 10th century, and so this manuscript, dated between the 10th and 11th century, could feasibly have been copied during his lifetime, or by someone who knew him directly. 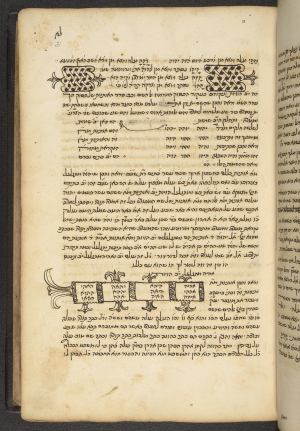 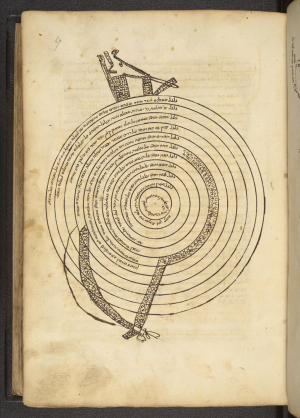 Heb22. This dataset contains 32 manuscripts from Or 6236 to Stowe Ch 297. As well as several commentaries, a magic spell, and the Revelation of St John in Hebrew translation (Sloane MS 237), this dataset includes six different Jewish marriage certificates (Ketubot) dating from between 1711 and 1835, and a discussion on marriage law from the 15th century (Or 6358).

Stowe Ch 297 is part of the British Library’s fascinating collection of English charters dating to before the expulsion of the Jews in 1290. It is a French quitclaim with a Hebrew docket dating from 1266, in which Beatriz of Rattlesden, the prioress and the convent of Flixton is released from any obligation on the lands she and her convent acquired from Oliver Buscel.

Or 6360 is a 17-18th-century collection of astrological, kabbalistic and magical fragments. It includes ‘Sefer ha-Levanah’, an astrological book about the stages of the moon’s orbit, and ‘Mafteah Shelomoh’, a Hebrew translation of part one of the 14th or 15th-century grimoire ‘Key of Solomon’, one of only two versions that exist in Hebrew (part two, in Or 14759, is in the process of being digitised as part of Phase 2 of the Hebrew Manuscripts Digitisation Project). The text is attributed to King Solomon, and it would have been written originally in Latin or Italian. It includes invocations to summon the dead or demons, and compel them to do the reader’s will. It also includes curses and spells such as for finding stolen items, invisibility, and love. 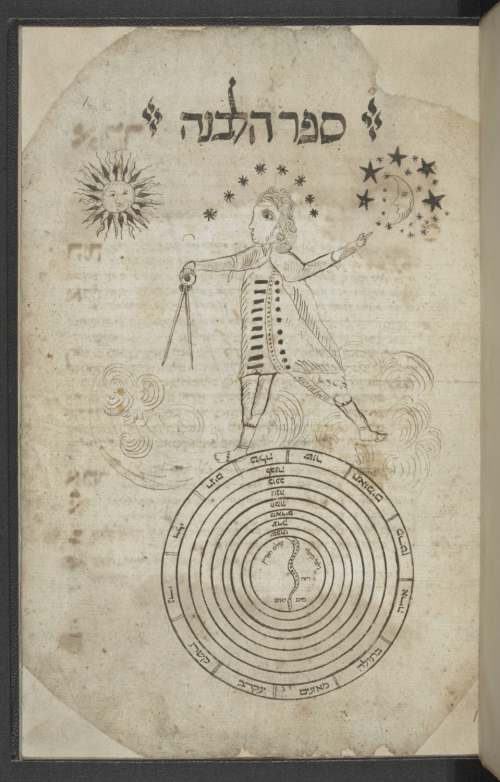 Collection of Astrological, Kabbalistic and Magical Fragments, unknown, 1600–1700. Or 6360, f. 1r: the first page of ‘Sefer ha-Levanah’, with an Astrologer

Posted by Ursula Sims-Williams at 4:49 PM