The Arrival of the Black Ships

2018 marks the 150th anniversary of the Meiji Restoration, a pivotal event in Japanese history which heralded an era of dramatic political, social and cultural change as Japan emerged from centuries of self-imposed isolation and sought to take its place on the international stage.

During the Meiji Period (1868-1912), Japan was transformed from a feudal society where power lay in the hands of the Tokugawa Shoguns and hundreds of local lords or Daimyo controlling a patchwork of fiefdoms, to a centralised, constitutional state under the nominal leadership of Emperor Mutsuhito (1852-1912). This transition was marked by the inauguration of the new reign name of Meiji or ‘Enlightened Rule’ on 23rd October 1868.

To commemorate this major anniversary the British Library has digitised a manuscript handscroll Or.16453 depicting the arrival in Japanese waters in July 1853 of the American Commodore Matthew Calbraith Perry (1794-1858) and his squadron of four warships. Perry’s arrival triggered a long chain of events that led ultimately to the revolution of 1868. 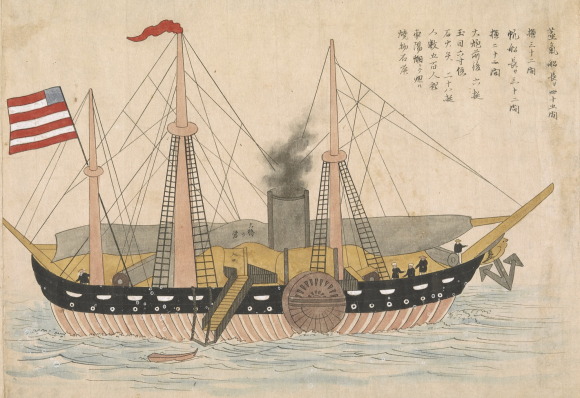 Fig.1. One of Perry’s steam-driven Black Ships. Detail from British Library manuscript Or.16453

In November 1852 Perry had been dispatched by US President Millard Fillmore to establish diplomatic relations and ensure the opening of Japan’s ports to trade. On 8th July 1853 the squadron of four ships –steam-driven paddlewheel frigates Susquehanna and Mississippi and sailing sloops Plymouth and Saratoga – appeared off Uraga heading towards the city of Edo, seat of the Shogun’s government. The sight of these smoke-belching, black-hulled vessels, which dwarfed any ship the Japanese had seen before, must have been awe-inspiring and they were quickly nicknamed the Kurofune or ‘Black Ships’. Following their arrival there was intense activity on shore as local officials sent desperate requests for help to the government in Edo. Over the next few days, in an attempt to stonewall Perry while they waited instructions, a succession of unfortunate junior officials were sent out to the Susquehanna, Perry’s flagship, in an attempt to persuade Perry and his fleet to leave for Nagasaki, the only port designated for foreign trade. The Americans refused and fired off blank shots from their cannon, supposedly to celebrate Independence Day but also as an unsubtle hint of their superior firepower. 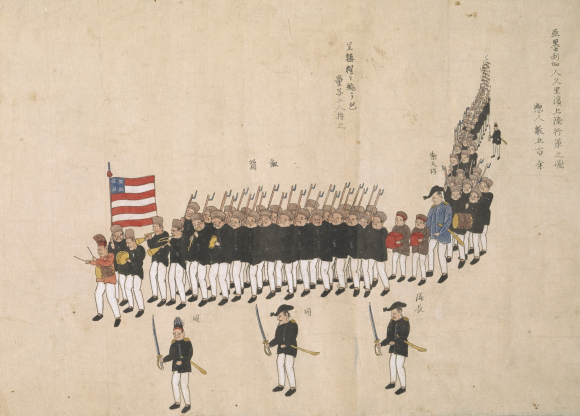 Fig.2. Perry and his crew march to the official reception at Kurihama. Detail from British Library manuscript Or.16453

Eventually on 14th July Perry was allowed to land at Kurihama for a meeting with local dignitaries. He marched in considerable pomp with a large contingent of marines and sailors, accompanied by a military band playing ‘Hail Columbia’ while the Susquehanna fired a 13-gun salute. The scroll gives a vivid impression of the scene with the procession of Americans snaking into the distance[1]. They are preceded by the musicians and the US flag while in the centre walks Commodore Perry accompanied by two cabin boys bearing boxes, probably bearing official gifts or the President’s letter. 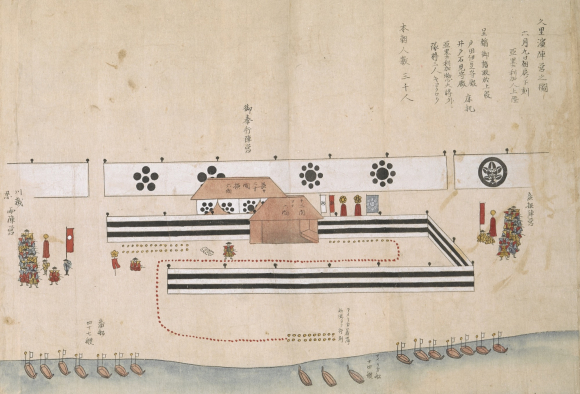 Fig.3. Site of the official reception at Kurihama. Detail from British Library manuscript Or.16453

The official reception took place in a hastily constructed camp where Perry, accompanied by three of his commanders, presented the letter from President Fillmore to the two Bugyō (Magistrates) of Uraga, Toda Ujiyoshi 戸田氏栄 (1799-1858) and Ido Hiromichi 井戸弘道 (died 1855). With the first stage of their mission accomplished, Perry and his fleet sailed away on 17th July promising to return the following year. As the ships disappeared over the horizon, the watching officials no doubt breathed a sigh of relief but the respite was only temporary and Japan was already on the path to upheaval and civil war.

The British Library scroll Or.16453 is untitled, anonymous and undated but must have been produced shortly after the events it depicts, possibly as an official record. It measures 3.2 metres in length, composed of 8 sections, and the text consists of short captions accompanying the illustrations. A note at the beginning states that the American ships entered Edo Bay on the 3rd Day of the 6th Month of the 6th Year of the Kaei Era (8th July 1853) and they remained until the 14th Day of the 6th Month (19th July) [actually they left on the 17th July]. The first panel depicts some of the US crew - two slightly bored-looking marines resting on their rifles and two luxuriously whiskered officers brandishing swords. They are described as being from the American ship ‘Washington’, although no vessel by that name accompanied Perry. 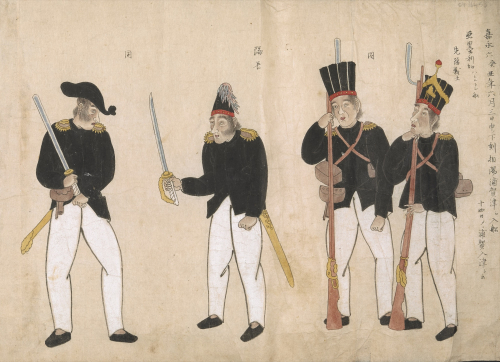 Fig.4. Crew of the Black Ships. Detail from British Library manuscript Or.16453

The artist may have been allowed on board one of the vessels or at least been an eye witness to events since the scroll depicts events and people in considerable detail. For example the second panel shows an array of headgear and musical instruments and the third has pictures of a rowing boat both empty and crewed by sailors and marines. The fourth section is a magnificent picture (Fig.1) of one of the steam warships with its massive paddlewheel on the side and a huge ‘Stars and Strips’ fluttering from a flagpole.

Next is the illustration of the American procession, followed by a detailed diagram representing the Japanese procession of over 1,000. Unlike the Americans, the members of the Japanese delegation are not shown in person but indicated by dots and banners with descriptions of who was who.

Fig.6. Diagram of the Japanese delegation’s procession. Detail from British Library manuscript Or.16453

The penultimate section shows the specially constructed camp at Kurihama (Fig.3), where the official meeting took place between the representatives of the two sides – the Magistrates Toda and Ido for the Japanese, and Perry and three of his commanders for the Americans. The route taken by the US contingent is carefully indicated by a line of dots leading up from the shore. 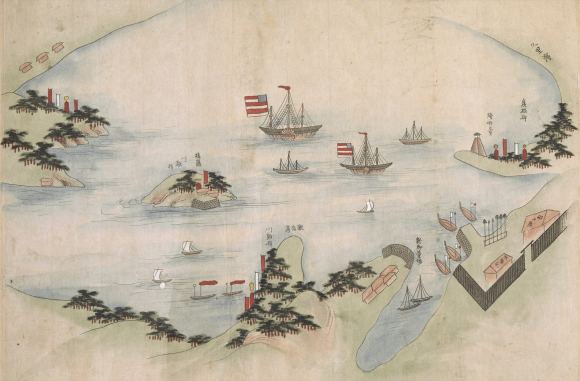 Fig.7. The Black Ships at anchor off Kurihama. Detail from British Library manuscript Or.16453

When the Black Ships departed, they left in their wake a nation in profound disagreement as it faced the challenge of dealing with the advent of the western powers and their demands the opening of Japanese ports to international trade. The existential threat posed by the Black Ships and the world they represented led to deep divisions with the Japanese ruling elite and the population at large. Traditionalists sought to maintain the status quo and keep the foreign ‘barbarians’ out at all costs while reformists believed that change was inevitable and that Japan could benefit from interaction with western nations. The ensuing 15 years of internal disagreement, political machination, diplomatic skulduggery, intimidation and violence on all sides ultimately led to the collapse of the Tokugawa regime and the emergence of a new political and social order.

[1] The procession numbered some 250 individuals but the scroll exaggerates this to 500.